‘For the First Time in India, We Have Created a Knowledge Base in the Area of Air-Launched Missiles’ 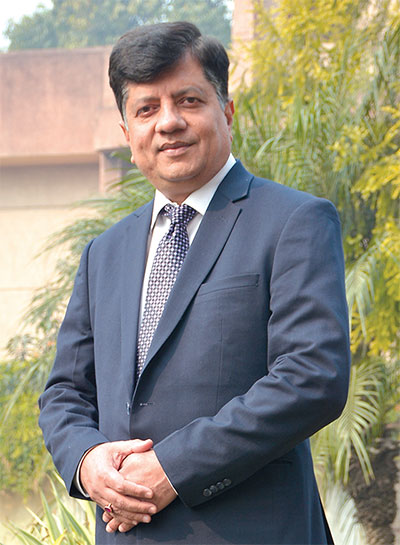 Following BRAHMOS’ successful demonstration of capabilities for the Indian Navy and Indian Army, the Indian Air Force (IAF) decided to take advantage of this indigenously produced weapon. The IAF realised that they could use the cruise missile for air-to-ship and air-to-ground applications. This called for three major developments:

Since any modifications for the Su-30 required approval from the Sukhoi Design Bureau (SDB), and moreover, SDB quoted astonishingly high price for the same, BrahMos Aerospace decided that it would like to synergise the capabilities of Indian aircraft designers, developers, and manufacturers along with certifying agencies for an indigenous solution.

The golden moment for Indian aerospace engineers and scientists was when my predecessor Dr Sivathanu Pillai, stated that “One day we have to bite the bullet. Why shouldn’t we do it now?”

So, we decided structural modifications of the aircraft. Both Dr Pillai and Dr R.K. Tyagi, the then CMD of HAL were the twin minds behind the BRAHMOS air version who decided to bite the bullet together. Dr Tyagi and his development team studied the existing structure of the aircraft. They redesigned and modified the structure of the Su-30. They stripped open the aircraft and carried out the modifications. Moreover, they developed several new materials and metal joining technologies and completed the task in a record time of 23 months, which was well ahead of schedule. After subsequent modifications, the aircraft was subjected to ground vibration tests in the fully-loaded condition, which it passed successfully. Almost four years ago, the aircraft was symbolically handed over to BrahMos Aerospace. DRDO Labs in Bangalore, such as DARE (Defence Avionics Research Establishment), DRDL (Defence Research and Development Lab), and RCI (Research Centre Imarat) among others were fully involved in the developmental process of the air version.

With regards to the launcher, nobody has developed a launcher till now in the history of Indian aviation. BrahMos Aerospace is the first engineering company to have successfully developed a launcher. In this effort, different labs of DRDO like DRDL, RCI, DMRL (Defence Metallurgical Research Laboratory), R&DE (E) and Ordnance Factory Ambajhari developed the launcher alongside BrahMos engineers. We have developed one of the most complicated, reliable, and the largest missile launchers with a length of approximately six metres designed to carry 4.5 tons load. However, keeping the safety factor in mind, the launcher is cleared for 3 tons of payload with the air-version of BRAHMOS weighing approximately 2.65 tonnes compared to the 2.9 tonnes for the land and sea versions.


In this, the Software Development Institute (SDI) of IAF, along with DARE and BATL (BrahMos Aerospace Thiruvananthapuram Ltd) played a vital role. Considering the missile that is air-launched already has a speed advantage of the aircraft it’s launched from, we were able to cut down on the boosters. The air version also has a different nose cap and an additional tail fin. This project, too, had many institutions involved namely HAL, OFB, DRDO labs, NAL Labs, IIT-Mumbai, Zeus Numerics and several other manufacturers in the private sector. The certifying agencies namely CEMILAC, DGAQA & MSQAA played a great role and have demonstrated that they have reached the maturity level of competence. Manufacturing companies like HAL, BATL, Data Patterns, Anant Technologies, Park Control, NuCon Pneumatics and VEM Technologies played an active role.

For the first time in India, we have created a knowledge base in the area of air-launched missiles. You will be able to appreciate the complexity of the task if you see several videos are available on YouTube, which demonstrate how the aircraft gets hit right after separation. BrahMos Aerospace has been lucky in this regard. We were successful in our very first flight test on 22 November 2017. We are the first company in the world to integrate such a missile to fighter aircraft. Usually, long-range and heavy air launched missiles are integrated into bombers but we are the first to integrate a supersonic cruise missile of such range into a fighter aircraft.

Regarding the Russian contribution, they primarily worked on the missile software and on-board computers which were modified. This was a major development because unlike the other two versions (naval and land), the air version gives the option of air-to-ship and air-to-land. On the hardware side of the missile, there were quite a few major modifications. The suspension points on the aircraft were relocated. The booster was reworked and an additional row of fins were introduced for stability. This was all done by the Russians.