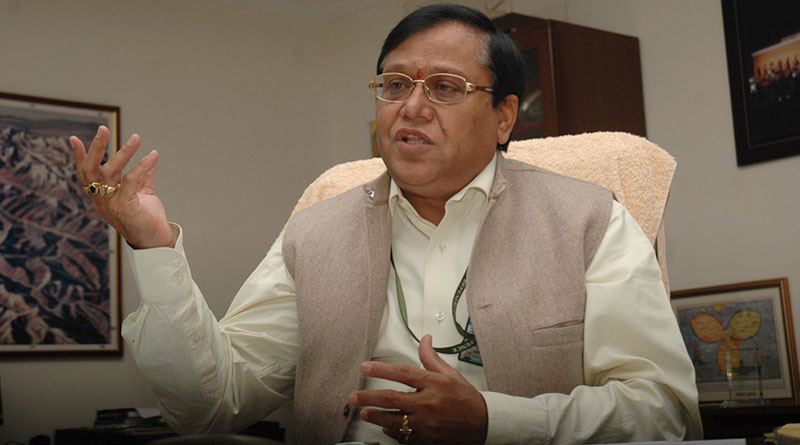 Replugging the FORCE interview with the then DRDO chief Dr V.K. Saraswat from the March 2010 issue of FORCE

Are you talking about PDV?

Yes, the modified PAD will be PDV and it will have two changes. The first stage of PAD which is a liquid motor will be replaced by a solid motor stage with high energy levels. The second stage, ‘kill-vehicle’ has also been modified for higher interception accuracy. Earlier, in PAD, we had an RF seeker. Now we are introducing Imaging Infra Red (IIR) seeker also for higher accuracy. PAD also has ‘divert thruster’ on the second stage to bring better accuracy and controllability. The PDV will be tested by the end of this year, with these new features.

In your last interview you mentioned that the length of the PDV will be one metre more than the PAD.


You have been quoted as saying that phase I of the BMD will be operationally deployed by 2011. What does this mean?

Our commitment is to complete the flight trials of the phase I interceptor for the 2,000km range missile by 2011. By 2013, we will realise all the other elements, including radars, required for strategic defence.

What is meant by saying that ‘we will realise all the other elements’?

Who will produce the interceptors and the other elements?

Regarding other elements, let’s talk about the Long Range Tracking Radar (LRTR). The present one that you have is of Israeli origin (Green Pine radar) with the range of 600km. How do you plan increasing this range, and will outside assistance be sought?

We are planning to enhance the detection range of the existing radars. The exact range is classified. However, considering that we now have the capability and the capacity to build all elements of state-of-the-art radar, the range enhancement will more or less be an indigenous effort.

‘We are planning to enhance the detection range of the existing radars. However, we now have the capability and the capacity to build all elements of state-ofthe- art radar, the range enhancement will more or less be an indigenous effort’

Are there any plans of using satellites and air (Synthetic Aperture Radar and Infra Red means) for LRTR?

We have plans for this, but the availability of satellite with required payload called the missile monitoring system payload is likely to take four to five years. But the process is on. Regarding air, until our own AWACS system gets deployed, we cannot integrate that. What we have done is through the air force network and air defence network and mission control centre we have integrated the entire command and control structure including data transmission. So when these platforms are commissioned and our own AEW & C gets going, we will have the early warning, detection and tracking through these assets.

Are you saying that until the AWACS and AEW & C systems are not commissioned, your BM/C3I (battle management and Command, Control, Communications and Intelligence system) for the BMD will not be realised?

This is not correct. I will have all the needed systems for BMD phase I as mentioned to you by 2013. What it means is that once I have air and satellite assets available, I will have more reaction time for ballistic missile defence. Let’s say that today I have 120 seconds available to me between detection of a missile and its interception. Once I have air- or satellite-based assets, they give me a dual advantage by providing early warning as well as early cue to the LRTR. What this means is that of now I have 150 seconds available to me, I can enhance the interception from 100km to a higher altitude. Thus, the present system does not have any deficiencies; it will get better once the additional assets are available. I will get 20 to 30 per cent incremental advantage, both in detection and interception.

Are you planning any incremental changes in the MFFCS (multi-functional fire control system) that you have acquired from Thales that has the range of 350km?

The MFFCS is fine and does not need any further modification.

How many more interceptor tests have you planned?

As I mentioned, the PDV test is slated for later this year and an AAD test will be done in March 2011. The range for AAD will be 15 to 18km.

‘I will have all the needed systems for BMD phase I as mentioned to you by 2013. What it means is that once I have air and satellite assets available, I will have more reaction time for ballistic missile defence’

What are your plans for phase II?

In phase II, we plan to take on targets with ranges till 5,000km. This has two implications: One, the targets come to you at a higher velocity, and two, they come from higher altitude. For these targets, early warning and incremental increase in detection becomes essential. For this reason, it is important that the range of the long-range tracking radar be more than 1,000km. We have started work on this and it will take up to three years. When I say that this will be indigenous, it means that design and development will be done here, while computers and certain other essentials like TR modules will be procured from outside. You know that it is neither possible nor desirable to make everything within the country. Once work on radar is going on, we will also be working on the AAD 1 and AAD 2.

For such targets, the interceptors need more agility, higher energy and higher speed. For example, AAD 2 will have speed of Mach 6 to 8, which is completely hypersonic. Today, the speed of AAD is between Mach 4 and 5, and is being called high supersonic. We will also increase the endo-atmospheric interception to more than 30km altitude. Similarly, the exo-atmospheric interception will cross the 200km altitude limit. The design for both these interceptors has been completed and we are already in the propulsion testing mode. Considering that they are new missiles, this process will take time. Roughly, we are looking at 2015 when phase II interceptors will be realised.

You have been quoted in the media saying that India is ahead of China in BMD. What does this mean?

I have been quoted out of context. What I had said was that we have taken steps to develop BMD from 1995 onwards. The Chinese have also started their work. They have shown satellite interception and recently on January 13, they have shown ballistic missile interception. That is all I said and this cannot be interpreted as saying that India is ahead of China. I also told them that I do not know when the Chinese actually started work on BMD. As a scientist, if I have to say anything, I would say that they have already demonstrated satellite interception capability, so in a way they are ahead.

You have also been quoted saying that like China, we do not need to demonstrate satellite interception capability. What does this mean?

Demonstrating satellite interception is not something that is necessary to acquiring this capability. Satellite, as you know, has a predictable path, whether it is in the polar, low earth or any other orbit. To check my interception capability, I can always simulate satellite path electronically. I will generate an electronic scenario at the launch-pad as if I am getting the data from another satellite or ground-based radar and take that as the inputs to my mission-control centre and then launch as interceptor. Since the path is known, I can accurately know if I have hit the target or not, unlike the ballistic missiles, where the path can be unpredictable because of aero-dynamic and many other reasons. So technically, we have concluded that we do not need to check our building blocks to ascertain whether we have satellite interception capability.

‘These days, we have a lot of capability that actual flying tests are not required. Every time we make a change, we don’t have to flight-test the capability’

Why have the Chinese felt the need to demonstrate satellite-interception capability?

I do not know. Only they can answer this question.

Is there any benefit in seeing an actual demonstration?

There are no technical benefits but maybe there are other benefits including 100 per cent assurance. These days, we have a lot of capability that actual flying tests are not required. Every time we make a change, we don’t have to flighttest the capability.

You have also been quoted as saying that we don’t need to build and store missiles as we have the capability to convert two weapon systems at short notice. The question is, a certain number of missiles will always need to be made and stored as, after all, how short is the short notice. Would you agree with this?

This statement was made to the media in the context of the Agni missile. You will appreciate that the Agni class of system is not a tactical missile. When you talk of strategic missiles and you don’t have a threat today for these class of weapon system, and I was saying this in the context of an ICBM then there is no need to make and store these weapons.

Are you saying that certain number of the Agni series of missiles, including Agni I, Agni II and Agni III have not been made and stored?

No, this is being done as per the requirement. 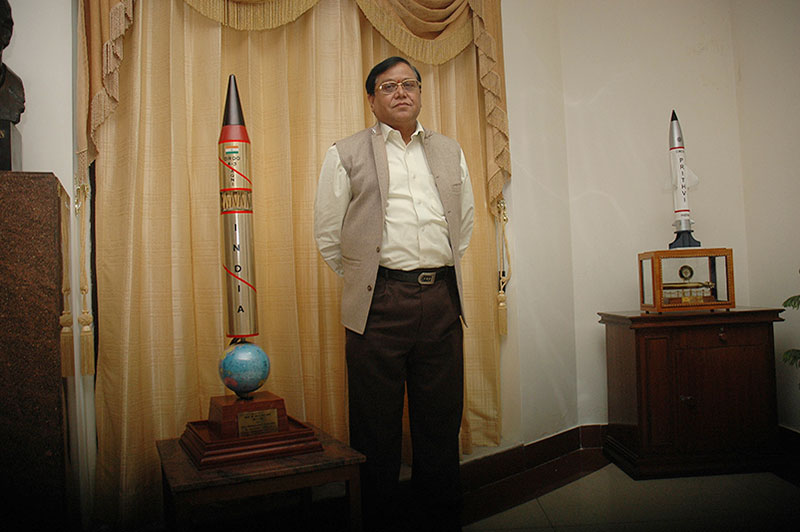 Which is the production agency?

BDL is the production agency and they are well geared up for producing these series of missiles.

Another statement attributed to you is that you are making Multiple Independent Re-Entry Vehicles (MIRV)?

I never said that we will make the Multiple Independent Re-Entry Vehicles. We have no plans for MIRV. All I said was that we are working on Agni V.