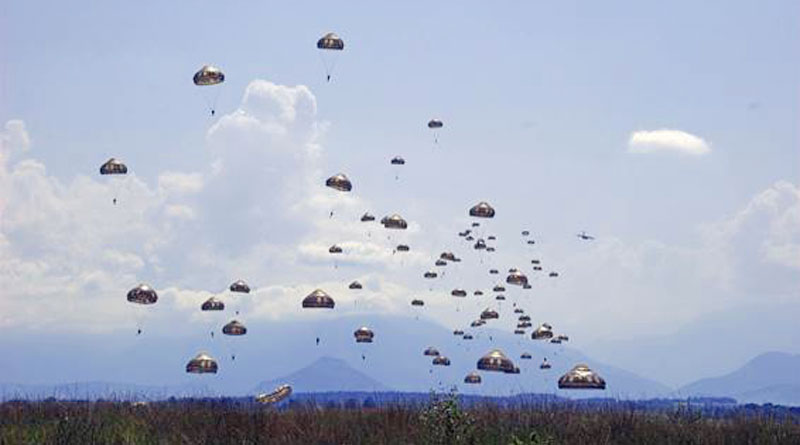 The Airbus A400M new generation airlifter achieved certification of the simultaneous paratrooper dispatch capability and completed the full industrial development of the type’s paratrooping deployment capacity. The maximum dispatch is of 116 paratroopers using both side doors (58 + 58).

The A400M excels in its paratrooping role, being able to carry 116 paratroopers who can jump two at a time from the ramp in freefall, or through the paratroop side doors with automatic parachute opening, a state-of-the-art capability that greatly increments its operational possibilities.


A press note by Airbus stated, “The certification fight test, completed in May 2020 in coordination with the French Armament General Directorate (DGA) and supported by the French and Belgian Armed Forces combined an extensive paratrooping campaign of more than 1,000 jumps along with the implementation of new capability development methodologies based on recording and 3D modelling of paratrooper jump trajectories.”

“This certification completes a challenging journey to achieve this next generation capability. The achievement reinforces the strategic value the A400M already offers to air force operators and society, as demonstrated during Covid-19 times,” said Dirk Hoke, Chief Executive Officer of Airbus Defence and Space.