Did India respond appropriately to Pakistan Army’s recent ceasefire violations on Line of Control (LC) or should it have done something more or different, is the question at the heart of both bilateral relations between India and Pakistan and India’s possible foothold in Afghanistan after 2014. 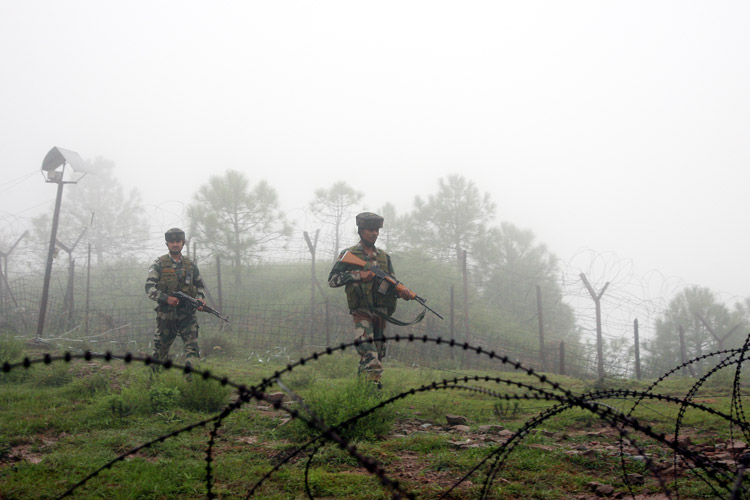 Start with the recent killing of five soldiers on the LC in Poonch by Pakistani troops. This was preceded by beheading of a soldier in the same area and followed by regular ceasefire violations along the entire LC. When the soldiers were brutally murdered, the Parliament was in session. The Chief of Army Staff (COAS), General Bikram Singh, reportedly air-dashed to Poonch to get the first-hand account. A court of inquiry into the incident was ordered. Preliminary investigation suggested that the killed soldiers who were on night patrol had fallen asleep. Meanwhile, the defence minister, A.K. Antony, first obfuscated the matter in Parliament but then was forced to accept that the Pakistan Army was behind the dastardly act. The opposition parties led by BJP pressed the government to explain why talks with the newly-installed Prime Minister Nawaz Sharif planned for September on the side-lines of UN Security Council session in New York should be held under these circumstances. The government under pressure finally announced that summit level talks with Pakistan are off the table. During the unfolding of the above narrative, the media went hysterical with high decibel breast-beating.

As the crisis underscored two aspects on LC — ceasefire violations and killing of soldiers — these should be put into perspective. There is a marked difference between ceasefire violations and ceasefire being called off. The first is a tactical matter to be handled by commanding officer (Colonel) of the unit on LC where ceasefire violations have happened. The second is a strategic or national issue of concern because the 10-year old ceasefire on the LC starting 26 November 2003 is over. What differentiates the two is whether artillery or gunfire was used. Small arms and mortar fire are violations of ceasefire, while gunfire which is the deadliest of land-based firepower implies burial of ceasefire agreement. After artillery fire, it can only be air force fire, which would be all-out war. With the Army Headquarters having confirmed that artillery was not used by either side, it is clear that the Pakistan Army had no intention of engaging itself on the second front with the Afghanistan front approaching criticality.

Once this is understood, two questions arise for the COAS: Did he explain the crucial difference between ceasefire violations and ceasefire going up in smoke to the political leadership? If he had, the government surely would have told the nation why ceasefire violations and talks with Nawaz Sharif are different issues. Not talking with Sharif is playing into the hands of the Pakistan Army, which employs militants as its first line of offense. Talking with Sharif would not have delivered spectacular results like the pending Most Favoured Nation (MFN) status to India, but four advantages would have accrued: there would have been an added pressure on Sharif to wrest Pakistan’s India policy from the Pakistan Army; formal talks for improving bilateral relations through confidence building measures (CBMs) would have commence; and people-to-people contacts will not have got strained.

Most importantly, with India and Pakistan governments talking to one another, it would have helped President Hamid Karzai to work out a trilateral relationship post 2014 resulting in a genuine Afghan-led dispensation in Kabul. Karzai had hoped that with India having signed a strategic partnership in 2011 and invested over two-and-half billion dollars in Afghanistan in last 12 years, he could get lethal arms from India to strengthen his army against the Taliban onslaught. This would have assisted him talk reconciliation with Taliban from a position of strength. Both things have not happened. It is, thus, a weak Karzai who recently visited Pakistan seeking Sharif’s help for peace talks with the Taliban, who unfortunately are not under his control but live under Pakistan Army’s patronage. This is the strategic gain made by the Pakistan Army by ceasefire violations on LC: it wins, while India, Sharif and Karzai lose.


The other question is why did the COAS rush to Poonch when he could have got the ground-report faster sitting in his South Block office? By going there, the COAS reduced himself into a tactical level leader, and also demonstrated scant faith in army’s chain of command. What good are so many one to three star officers in Jammu and Kashmir if the COAS had to go and personally debrief the sole surviving soldier? Media reports said that the COAS went there to order field commanders to respond aggressively. If true, why is the army on the military-held line defensive, and will his mere telling them to become aggressive be enough? The answer to this query will be what the army wants; does it want a quick-fix or it desires to remove the deep malaise which has penetrated the army’s soul and threatens its being.

Reports indicate that the army has gone for the easy way out. The ordered court of inquiry into the killings will pinpoint blame; the commanding officer of the unit which lost soldiers will be pronounced unfit for further promotion, his immediate seniors will draw flak, and a few other routine measures would be taken. Unfortunately, the larger picture will remain untouched because the army will not take the required five actions: One, dismantle the fence on the LC which instils a defensive mind-set. Two, get back to its primary task, which is prepare for war. Three, the army should progressively hand over counter-insurgency tasks in J&K to paramilitary forces and state police. Four, senior officers should resist temptation to offer army services for running of civil administration in their station. This is done to endear themselves to the political and civil leadership. The cost is an overstretched and tired force. Is it then surprising that soldiers were napping on the LC when they were attacked by the Pakistan Army!