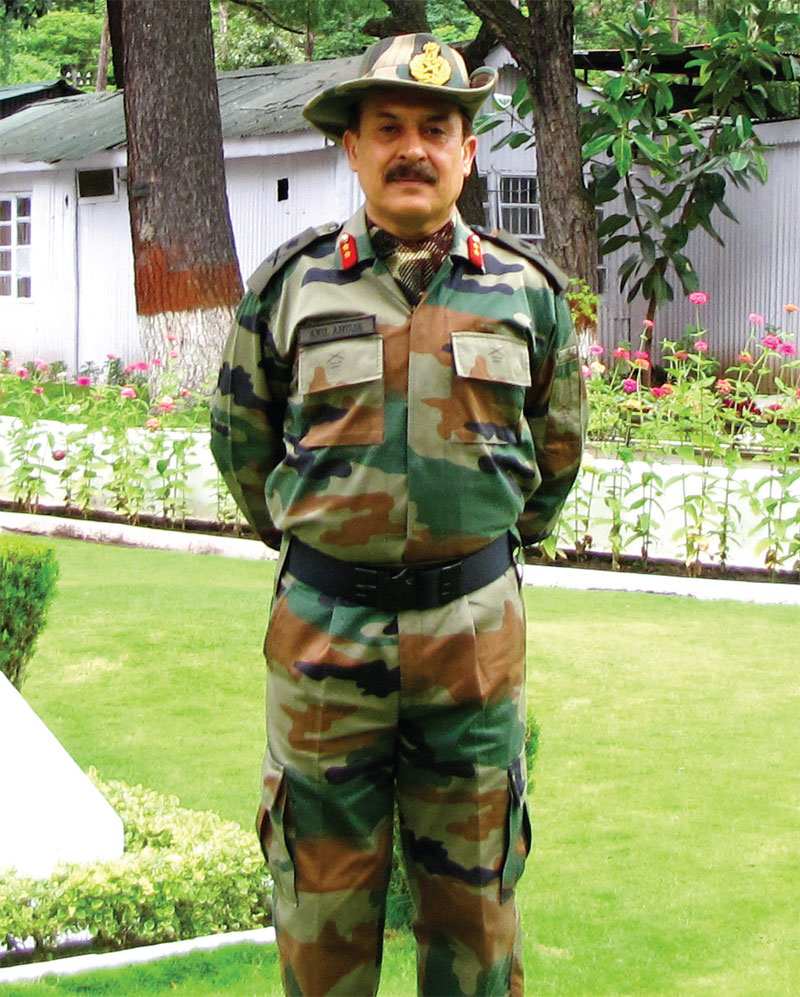 What are your challenges and responsibilities?

My primary challenge in this area pertains to the terrain and climatic conditions. Most of our  areas of operations range from 10,000-12,000 ft to 15,000-16,000 ft. These coupled with heavy rainfall and the young mountains impact on our logistics. Given all this, my first  responsibility is to ensure that the men under my command are physically fit and battleworthy, with high morale. My second responsibility pertains to weapons and equipment. Equipment has varying performances in different terrains and altitude; hence, to keep them in a battle-worthy state is another challenge.

What is the significance of Tawang and Se La today?

Tawang is the youngest district of Arunachal and also the biggest town. It has immense significance because it is home to the second oldest and biggest monastery in Asia. The place is revered by the Buddhists. So to that extent, Tawang has a name and reputation,

as also is the most significant town in my area of responsibility. Although a border town, it is full of life and happenings. On the other hand Se La is a formidable pass in the rear. It is basically a terrain feature, which has seen heroic actions in the past and continues to inspire our soldiers. While approaching Se La, a breathtaking sight overcomes you, due to its pristine beauty.

Going beyond the military-civic actions, in operational terms, what is your level of interaction with the civil population?

We have the Headquarters of the Unified Command, which is chaired by our Corps Commander, wherein he interacts, both, with the Government of Arunachal Pradesh as well as Assam. Arunachal is a frontier state, with a population of one million people. It is important for everyone to be in synchronisation with each other. At my level, I interact frequently with the District Authorities. People are extremely friendly and forth-coming in this State. In fact, they are extremely patriotic and closely associated with all affairs. We also work closely with the people organising camps for health or any other requirement.

This only reinforces our ties with one another.


In your Area of Responsibility (AOR), what is the role of the Indo-Tibetan Border Police (ITBP) Force and what is your level of interaction and coordination with them?

ITBP is a professional force. Just as we have our responsibility of manning the borders, so do they. They are doing their job well. We coordinate with each other on aspects of joint training, operational and administrative matters. We share quite a few common facilities. While, they have their own chain of command, at operational level, we coordinate issues with each other. I regularly interact with their Inspector General and Deputy Inspector General. In areas where we are near co-located, we conduct joint patrolling as well. This also helps in knitting the two teams together, as each force adds to the other’s core competencies.

In terms of weapons and equipment, including surveillance, which are the areas where you would want more?

There are a number of programmes, which are in pipeline. We are prepared at all the times for all eventualities.

In your AOR, how many posts would be in high altitude areas?

My command is spread over various altitudes requiring First, Second or Third stages of acclimatisation.

Do any of these need to be maintained by air?

Very few, which are not well-connected by road. We have sufficient yearly allocation for air maintenance of these posts and get regular support from the Indian Air Force for the same.

What welfare activities have you initiated or plan to initiate in your command both for men and officers?

I see welfare as a great opportunity for me, rather than a challenge of command. To my mind, welfare is instilling a sense of well-being in an individual. The best welfare is to ensure that the men are well trained, both in operational and administrative matters. In my AOR, the officers and men share the same privations and privileges. My emphasis is to give them basic facilities like good and well-lit accommodation, provision for hot water in inclement weather, regular entertainment, timely leave and so on, to ensure their well-being. In material terms, rations and clothing have improved and so have the salaries. But more than that the men want more opportunities for their children, which is being made available to them.