CAPFs should be led by officers from its own ranks 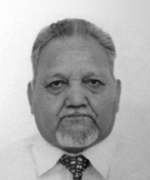 Recently an article had appeared in the e-newspaper, The Print, written by a famous police officer expressing his views on the happenings in Central Armed Police Forces (CAPFs). He appeared to be very upset with few officers from the CAPF who were creating a tamasha through indiscipline and slandering of the IPS. He was uncomfortable with the officers who were trying to seek justice. He seemed upset with a few conscientious cadre officers having vested interest to have moved the courts in individual capacity daring to challenge the police leadership and their strong association.

He also had objections to the CAPF officers trying to express their grievances to the authorities and the approach adopted by police leadership in delivering the legitimate benefits to CAPF members. He, however, maintained complete silence on the approach adopted by police leadership in implementing the decision of the Delhi High Court and getting approval from the Cabinet to grant Non-Functional Financial Upgradation (NFFU) and Organised Group A Service (OGAS) status to the CAPF. The retired police officer only tried to deflect the issue that CAPF officers have always opposed the move of the Indian Police Service (IPS) officers to command the CAPF because it adversely affects promotional prospects of the cadre. This is another matter for debate and is not linked to the present crisis.


There is no denial that IPS officers played an important part in raising CAPFs like Border Security Force (BSF), Indo-Tibetan Border Police (ITBP) and Central Industrial Security Force (CISF) and served in these forces for many years. Over the years, the forces and its members have grown, and comprise a strong cadre which is competent, experienced and knowledgeable. With time, the forces have stabilised now. The officers are senior enough to take on higher responsibilities, and thus have genuine aspirations. This is a cause of conflict, a clash of interest for the IPS leadership who feel they are still important to be holding control of these forces. The argument is that they belong to a superior service, are articulate, educated, connected and confident to interact with chief ministers and secretaries. The intent is to show cadre officers down, thus the need for police leadership. This has only resulted in consistent diminishing of trust and confidence between police officers and the cadre who actually work and lead the men in field. The gap in trust deficit is widening and has now started surfacing openly. Importantly, it is a challenge for senior officers to ensure that those under their command are not discontent as it would only result in disobedience and ultimately, indiscipline. Eventually, it will affect the operational and administrative efficiency. The CAPFs have enough reasons to feel helpless and aggrieved when they find out how the IPS leadership has been putting hurdles in the force’s functioning. They have no open channel or platform available to be represented by a strong association like CIPSA. Their communication channels are through the same very police leadership.

Like other CAPFs, the BSF was raised and nurtured by the illustrious police officer, K.F. Rustamji, who provided leadership and vision to the force. Similarly, we cannot overlook the contribution of many officers who came from the army and provided a strong foundation and lasting traditions through a systematic training regimen for all the ranks. A leader needs continuity and time at his disposal to provide long-term vision. In its long history the BSF has had few such director generals who came to the BSF only for a year or so. For the records, Prakash Singh served as Inspector General (IG) and additional director general, IPS, and later headed the BSF in 1993-94. He praised the BSF for achievements in combating militancy and was seen as a strong DG when he said, “My force is not going to serve tea and jalebis to terrorists in Jammu and Kashmir.” He had the shortest tenure spanning eight months as DG BSF to leave a mark worth being remembered. Will it not be proper for the government to think and appoint such officers who have full understanding of the force and the time to implement a vision. A total stranger heading the force for a year or so will take time to get acquainted and may not understand the workings of the force but certainly there is much more to commanding a force.

Presence of IPS in CAPFs has been considered vital by this writer for their calibre to coordinate with the state administration. All the units which are deployed for internal security, election duty, insurgency and anti-Naxal operational duty areas and disaster management duties are led by cadre officers only. Even on long-term deployment, practically every sector HQ/ḌIG HQ in CAPFs in Jammu and Kashmir, anti-Naxal Operations (ANO) and insurgency affected areas and states are mostly held by cadre officers only. So, what role are these IPS officers playing and from which office location? As on date, all except one frontier and all the sectors in the BSF in disturbed and active areas are headed by cadre IGs/DIGs. Similar must be the case in other forces. The personnel from which force and ranks have been engaged in fighting militancy, naxalism, insurgency and maintaining law and order for decades now is clear from the list of martyrs who lay down their life, when their names are read out every year on October 21, the day when men from the CRPF laid down their lives in 1959 in Jammu and Kashmir. The men who operate on ground, lead their men and face bullet are different from the so-called co-ordinators who sit in their HQs. Yes, some are very good at this work to even earn a medal as well for their service.

The postings and transfers for cadre and IPS officers also have different parameters and considerations which also gives rise to feelings of discontent. Many of them are accommodated or adjusted to their place of convenience within six months. Few years ago, an IG during his tenure in the BSF had six transfers between Delhi and Shillong. In one case, location of a Ftr HQ was shifted out from operational area to suit convenience of a favourite officer. A practice has also been followed to not keep an IPS ḌIG under cadre IG, who despite 15-20 years more in service, is considered unworthy to command them. Similarly, in the past, allocation of directorates was made to ensure an IPS IG does not have the ignominy in his career to have served under a cadre addl DG. The police leadership has always been retaining the all-important and key directorates at FHQ and field for cadre and IPS officers, making the distribution unequal. Very rarely do cadre officers get the opportunity to interact with high officials during important meetings and visits. The tendency is to keep them in the background, do administrative jobs, prepare briefs and PowerPoint presentations. In fact, in the atmosphere of loss of trust, there is a need to have a mechanism and platform for direct interaction between the ministry and the cadre officers from different CAPFs at regular interval to have first hand, unfiltered version of the issues and viewpoints of the cadre.

The leadership is expected to train and groom the command to take on higher responsibilities. Forces have grown from grassroot to senior positions, the police leadership has turned a blind eye towards this need of organisations for the sake of continuing few posts in CAPFs, cadre growth was neglected, the conditions and rules for promotions have been framed which lead to stagnation and frustrate cadre officers. Only a few years ago, a cadre restructuring was undertaken in the forces for the first time on zero budget basis to provide some relief to cadre officers from stagnation. Few of the posts of the BSF personnel at unit level were identified to be surrendered and new posts in different ranks were created. Though these posts came up against surrender of the BSF manpower, instead of benefit of all new posts created accruing to these forces, the IPS leadership literally hijacked the senior posts to increase their original quota of 75 per cent in ADG, 50 per cent in IG and 80 per cent as ḌIG. Thus, the benefits of restructuring in the CAPF grabbed by the police leadership was enough to create loss of trust and faith in the minds of cadre officer who felt cheated for losing a sizeable number of posts in the senior ranks.

Yes, there are constitutional provisions that allow deputation of officers from particular class of service to provide their services to other organisations. They may even raise them in the early stages but they should accept after a point that they need to be left on their own. Policy makers should think about future of these forces in the national interest.

Sardar Vallabhbhai Patel’s famous quote “Bring about an optimum and uniform standard of administration throughout the country” is more relevant for those in administrative services. It would do well for the police to first reform and strengthen their own service and allow the CAPFs to expand as per their specified tasks and role, which is so different from the police. It will help them to remember that security forces by virtue of putting on khaki uniform are not the police.