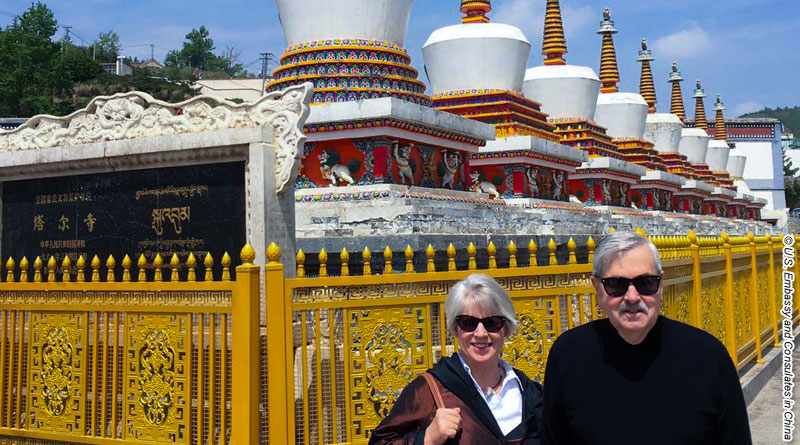 In the first such visit by an American envoy since 2015, Terry Branstad will be visiting Qinghai province and the neighbouring Tibet Autonomous Region

The US ambassador to China is on a visit to Tibet, the first by an American envoy since 2015 to the country, amid tensions between Washington and Beijing.

The US embassy spokesperson in China said Terry Branstad will be visiting Qinghai province and the neighbouring Tibet Autonomous Region from May 19 until May 25.

The US State Department had just two months ago claimed that Beijing had ‘systematically’ impeded access to Tibetan areas for US diplomats, journalists and tourists. This visit by the US ambassador comes two months later.

The embassy claimed the visit would provide a chance for the Ambassador to engage with local leaders to raise longstanding concerns about restrictions on religious freedom and the preservation of Tibetan culture and language.

The statement said the ambassador welcomed the opportunity to visit the Tibet Autonomous Region, and at the same time, urged authorities to provide access to the region to all American citizens.


The ambassador’s tour will include official meetings, and a visit to religious and cultural heritage sites, besides schools. Meanwhile, there is a trade war brewing between China and the US.

The US State Department claimed that five out of nine US requests to visit Tibet were rejected in 2018, including one by Branstad. However, China rejected the report as being false.

Meanwhile, the authorities in China said the special “geographic” and “climatic conditions” were the reasons it restricted access to the Himalayan region.

2019 marks the 60th anniversary of a failed Tibetan uprising against Chinese rule that forced the region’s spiritual leader, the Dalai Lama, into permanent exile in India.

Chinese foreign ministry spokesman Lu Kang said the Beijing welcomes Branstad’s visit so he can witness the “earth-shaking changes” in the economy, society and people’s production and life over the past 60 years after its peaceful liberation.”

“I hope Ambassador Branstad’s visit to Tibet this time can be carried out without any prejudice and can be based on an objective attitude, and based on the spirit of respecting the facts to make his own conclusions,” Lu said at a regular press briefing.