Political patronage to radical groups is a dangerous game 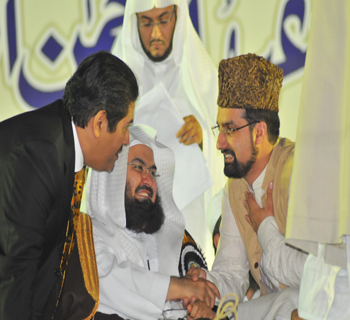 A new breed of puritan Muslims are emerging in Kashmir. They are young, often educated, wear regular clothes (not ankle revealing trousers), no skull caps and hardly wear beard. They stand apart from the regular Salafis in terms of both appearance as well as conduct. They rarely proselytise openly and detest drawing attention to themselves. A retired police officer of the J&K cadre calls them ‘ultra radicals’ or the ‘secret radicals’.

“They are more Wahhabi than the Wahhabis,” he says. While a large number of them are members of Jamiat-e-Ahl-e-Hadis, what makes them a reason to worry is that they do not believe in the separation of religion and politics to the extent that they are convinced that as faithful Muslims, it is their job to work towards the creation of a land for the Muslims. Given Maulana Shaukat’s — the recently assassinated president of Jamiat-e-Ahl-e-Hadis — tentative forays in politics, which he frequently tempered with his all-placating, moderate beliefs, a large number of young members were getting impatient with him. “At one time, the Maulana was very popular in his organisation, both in Kashmir as well as the rest of the country,” says the unnamed bureaucrat. “But once he started hobnobbing with the Hurriyat a few years ago, he was ticked off by the national executive of Jamiat-e-Ahl-e-Hadis in Delhi, which did not want the organisation, otherwise focussed on religion and education, to be dragged into politics.”

In Kashmir, while a segment within Ahl-e-Hadis wanted the organisation to show more commitment to the cause of Kashmir, another group wanted it to retain its core competency. For a long while, Maulana Shaukat struggled to strike a balance between the two. Distancing himself gradually from politics, despite his close association with JKLF’s Yasin Malik, Maulana Shaukat was focussing on building an Islamic university in Kashmir for which he had got funding from Saudi Arabia. The university itself was going to be affiliated with the Medina university of Saudi, which specialises in Islamic studies offering Bachelor’s and Master’s degree courses. Though talking to FORCE on 10 October 2010, Maulana Shaukat said, “Our Islamic university will also teach secular subjects like science and mathematics. Our focus will not be religion alone. We want to give quality education to our children so that they are able to compete with the best in the world.” Maulana Shaukat also claimed that he was already in talks with several educationists in Delhi for creating a superior faculty for the Islamic university. Interestingly, the Kashmir chapter of Jamiat-e-Ahl-e-Hadis claims to have a cadre base of 15 lakh and runs 150 schools all over the state. It also does charity work.


According to a senior government official, most of this consolidation of assets and creation of a network of educational institutions happened during Maulana Shaukat’s tenure, who became the president in 2001. “In the beginning, Maulana was very popular and he won the elections for the president thrice by overwhelming majority. But in the last elections, he just about managed to get enough votes,” says the government official. “The younger lot within the Jamiat were not happy with him. Moreover, he controlled lot of funds, ostensibly for the religious and educational purposes.”

Without casting aspersions on the work that late Maulana Shaukat did in Kashmir, it is important to place Jamiat-e-Ahl-e-Hadis in context to understand its role in Kashmir and the future potential of the organisation. Despite its professed religious and educational character, the organisation, from time to time flirted with militant groups like (according to Kashmir police) Tehreek-ul-Mujahideen, which was once affiliated with Jamiat-e-Ahl-e-Hadees. In a press conference after the police claimed to arrest the killers of Maulana Shaukat, IGP, S.M. Sahai said that a radical religious organisation, Saut-ul-Haq hatched the conspiracy to kill the Maulana. Subsequently, a Kashmiri journalist familiar with both Jamiat-e-Ahl-e-Hadees and Saut-ul-Haq told FORCE that the latter was the ultra radical offshoot of the former and several young people were members of both organisations.

It is not difficult to presume why Ahl-e-Hadees flirted with politics. One of the earliest orthodox groups to find its way in Kashmir was Jamaat-e-Islami founded in 1941 by Aurangabad-born Maulana Maududi who in those days was opposed to the idea of Partition. He dreamt of a Muslim India. However, once Pakistan became a reality, he moved en masse to Pakistan and Jamaat-e-Islami shrunk in India. A chapter was formed in Kashmir instead, even though there were not many takers in the early days. The syncretic Islam that Kashmiris followed was an amalgamation of Islamic and pre-Islamic traditions and culture, including visiting shrines and adhering to tenets of Sufism; hence the puritan nature of Jamaat-e-Islami’s Wahhabi- or Salafi-inspired Islam did not appeal to them much. It was far too dry.

Gradually, however, Jamaat’s influence started to grow in areas where Jamaatis managed to lure educationists and local politicians. Educational and political patronage helped in establishing its own mosques and madrassas in the state. Jamiat-e-Ahl-e-Hadees followed by registering itself in 1953. It also started building its own mosques and madrassas. Incidentally, prayer (namaz) can be offered anywhere. The only reason, various sects build their own mosques is to keep their flock together and also to constantly indoctrinate them through sermons which follow the Friday afternoon prayers. Sermons are seldom purely religious. Even in a place like Delhi, Imam Bukhari of the Jama Masjid was once infamous for his hugely political and religiously rousing oratory. Today, in Kashmir, people prefer going to their sect-specific mosques, which completely negates the spirit of Islam, which envisioned a class and sect-less society.

In the early years, the advantage that Jamaat-e-Islami had was its close ties with Pakistan, which gave it a better political leverage, especially among the Separatist elements in J&K, with SAS Geelani being its more recognisable face. Once violence rebellion broke out in Kashmir, Jamaat-e-Islami supported and funded the creation of religiously radical pro-Pakistan Hizbul Mujahideen to arrest the rise of secular, pro-independence JKLF. However, once the democratic political process started in the late Nineties, Jamaat-e-Islami started playing both sides of the fence. It leaned over towards Mufti Mohammed Sayeed’s People’s Democratic Party, so much so, that in the last assembly elections Jamaat-e-Islami instructed its cadre to collectively vote for the PDP.

Jamiat-e-Ahl-e-Hadees lost this early advantage because of lack of political patronage. However, during Maulana Shaukat’s tenure it tried to do a similar balancing act by cultivating JKLF’s Yasin Malik on the one hand and befriending Congress’ Ghulam Nabi Azad on the other. One of the biggest Jamiat-e-Ahl-e-Hadees’ mosque in Srinagar is located in Maisuma, which is where Yasin Malik lives and wields influence. Maulana Shaukat died at the steps of this mosque. On the other hand, Maulana Shaukat’s closeness with Azad got him government land for the proposed Islamic university. Congress, which has a history of tangoing with religious groups (in Punjab, it first cultivated Jarnail Singh Bhindranwale and later Sant Longowal) for political gains, probably had its eyes on the 15 lakh cadre of Jamiat-e-Ahl-e-Hadees, which is not a measly number.

From the perspective of the religious organisations, their interest lies in increasing their numbers and influence. “It’s a battle of pulpit,” says the retired police officer. And the games that political parties play only add to their clout. However, all this is happening at the cost of a society which is increasingly getting radicalised and aligning itself with the larger Muslim world outside Kashmir. “The younger generation today does not believe in shrines or Kashmiriyat any longer,” says the officer.

A young superintendent of police in Sopore, Altaf Ahmed Khan, reinforces this when he says, “A lot of young people in Kashmir are kicked about the idea of global jihad. A very systematic process of indoctrination has been going on in the state. Altaf is one of those rare police officers who have been observing these trends very closely. According to him, “Rampant religious radicalisation is happening in Kashmir which is dangerous for our future. Unless we address it seriously now, time will run out.” Altaf has been brushing up his knowledge of Islam and Islamic traditions because as he says, “One has to counter religious arguments in favour of Jihad through religion. People do not realise that there are 35 verses on Jihad in Quran, out of which 31 have nothing to do with violence. Young impressionable people do not understand the difference between state of Islam and Islamic state.”

The biggest threat of radicalisation is that it creates a sense of religious exclusivism and superiority. While not all radicals turn to terrorism, their world view makes them susceptible to recruitment by terrorist groups. Altaf admits that in his area of operation he has come across several instances of young radical boys being lured by terrorists outfit. “Last year 22 boys from Sopore, mainly Jamaat-e-Islami followers, went missing. I believe at least 16 of them are already terrorists.”

Old Kashmiris are still nostalgic about their Kashmiri Pandit brothers and the old way of life. But those who were born in the Nineties have no connection with that part of their heritage, which is increasingly being laid to waste. Urdu poet Kaifi Azmi (of the famous Azamgarh district) used to say that if each Muslim boy had three-four non-Muslim friends and each Hindu boy had at least one Muslim friend, the problem of religious extremism would disappear from India. A new generation of Kashmiris no longer have this advantage. They find themselves closer to the mujahideens in Afghanistan and Pakistan than their Pandit brothers. If the Kashmiri culture of tolerance and syncretism is lost completely it will be a tragedy for Kashmir, and a threat for India.