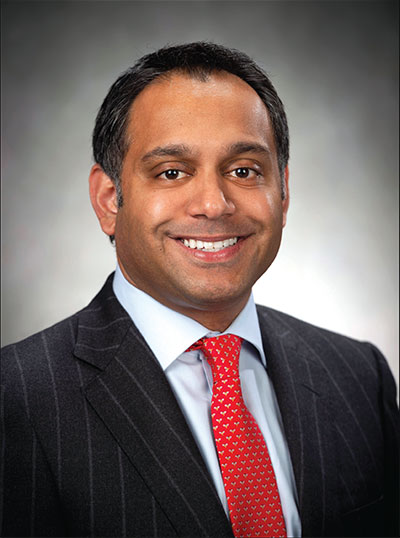 We are almost at the end of the year. How would you sum up 2019 for Boeing in India?

The year 2019 has been an exciting one for Boeing in India. We started the year with Aero India where we displayed our innovative platforms and our commitment to the Indian armed forces. We marked three major milestones this year with the delivery of the first batch of AH-64E Apache and the CH-47(I) Chinook helicopters. We also delivered the 11th C-17 Globemaster to the Indian Air Force.

We remain focussed on contributing to the growth of the Indian aerospace industry by bringing the ‘best of Boeing to India and best of India to Boeing.’ Our investments in India are creating jobs and bolstering India’s manufacturing sector. We’re leveraging India’s unique talent to strengthen our presence in the country. We are also committed to developing innovation and skill development in the country through various programmes focussed on close partnership with India’s academia and entrepreneurial ecosystem. Our supplier partnerships in India are growing today with more than 160 partners. Our people, products and services proudly support the Indian armed forces to protect the country and will continue to do so now and in the future.

How is the programme for IAF’s Chinooks and Apaches coming along? Have you heard anything further on Indian Army’s desire for Apache helicopters?

India received the most advanced variant of the AH-64E Apache — the same model currently bought by the US Army. Boeing formally handed over eight of 22 AH-64E Apache helicopters to the Indian Air Force at the Air Force Station, Pathankhot in September, ahead of schedule. The deliveries of remaining Apaches are on schedule.

India inducted the first six CH-47 Chinooks with the Indian Air Force in March 2019. The ahead-of-schedule arrival of the Chinooks validates Boeing’s commitment to delivering on its promise of modernising India’s defence forces. With its advanced capabilities, versatility and twin-rotor efficiency that has proven itself over a decade, we are confident that the CH-47F(I) Chinook will be a very important asset to the Indian Air Force.

The Indian ministry of defence is also in the process of evaluating the acquisition of additional six Apaches for the Indian Army. We welcome the opportunity to support the Indian Army on their requirements. The fuselages and structures for the Army Apaches will be manufactured in Hyderabad by Tata Boeing Aerospace Limited.

What is the progress on additional P-8Is for the Indian Navy?

We’re proud to support the Indian Navy with the P-8Is. The P-8I has given the Indian Navy a significant edge over other naval forces in the strategically important Indian Ocean Region. It can fly higher, farther and faster than other maritime patrol aircraft and can detect, track and report on more targets than ever before. India’s P-8I fleet has surpassed over 21,000 flight hours since its induction and we continue to work closely with our customers on their future requirements to deliver advanced capability and enable the highest state of fleet readiness at the lowest possible cost.


Tell us about key next generation technologies with the Boeing F/A-18 Super Hornet.

The Boeing F/A-18 Super Hornet is the frontline multi-role fighter of navies and air forces around the world. It is combat-proven with a defined technology plan to outpace future threats. The Super Hornet serves as the frontline fighter for the US Navy and will continue to do so for decades to come.

With the Super Hornet, India would not only get the most advanced and lethal platform but would also benefit from training, tactics, upgrades and knowledge related to the US naval aviation ecosystem. F/A-18 Block III Super Hornet represents some revolutionary capabilities including longer range, improved stealth performance, data fusion, conformal fuel tanks integrating new sensors, enhanced situational awareness with a new advanced cockpit system, reduced radar signature and a 10,000+ hour life. The operating cost of the Super Hornet is lowest among the US tactical fighters. The US Navy’s Super Hornet recently surpassed an 80 per cent mission capability rate, a key metric to determine the health of a flying squadron’s aircraft. Boeing in partnership with the Indian industry will provide sustainment solution throughout the lifecycle of the aircraft to support mission readiness.

Boeing’s partnership with India has evolved significantly over the past 75 years. Make in India is a core element of Boeing’s business strategy to ensure that aircraft built in India are delivered to Indian customers on schedule, competitive costs and with flawless quality. The extensive expertise we have in growing the supplier base in India, nurturing innovation, establishing skills development centres and joint ventures for aerospace manufacturing is helping us build a strong and indigenous ecosystem in the country.

For India, Boeing has identified six key enablers that will be essential for success: world-class infrastructure, a thriving Indian supplier base, innovation, support and sustainment, engineering talent development and skills advancement in the country.