IAI Has Always Been One of the Main Pillars in Supplying Strategic & Advanced Equipment to India, Providing Cutting-Edge Technology for Land, Maritime, Aerospace and Homeland Security 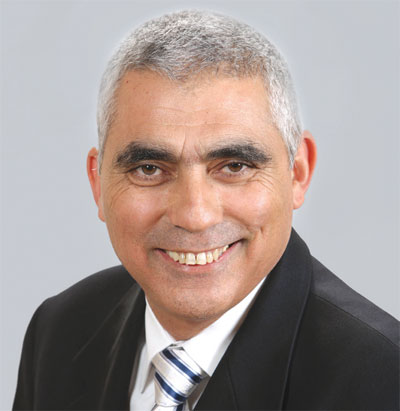 IAI has had a great start to the new year with the successful test-firing of MRSAM in India. Can you share the overview of the programme and your partnership with DRDO?

MRSAM is an advanced, groundbreaking air- and missile-defense system, jointly developed by IAI and DRDO for the Indian armed forces. During development, IAI collaborated with Israeli and Indian industries, including Rafael, Tata, BEL, L&T, BDL and many other private vendors. The system provides the ultimate protection against a variety of aerial platforms. It is used by the Indian Air Force, the Indian Army, Indian Navy, and the Israeli Defense Force. The system incorporates an advanced phased array radar (MF-STAR or digital MMR), a command and control center, mobile launchers and interceptors and an advanced RF seeker.

The IAI and the DRDO have recently concluded successful tests of the system at a test range in India. The flight test demonstrated several extreme reference scenarios, validating the system’s capabilities. As part of the test, the MRSAM interceptor was launched from a land-based mobile launcher and successfully hit its threats. The scenario began with the system’s digital MMR radar zeroing in on the threat and then launching the MRSAM interceptor toward its operational trajectory. The interceptor acquired the target and successfully intercepted it. All the system’s elements met their test goals successfully. Conducting the test under Covid-19 limitations was yet another testimony to the strong partnership between IAI and India. We are continually working with our Indian partners to bring the best operational outcome for the needs and requirements of the Indian Army, navy, and air force. The MRSAM programme is progressing according to plan.

According to some media reports, Israeli Defence Forces also use the same system. Is this a first for IDF, using a missile co-developed by a foreign partner?

The answer for question one is all we can say about the MRSAM.

How do you see the road ahead in your partnership with the Indian industry? What are your other programmes, both current and future?

IAI has always been one of the main pillars in supplying strategic & advanced equipment to India, providing cutting-edge technology for land, maritime, aerospace, and homeland security. IAI’s systems, such as the unmanned aerial systems (UAS), radars, special-mission aircraft, and air-defence systems, have been in use in India for many years and with high levels of satisfaction from our customers.

In the recent decade, IAI entered into more and more strategic collaborations with local Indian firms, both in the public sector and the private, in order to integrate strategic state-of-the-art systems for India’s ministry of defence in various fields, and in accordance with the Make in India policy.


In 2021, IAI is expected to keep the same policy and expand our collaborations with local Indian defence companies to be significant and important partners.

This has been an unusual year. How did IAI adapt to new realities dictated by the Covid-19 Pandemic?

During the Covid-19 pandemic, IAI continued bilateral work in India. Our professional crews in Bangalore and New Delhi supported all relevant projects. In addition, we advanced our mutual partnerships with local Indian industries with no interruption, according to ‘Make in India’ policy.

The Indian Armed Forces seek additional unmanned systems. Hindustan Aeronautics Ltd has also been trying to convert existing rotorcraft into an unmanned platform. What possibilities do you see for IAF in this growing market?

IAI is home to the world’s most advanced UAVs and keeps its systems updated with the requirements of the modern battlefield. Today, we propose an improved propulsion system, advanced avionics, completely automatic remote take-off and landing, a wide range of possible payloads weighing up to a ton, a maximum flight altitude of 45,000 feet, advanced satellite communications systems and capability to complete long range stand-off missions in difficult regions and under extreme weather conditions. In addition, we offer upgrades to the command and control centre, to an advanced control centre equipped with a user friendly touch screen and vocal notifications and commands. The system provides a solution for all types of missions—land and sea.

What innovation is happening in IAI in terms of automation, miniaturisation and man-machine interface? Do you see the possibility of completely autonomous and intelligent systems in near future?

Can’t elaborate at the moment.