The American Philosophy of Professional Military Education is Completely Different From Both Pakistan and India, the Latter Two Being Virtually the Same 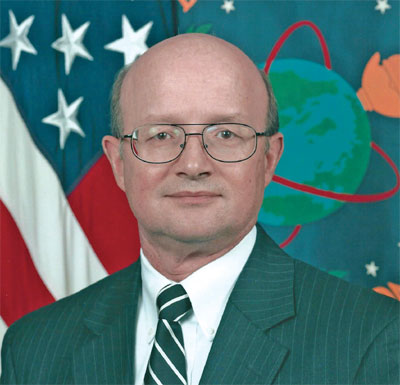 Your book The Wellington Experience has generated a lot of discussion in India, especially amongst the Indian Army officers. How much of this did you expect? Did any part of the reaction take you by surprise?

I am not at all surprised that the book generated discussion—and probably a lot of criticism—from Indian Army officers; I fully expected it. To provide a bit of context, in October 2018, I made presentations on my then newly-published book about the Pakistan Army, The Quetta Experience, to several think tanks in New Delhi. Not surprisingly, because the book was critical of the Command and Staff College and the Pakistan Army, the presentations were well received.

I was more surprised, however, when several senior retired military officers suggested I do a similar book about the Indian Army, surely knowing that because Wellington and Quetta share the same origin and use the same pedagogy that the criticisms levied on the Pakistani system would likely also apply to India. Accordingly, last June the Stimson Centre arranged for me to make a virtual presentation of selected key findings in The Wellington Experience to a small group of top-flight Indian academics and retired senior military officers. Again, not surprisingly, this presentation received mixed reactions—a few that were negative, but many others that were positive.

The areas of agreement, or at least those that resulted in no significant pushback during the event, included my criticism of the lack of ‘jointness’ in the Indian armed forces; the Defence Services Staff College’s (DSSC’s) curriculum, pedagogy, and organisational culture; attitudes about Pakistan, China, and civil-military relations; and the lack of preparedness of the Indian Army to operate in a nuclear environment. Two areas of pushback were that my findings about the Indian Army ignore its own counterinsurgency doctrine in Jammu and Kashmir and is involved in the extra-judicial killing of militants, and that my findings in the nuclear area reflected a basic lack of understanding about India’s deterrence doctrine. I carefully reviewed those sections of the book but did not make any change to the findings.

The most significant pushback came from an offhand comment I made that the Indian Army had not engaged in high intensity combat since 1971, an observation that can also be applied to the Pakistan Army, as well as to China since 1979. In response, a senior retired officer tartly declared that the Indian Army had been facing bullets in Jammu and Kashmir for more than 30 years. Since this was clearly an emotive issue, I took care to clarify a comment in the book and wish to do it here as well. What I mean by intensity combat is large-scale manoeuvre warfare against a similarly organised and equipped, competent foe that requires the application of combined arms operations by ground forces, systematic cooperation between at least one other service, and sustained logistics operations—the kind of warfare the Indian Army will face in a future war with Pakistan or China. I continue to believe my definition does not include counterinsurgency operations or incidents along the Line of Control (LC) in which the forces of both sides are, for the most part, safely protected in bunkers during the brief periods of small arms, machine gun, mortar, and artillery firing that characterise such incidents.

One of the criticisms against your book is that your research sample is small and is unmindful of the cultural, traditional and historical context. How do you respond to that?


It is an undeniable fact that in both India and Pakistan, all but the most superficial access to the armed forces is denied to diplomats and military attaches, journalists, and foreign researchers like me. Critics of my methodology, who question the validity of relying on the recollections of a small number of US military personnel as the basis for making judgments about Indian Army attitudes and values, know perfectly well that any request by me (or anyone else) to interview a large number of the Indian Army personnel on this topic would never be permitted. Even if it was, the interviews would necessarily have been limited to a relatively small sample in a fairly recent time frame. My purpose in doing the study was never to capture one snapshot in time of the attitudes and values in the Indian Army, but to determine if they had changed over time.

As for ignoring culture, tradition, and the historical context, this is simply incorrect. The impact of South Asian culture on the pedagogy of Wellington is addressed explicitly on pages 109-100, the Indian Army traditions and ethos are frequently referred to throughout the book, and there is a chapter on the history of the US-India relationship plus a full treatment of the evolution of civil-military relations in India.

Would you say that the reactions to your book in India by default proof your point of the Indian Army being resistant to criticism and change?

It is grossly unfair to single out the Indian Army on this score. All military establishments and services tend to resist change, and all are sensitive to criticism from foreign observers. For example, the US Army continued to field horse cavalry units long after World War I and the US Navy greatly preferred battleships to aircraft carriers well into World War II. Nor should it be forgotten that the US military’s present commitment to jointness (‘jointmanship’ in India) was literally crammed down its throat by the Goldwater-Nichols legislation passed by the Congress in 1986. This said, it is also undeniable that in both India and Pakistan, the army is the dominant military institution, and such institutions are generally loath to give up positions of ascendency unless they are forced to do so by their civilian masters or accept the need to do so by changing circumstances.