‘The only requirement, in terms of equipment and vehicles, is for our units that are deployed in the Kashmir valley and LWE regions’

What is SSB’s current strength? 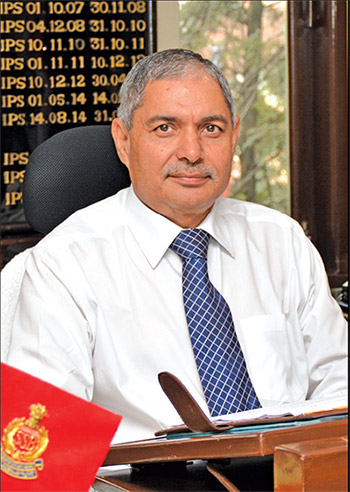 SSB is almost a one lakh strong force now. It has a sanctioned strength of 99,500 at present and while there are some vacancies, they are likely to be filled by the end of this year. The process of filling these vacancies is already underway. The SSC has listed the vacancies and the forms have been collected from candidates. The examination process will now start soon. The staff selection commission conducts the majority of recruitments for the entire Central Armed Police Forces; this includes the posts of constables and sub-inspectors.

As of October 2018, SSB had over 18,000 posts lying vacant. Has anything been done to fill the vacancies?

Firstly, recruitment for general duty positions is being carried out by the staff selection commission. At the gazetted officers’ rank, the recruitment is being carried out by the Union Public Service Commission (UPSC) and we are getting regular intakes at the assistant commandant level. The sub-inspectors and constables are being directly recruited by the SSC. There were delays in the recruitment by the SSC in the last two-three years but after the matter was taken up by the government and the ministry of home affairs, the recruitment process is back on track by expediting recruitment at these levels. Secondly, we are directly recruiting personnel for specialised cadres like communications, medical staff, etc. Therefore, overall, recruitments are going well, and we are able to fill vacancies every year.

Is SSB’s current inventory of equipment and vehicles adequate for its dual role of border management and internal security?