The Indian Air Force (IAF) is in the news. Just when it shot out its Request For Information (RFI) for acquiring 126 aircraft to replace the strike force depletion that will be caused by the complete phasing out of MiG-23 and MiG-27 aircraft at the end of the eleventh defence plan (2012), the issue has got deeply entangled in diplomacy. Looking for a medium weight multi-role aircraft, the IAF had sent RFI to four contenders: France’s Dassault Aviation for Mirage, Russia’s MiG Corporation for Mig-29M2, US’ Lockheed Martin for F-16, and Sweden’s Gripen. Of the four, the IAF was certainly not serious about the F-16 and Gripen for two reasons: One, the IAF holds 26 different types of aircraft in its inventory of which only six types are new. Moreover, when the IAF inducted two squadrons (40 aircraft) of the delta-wing French Mirage 2000H, which endowed the IAF with true multi-role capability, the plans were to induct many more similar aircraft in the future. (At present, the IAF has three squadrons of Mirage) For this reason, huge amount of investment was made to establish the Mirage base to accommodate 150 aircraft. Even as these aircraft slots remain vacant, the IAF purchased the Russian SU-30 aircraft in 1996, and once again an expensive and complicated infrastructure was set up in Pune for the Sukhoi aircraft. However, there was a difference. 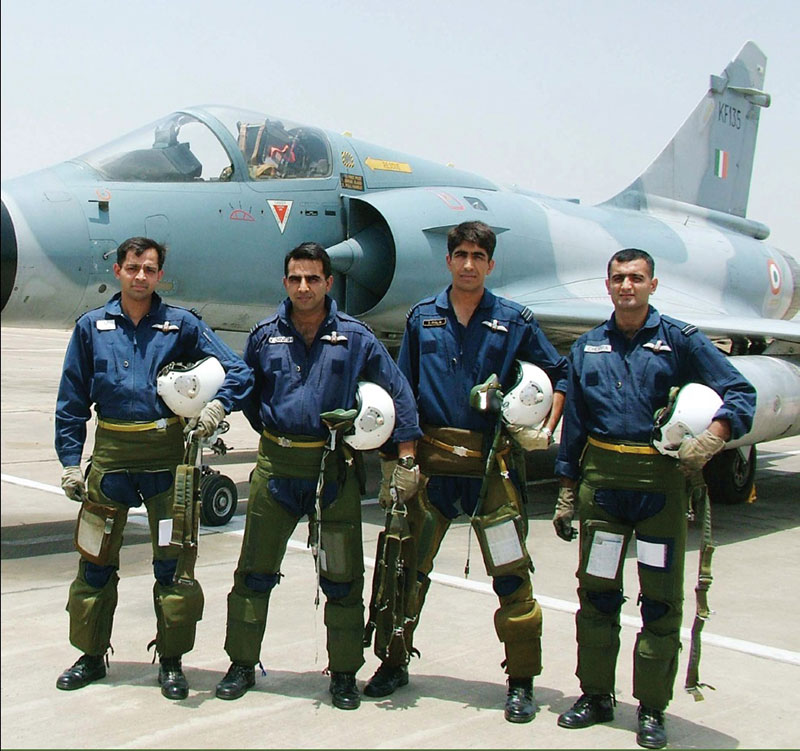 The Mirage and SU-30 aircraft are in different categories of medium and heavy weight respectively. But, buying an entirely different aircraft in the medium weight category will increase the IAF inventory of aircraft types and entail a huge expenditure on fresh infrastructure besides things like training and so on. And two, Pakistan’s experience with the F-16s shows that the US cannot be trusted with an assured product support. It will be instructive to note that Pakistan, under the 1990 Pressler Amendment, was denied even product support for its already acquired F-16s when it refused to compromise on its nuclear weapons programme. Even as the US was enticing Pakistan’s Premier Benazir Bhutto with goodies and assurances of more F-16s on her official visit to Washington in 1992, the then Pakistan Army Chief, General Abdul Waheed dashed US’ hopes by saying, “F-16s or no F-16s, Pakistan will not compromise on its national security (read, nuclear weapons).” The Pakistan Army that controls its nation’s strategic assets has consistently refused outside interference in its nuclear weapons and ballistic missiles programme.


But the Bush administration that claims to support India become a major power is determined to sell F-16s to India. According to US ambassador in India, David Mulford, the US secretary of state, Condoleezza Rice during her India visit in March said: “The US will move much deeper into engagement on India’s defence requirements, including discussions on co-production and addressing India’s concern about the US as a reliable supplier.” On offer is the F-16 and F-18 aircraft, the latter is in the heavy weight category like SU-30s that in any case the IAF does not need. The US’ arguments are that it is willing to co-produce major assemblies of F-16 with Hindustan Aeronautics Limited in India. This would take care of India’s misgivings about product support. Moreover, as both nations have embarked on a strategic (Next Steps in Strategic Partnership) and a comprehensive partnership, bilateral relations will remain upswing into the future. India’s ambassador to the US, Ronen Sen was recently in Delhi to discuss amongst other things, the F-16 offer with the IAF chief, Air Chief Marshal S.P. Tyagi. Even as there is an eagerness in Delhi to make Prime Minister Manmohan Singh’s July visit to the US a grand success, there are at least three reasons why the F-16s should not be touched with a barge pole. First, Indo-US bonhomie is predicated on the unsaid Indian assurance that it will go slow on its nuclear weaponisation and ballistic missiles testing programmes.

For example, the Defence Research and Development Organisation chief, M. Natarajan said at Aero-India 2005 in Bangalore in February that, “Agni-III (intermediate range ballistic missile with 3,000km range) test-firing has political implications.” He could not be referring to Pakistan that test-fired its 2,000km range Shaheen ballistic missile on March 18, causing General Pervez Musharraf to boast that, ‘Pakistan’s minimum credible deterrence has been surpassed.’ Therefore, should a government in India finally take courage to genuinely address its national security concerns, relations with the US may sour with adverse implications for the F-16 programme. Whatever the level of co-production, it makes little business sense to manufacture all major F-16 assemblies in India. Second, with a limited annual revenue budget, the IAF cannot maintain stocks of F-16 spares for extended periods. And lastly, it will be unwise to add a new type of aircraft in the inventory. What should the IAF do? Ideally, it should choose between the French and the Russian aircraft. Alongside, the IAF needs to concentrate on strengthening its Air Defence Ground Environment System (ADGES), procuring precision guided ammunition for its fighter aircraft, and moving steadily, in phases, towards its Space Vision–2020, when the creation of the Aerospace Command would seem like a necessity. However, the IAF, which until the Nineties was referred to as a tactical air force, would need to shed unnecessary responsibility to transform into a strategic and offensive force. One such responsibility would be of the Tactical Battle Area, which over time, should go completely to the Army Aviation Corps.