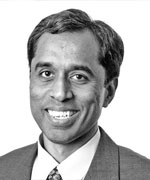 The Korean war broke out on 25 June 1950. Just two months into the war, the South Korean Army and the US forces were on the verge of defeat. They were forced to retreat behind a defensive line known as the Pusan perimeter. The US President, Harry Truman, seriously contemplated the use of nuclear weapons.

Britain, however, viewed nuclear bombs as weapons of last resort and advised against their use. Britain’s advice, to exercise restraint, was prompted by its discernment of the fact that the strategic advantage of the West’s early lead in nuclear weapons had been nullified. The Soviet Union had already developed its own nuclear weapons arsenal. The real significance, of the Soviet and Western, nuclear weapon arsenals lay in the deterrence they provided against their use through the threat of retaliation.

Britain, although opposed to the tactical use of nuclear weapons, recognised their strategic value as a deterrent. Lawrence Freedman, in his book, Britain and Nuclear Weapon, which traces the history of Britain’s nuclear weapons development, writes, ‘Prime Minister Winston Churchill encouraged the development of the atomic bomb during the war and, while in opposition, had identified the American atomic monopoly as the major reason why the Soviet Union had not taken over the whole of Western Europe during the unsettled period of the late 1940s.’

In April of 2019, the Royal Navy (RN) celebrated 50 years of the UK MoD’s longest running military operation–Operation ‘Relentless’. Since April 1969, for 52 unbroken years, the RN has deployed a ballistic missile submarine (SSBN) at sea. Armed with Submarine Launched Ballistic Missiles (SLBMs), the RN’s SSBNs have acted as nuclear deterrents–lethal minatory signals to all potential aggressors.

Maintaining a SSBN on Continuous At Sea Deterrence (CASD) patrol requires, in addition to the submarine itself, availability of reliable Command, Control and Communication (C3) infrastructure and supporting land, air and naval forces.

The Centrality of SSBNs

A credible deterrent is vital for strategic independence (the ability to safeguard one’s territory, people and sovereignty) and freedom of action. SSBNs and, more generally, nuclear weapons enable a nation to gain immunity from military and political coercion.

Almost everyone, instinctively, conflates deterrence with nuclear weapons. The existing and emerging world powers, however, take a more rounded approach to deterrence. Deterrence is never sought to be exercised exclusively through nuclear weapons, but with the co-deployment of conventional forces for traditional territorial defence.

SSBNs, for long now, have come to be accepted as the most survivable leg of the nuclear triad for launching a retaliatory strike. Nuclear weapon states, such as the UK and France, are acutely aware of their lack of strategic depth, and expectedly, gravitate towards a greater reliance on the sea-based leg of the nuclear triad–the SSBN. On the other hand, the USA, Russia and China, which possess enormous strategic depth, exercise their choice of maintaining, in addition to their SSBN fleets, survivable land and air-based deterrents.

It is this recognition of their lack of strategic depth that informs British and French nuclear policy. This is a major (but not the only) reason that both, the UK and France, decided to opt out of the arms race even during the period of the Cold War.

Sufficiency, through maintaining the smallest possible nuclear force to deter aggression, is the principle that guides current British and French nuclear strategy and posture. Guided by this principle, the UK now maintains only the sea-based leg of the nuclear triad (a nuclear monad). France has disbanded its land-based deterrent nuclear force and maintains only the air and sea-based legs of the triad (a nuclear dyad).

The principle of sufficiency, the realities of geography and the belief in the near invulnerability of the SSBNs–combine to give SSBNs the central role in the deterrence strategies of Britain and France.

Increasingly, there is considerable scepticism voiced over the long-term invulnerability of the SSBNs to detection. Advances in strategic anti-submarine warfare (ASW) technologies, it is feared, will turn the oceans transparent. However, despite the ongoing technological advancements in strategic ASW, it can be safely asserted that SSBNs, at least in the foreseeable future, will continue to remain the most reliable leg of the nuclear triad.

Besides being nearly invulnerable, the retaliatory capability provided by SSBNs is non-escalatory. The non-escalatory nature of the deterrence provided by the SSBN, although under-recognised, is of immense value. A SSBN on CASD patrol, confers the state’s leaders with the means to retaliate without the fear of causing an escalation in the crisis by being seen despatching an SSBN on patrol after the precipitation of the crisis.

As per its stated policy, ever since the breakup of the Soviet Union leading to the end of the Cold War, UK’s Trident II D5 SLBMs are not targeted. Also, the missiles are maintained at lowered states of readiness. The ability to raise readiness levels and input targeting information, in response to an emerging crisis, adds to the non-escalatory character of CASD deployments.

Article VI of the nuclear Non-Proliferation Treaty (NPT) enjoins its signatories to—‘undertake to pursue negotiations in good faith on effective measures relating to cessation of the nuclear arms race at an early date and to nuclear disarmament, and on a treaty on general and complete disarmament under strict and effective international control.’

The assured second-strike capability afforded by SSBNs deployed on CASD patrols, enables the UK and France to commit to their nuclear postures of fielding only a nuclear monad/ dyad. This enables them to be the most compliant, among nuclear weapons states, to the disarmament obligations required by Article VI of the NPT.

The principle of strict sufficiency, determines British and French SSBN force structure, and the frequency of submarine/ SLBM upgrades. The requirements of periodic repairs, equipment upgrades and reactor core replacement dictate that a minimum of four SSBNs be available to maintain at least one of them on deterrence patrol 100 per cent of the time.

Simultaneously, in order to maintain the currency of the SLBMs vis-a-vis the improvements in ballistic missile defence, the UK and France undertake periodic incremental upgrades to the design of their SLBMs. This approach helps spread R&D and procurement costs across the lifespan of the SSBN and the missile, helping make CASD financially sustainable.

The cost savings, to British and French defence budgets, from building fewer than four SSBNs would be minimal. Costs associated with support infrastructure would remain the same, and building fewer submarines would, in fact, raise the unit cost of submarine production owing to the reduced economies of scale. Britain and France, therefore, see strategic and economic merit in persisting with CASD patrols.

France’s persistence with the nuclear dyad, stems from the greater assurance and flexibility it derives from having multiple assets for strategic signalling, and the fact that only very limited savings will be realised by disbanding its air leg.

Calls for total disarmament are not likely to get anywhere. Unilateral moves to eliminate nuclear arsenals rarely, if ever, elicit matching reciprocal reactions from other nuclear weapons states. The deterrence and risk asymmetry that would result from any unilateral nuclear disarmament is enough justification, for UK and France, to continue with their CASD programmes to maintain a credible minimum deterrent.

Committed plans for inducting the Dreadnought class and SNLE3G SSBNs, beginning the early 2030s, are clear indications of British and French intent to continue with their CASD programmes.