By simplifying policies, the army can save unnecessary workload of officers 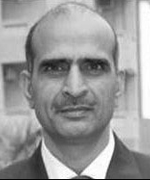 In the army they have a saying that ‘busy troops are happy troops’. So, commanders at all levels try all the tricks taught to them during their never-ending training to keep their troops happy. They, in fact, they work very hard to think of new, out-of-the-box and innovative ways of keeping the troops busy and thus happy.

Senior officers of the defence forces wonder why their men should be denied this dose of no cost /low cost ‘happiness’. Some of them feel duty bound to keep even the veterans ‘happy’. Their eagerness to spread ‘happiness’ knows no bound as the project requires no formal government approval or additional budget allocation. Hence, they aggrandise unto themselves the responsibility of spreading happiness to all people under their command. That this leads to officers and men spending long hours on duty in their offices or posts does not seem to concern them.

Some of these happiness projects appear indeed very funny to a sane person but almost none of the members of the defence forces can be blamed for this kind of elitism. The most favoured and popular happiness project of the armed forces commanders is writing of policy and Standard Operating Procedures (SOPs). These documents are generally written by a chosen few who are selected through a very difficult and soul killing examination called the staff college entrance examination. It takes at least one year of hard work and sacrifice to ace the examination. Many officers either forget their newly married wives, delay their marriage or suffer separation for at least one year to make the grade or as they say in the army: to be separated as wheat from the chaff. So, this ‘wheat’ which was sown under such trying circumstances is thereafter bestowed with the responsibility to feed the defence forces with high doses of happiness. This breed of wheat has evolved over a period of time and has now turned the act of writing a policy or SOP into an art form. Not into any art but modern art which very few connoisseurs can appreciate and even fewer understand.

The worthies who write policy or the SOP are rarely called upon to execute it as they are generally busy serving on the staff of commanders or busy ‘punching the card’. So, the writers of policy or SOPs have to show their brilliance in writing such a foolproof document that the environment can neither read it nor implement it. This is done by making the document run into several pages and amending it a number of times so that no one is sure of the latest updated policy on any subject.

The forces are overburdened with such SOPs and policies and a whole new form of humour, ‘humour in uniform’ has come into existence to further add to the happiness of the troops. This humour is special because it would be a tragedy if not seen as a comedy.

In this article I have tried to analyse only one such policy concerning the CSD canteens. The matter is topical because the ‘Car Sales’ policy through CSD was recently revised.


A soldier gets salary for serving the nation in uniform. He is free to use his salary in whatever manner he desires once he gets the money. The organisation does not interfere much with what a soldier does to his salary and generally the soldiers have done well for themselves because of the non interference. In addition to the salary a soldier is also provided some perks like entitled ration and discounted liquor and grocery stores through the CSD canteens. It is in the field of distribution of such perks or other perks like the ECHS that the forces have a very warped way of thinking which has tied the organisation in knots. This has happened because the policy has been evolved by highly trained worthies in uniform.

Some of the policies or SOPs on the subjects which would have been very humorous had these not been tragic for the soldiers are:

The forces after laying down this misguided system have realised the folly and have been trying to stop the breech through numerous more rules, policies and SOPs. They have been doing it for last so many years but to no avail.

In corporate sector or public sector undertakings (PSUs) the workers are given meal coupons or Sodexo coupons and once these are issued, the organisation does not care whether the recipient sells these for money or buys the authorised items. No worker has been punished for selling his meal coupons. Probably it is not even a crime. But the people in uniform think differently.

A simple system of cash incentive every year in lieu of CSD canteen facilities for the soldiers and veterans would automatically solve all the problems.

Think of Direct Benefit Transfer (DBT) scheme of the government using JAM. The soldiers and veterans should also get their CSD canteen subsidy directly transferred to their bank accounts.

On the last day of the year a fixed amount of tax relief should be credited to the accounts of all the authorised users of the CSD canteens. Thereafter, the CSD canteens should work as a normal retail store chain and provide stores to everyone including civilians at cheaper rates after hard negotiations with the suppliers as is being done by Walmart. Similarly, the rates of stores being sold through canteens will still be lower because of the thin profit margins charged by canteens being almost like non-profit organisation.

By simplifying the rules and making the policy reward all soldiers, the organisation will save a lot of unnecessary work and make the environment in uniform really happy. Such acts will also reduce the office time of all soldiers and they will be able to spend more time with their families.