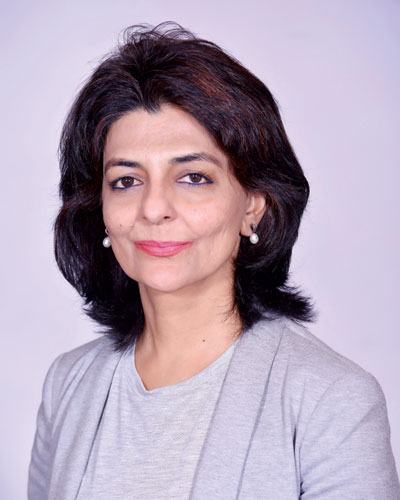 Pratt & Whitney has a large portfolio of businesses across commercial and military aviation. How are you leveraging the breadth of your capabilities to support the modernisation of Indian armed forces?

With nearly 1,500 engines and auxiliary power units in service on a vast number of aircraft, Pratt & Whitney has been the ‘engine-power’ of India’s civil aviation sector for over seven decades. This includes regional, general aviation, business jets and helicopters, as well as critical platforms for the Indian Air Force (IAF). We are the world leader in design, manufacture and service of aircraft and helicopter engines, and auxiliary power units.

Pratt & Whitney has more than 7,000 military engines in service with 34 armed forces around the world, powering tactical, strategic, mobility and rotary aircraft. In India, our dependable F117 engines, that generate 40,400 pounds of thrust, power the IAF’s 11 Boeing C-17 Globemaster IIIs as they carry out military, humanitarian and peacekeeping missions—and the IAF’s young pilots earn their wings on the 75 PC-7 Pilatus trainers that are powered by our iconic PT6A engine.

Our partnership with India’s armed forces is both significant and growing—be it our sustainment solutions to keep them mission ready, or our collaborations on local aircraft development programmes, such as the PT6A powered NAL-Saras (MKI). Pratt & Whitney  engines are the best choice to power India’s defence aircraft and in meeting its modernisation needs.

Do you see an opportunity for Pratt & Whitney to supply military engines in the 114-fighter programme of the IAF?

As makers of the world’s first operational fifth-generation engine (F119) for the USAF F-22 and the world’s most advanced fighter engine (F135) for the F-35, our history and expertise with advanced propulsion systems is unmatched in the world. The Pratt & Whitney F100 features industry-leading safety, reliability, and performance, delivering superior capability to the war-fighter. That’s why there are more than 3,800 F100 engines in service with 23 air forces around the world!

The F100 engines have powered thousands of F-15s and F-16s for decades and is the engine of choice for today’s F-15 and F-16 aircraft. The engine has benefited from the continued infusion of new technology since its introduction and offers 5th Generation technology in a fully modular architecture. The F100 is currently in production and Pratt & Whitney is committed to supporting the F100 fleet worldwide for decades to come; to include powering the new F-15EX.

When it comes to India’s requirement for 114 fighter jets, we believe that the IAF and the government will select the most capable platform that meets India’s long-term mission requirements. Pratt & Whitney’s war-fighter engines and sustainment solutions are well-suited for India’s future needs and we will be happy to support any platform selected, that utilises our engines.

Indian defence is getting ready for the indigenous Advanced Medium Combat Aircraft (AMCA). Could you partner with the Indian industry?

To build future ready indigenous platforms, collaboration and scale will be required. As makers of the world’s most advanced war-fighter engines, we also understand the critical role engine development and performance play in the success of new platforms. The indigenous fighter jet platforms in development in India—be it the twin-engine Tejas variant or the Advanced Medium Combat Aircraft (AMCA)—are a definitive step forward in advancing India’s defence and industrial capabilities. At Pratt & Whitney, we are happy to engage with our customers on any opportunities that they see fit for us in the long term.

As both the IAF and Indian Navy (IN) continue on the path of modernisation, there are some key future platforms in consideration that are supported by Pratt & Whitney engines—including the PW100 family powered Airbus C295 light transport for the IAF and the PW210-powered Sikorsky S-76D for the Navy Utility Helicopter. The IAF is considering the C295 to replace its fleet of Avro 748 transport aircraft. The C295, a multi-role transport aircraft, is powered by two PW127G engines that deliver industry leading low fuel consumption and carbon emissions. We are confident that our engines are the best choice to power India’s defence aircraft and advancing its mission readiness and capabilities well into the future.

The government of India has opened up FDI to 74 per cent and 100 per cent on a case-to case basis in defence besides, liberalising the MRO sector. How does it excite you as a foreign Original Equipment Manufacturer (OEM) to scale up and invest in India?

We welcome the government of India’s recent announcements and are optimistic of their positive impact. The opening of FDI to 74 per cent and 100 per cent on a case-to-case basis for the defence industry will unleash the true potential of India’s defence production capabilities. The liberalisation of the MRO sector to make it more inclusive and competitive will provide the country with a strong operational ecosystem for both domestic and international players. Additionally, streamlined defence and commercial aftermarket synergies will open up economies of scale for the industry, when combined with regional civil aviation schemes.

Pratt & Whitney is deeply embedded in India, and we are aligned with the government’s programmes such as ‘Make in India’, ‘Skill India’ and ‘Start-up India’. We are actively contributing to translate the government’s vision of making India a global manufacturing hub for aerospace, a regional hub for maintenance, repair and overhaul (MRO) and developing aerospace skills in the country.

Could you elaborate more on what you’re doing to support India’s MRO and skill development ambitions?

When it comes to India as a global MRO hub, Pratt & Whitney has demonstrated its commitment to enhancing India’s MRO capabilities. We announced Air India Engineering Services Limited (AIESL) as a provider of maintenance services in support of GTFTM (Geared Turbo Fan) operators in India and the surrounding region. Previously, such services were conducted only by international MRO hubs.

Another critical aspect of aerospace that P&W has led in country is skill development. Through our Pratt & Whitney India Training Centre in Hyderabad and our tie-ups with various states and universities, we continue to advance ‘Skill India’ through specialised trainings and programmes for students and young engineers. The training centre, which has exceeded 10,000 student days, provides state-of-the-art engine maintenance and performance training to customers and students from India and the world. At the centre students get to work on live engines, in real-time!

There is a significant ‘Aatmanirbhar’ push in Indian defence manufacturing. What are Pratt & Whitney’s views on this and how are you contributing?

A good example of our indigenous content collaboration in India is the NAL-SARAS programme. Pratt & Whitney and National Aeronautics Laboratory (NAL) have been working together for more than a decade on NAL’s Multirole Light Transport Aircraft, the SARAS. CSIR-NAL selected the iconic PT6A engines to power the aircraft which will have both military and civilian applications. The PT6A, with over 200 engines in operation in India for 50 plus operators, has a strong support network in place. Therefore, the advantage the PT6A brings to the indigenous programme, in terms of cost-effectiveness and reliability is tremendous.

In India, we continue to scale up our presence through partnered investments in supply chain, sustainment and research and engineering—working with leading suppliers like Cyient, HCL, Avanade, Accenture and Quest. Pratt & Whitney’s 700 direct and indirect employees across the country are committed to building capabilities and delivering high value services that help our customers get the best from their next-generation products.

Our sister company Collins Aerospace employs nearly 5,000 direct employees in India, who are helping build an end-to-end global manufacturing, engineering and avionics supply chain in India with factories and engineering centres in Bangalore, Hyderabad and Gurgaon.

We further hope to expand our commitment to India and foster aerospace innovation across commercial, regional, business and defence. In fact, we are currently working with leading aerospace start-ups in country and the world to develop advanced solutions in the engine inspections domain as part of the RTX Innovation Challenge with T-Hub, Hyderabad.