During the annual press conference, ahead of the Border Security Force’s Raising Day which was celebrated in Jaisalmer this year, Director General Pankaj Kumar Singh said that the demographic balance has been upset in border states which is why the decision to extends the force’s jurisdiction from 15 km to 50 km has been taken. 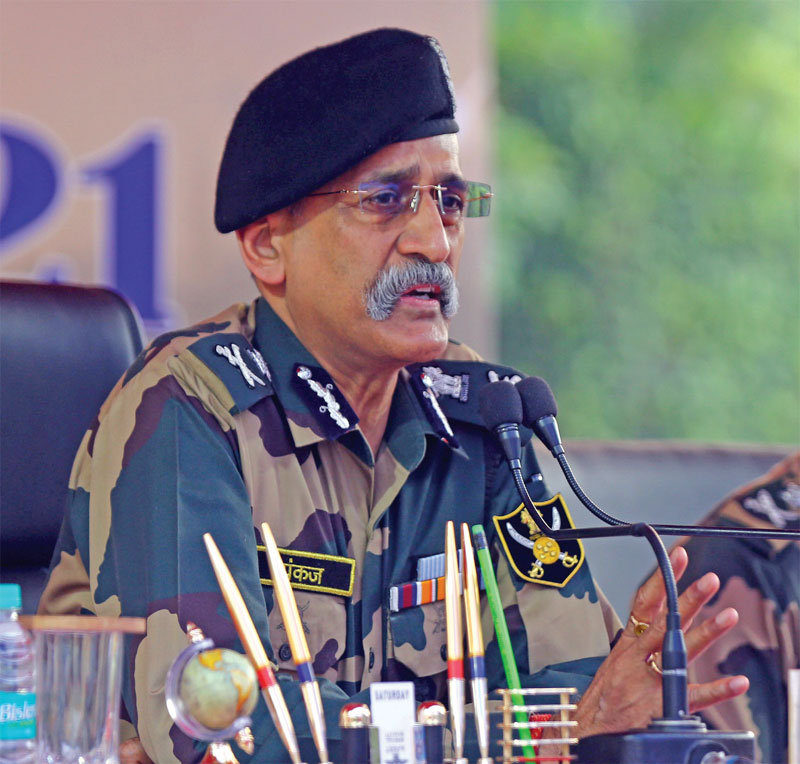 The DG said, “Now over a period of time, in states such as Assam and West Bengal, the demographic balance has been upset to a great degree.” He added that there have been agitations in certain states and many times there have been revolts by people. “The thought behind the government’s idea of extending the jurisdiction to 50km was probably that since BSF is a border-guarding force, the extension in jurisdiction may enable them to help support, supplement and coordinate with the state police in catching hold of the infiltrators.”

“The provisions in Passport (Entry into India) Act have been there since 1969. It is only now that it has been extended to 50km-standard from 80, 50 and 15 km. The act is there in whole states of Manipur, Mizoram, Tripura, Nagaland, Meghalaya and the Union Territories of J&K and Ladakh,” he said, adding, “Similarly, the Passport Act has been there since 1973 (the provisions and sections). The sections remain the same, the act remains the same, and conditions for investigations remain the same.”

Citing the example of the NDPS Act and Arms Act that is comes within the BSF’s jurisdiction, he said that these remain the same as before. “As far as the NDPS Act of 1985 is concerned, since the BSF is placed at the borders, the BSF was given this provision in 2010. Within the area of when BSF’s jurisdiction, it can work under the provisions of the NDPS Act. The two sections are very clearly specified.” He added that under the Arms Act, apart from BSF, there are six other paramilitary forces who have the power to ‘Search, Seize, and Arrest’ people in all areas of India where they are deployed or called upon to perform duty.

When asked whether the extension of jurisdiction has led to more seizures (of drugs or drones), he said, that there have been a few as of now, although they haven’t gone up drastically. He said that the BSF has done a survey and has ‘the exact figures’ in some of the border villages how composition wise the demography had changed.