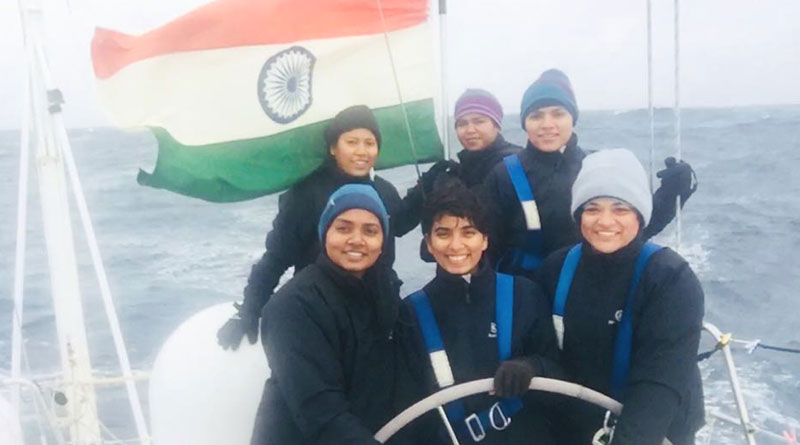 The Indian Navy’s first all-women crew of Indian Naval Sailing Vessel (INSV) Tarini has rounded the Cape Horn through the Drake Passage on January 19. The closest land of Antarctica lies 600 miles South across roughest stretch on planet known which is known as Drake Passage. As tweeted by the Navy’s spokesperson, “Winds are strong gusting to 70kmph with rough sea state and the distance to Port Stanley is 410Nm. The crew of the vessel hoisted the Indian flag as they crossed Cape Horn.