Unless leaders understand its history and meaningfully engage with the community, tackling Islamist terrorism will remain a halfway house

“Bonsoir,” he said cheerily from his shop window.

There was a sing-song, happy quality to his greeting that made me stop and look, something I had learnt with experience not to do in Paris’ southern street of Boulevard du Clichy. 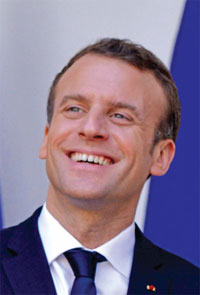 Most often such voices belong to soliciting men, enticing pedestrians to step inside one of the many dark and perfumed buildings promising unimaginable pleasures. Lined with sex shops, sex shows and a museum of erotica, this famous Parisian street, flanked by Moulin Rouge to the west and a Turkish sweetshop to the east, is a celebration of pleasures and decadence. And in true Parisian spirit, to the north of this road of rapaciousness rises the majestic basilica Sacre Coeur, along which is the art lane, where young artists draw, paint and sell their works on the streets or select cafes. It’s a fun place to walk and watch, but not to stop and talk.

“Bonsoir,” he said again. His broad smile and twinkling eyes made me smile too, albeit warily. A round cap with twin angular peaks was perched on his head, like a road sign to his nationality. Algerian? Moroccan? Tunisian? In his hand was a skewer on which his fingers were cajoling a blob of meat into a kebab.

“Ah, Shah Rukh Khan,” his grin deepened. Then with the jerking movement of his head, in imitation of the dance step, he said, “Shava Shava.”

My caution crumbled. Finally, I was grinning with him, as if sharing a private joke.

Having broken the ice, he came to the point. “Kebabs? Kefta? Shish Tawak?,” he tempted pointing towards his shop-cum-cafe. There were about six tables inside. All occupied. All diners appeared Europeans. I stepped inside out of curiosity. An elderly woman in a headscarf was sitting in the far corner. She seemed to be managing the cash box. A younger girl, in a long robe-like dress and a headscarf, was standing at the counter, perhaps, waiting to serve. Another man, similar to the one in the window, was at the rotisserie. It seemed like a family business.

I gestured to him that there was no place for me and stepped out to continue my stroll down the street. It was a summer evening. The sun was low but not warm. For the first time I became aware of the people around me. Enjoying the weather. And perhaps that moment in time. There were tourists and equal number of locals in all kinds of attire, including the obvious ‘Muslim’ headscarves. Walking or sitting in the typically French cafes that marked the end of the sex street. Alongside were Mediterranean eateries, equally busy, churning out pita pockets filled with kebabs and salad.

This was June 2015. Five months after two brothers (French citizens of Algerian origin), claiming allegiance to al Qaeda in Yemen, had attacked the office of French tabloid Charlie Hebdo, killing 12 people including its editor and all cartoonists in the heart of Paris at point-blank range before escaping. Within hours, French people were on the streets expressing solidarity with the deceased. Banners screaming Je Suis Charlie (I am Charlie) were all over—in France and on the Internet.


Since my work requires me to engage closely with the French defence industry, I had a few friends among them. I wrote to each of them expressing shock and solidarity. Somehow, I couldn’t keep the apologetic tone out of my messages. Since in India this is how I was used to reacting to terrorist violence, apologising for fellow Muslims had somehow become second nature to me.

So, in June, when I met one of my French associates at the Paris Air Show, I once again referred to the Charlie Hebdo incident. Once again, my tone was apologetic. She laughed. As she held my shoulders and kissed the air behind my ears, she said, “Why mention it. These are miserable people. They are unhappy. They don’t have what we have, joie de vivre. We should feel sorry for them.”

The atmosphere at Boulevard du Clichy that Saturday evening was suffused with this sentiment. Joie de vivre. Neither anger nor guilt. Only exuberance for life. Of course, I spotted fully armed policemen on the streets and of course they looked anachronistic on Boulevard du Clichy where the red windmill of Moulin Rouge promised two hours of unapologetic entertainment, but to the Indian eye used to unexplained barricades, it didn’t look odd.

It is not the spirit of France, but the attitude of the French people (despite the growth of the Right-wing mainstream political party) which has been holding out against both extremism and radicalisation with middling success. Today, this attitude is being tested, as much by anger as by political compulsions. The current spate of violence began on October 16, when a Chechen refugee beheaded school teacher Samuel Paty in northwest Paris. Teaching his class comprising teenagers the importance of freedom of expression, Paty showed the cover of the Charlie Hebdo’s 2015 edition which had mocked Prophet Mohammed to his pupils. Word got around. Some among the Muslim community were enraged enough to call for action against Paty. One parent filed a police complaint against him. A week and half later, an 18-year-old Chechen, who had come to France 12 years ago, accosted him outside the school and decapacitated him.

The following week, two French women stabbed two Muslim women near Eiffel Tower in Paris, calling them ‘dirty Arabs.’ And on October 29, a recently-arrived Tunisian refugee attacked and killed three French citizens, including a woman in a church in the coastal city of Nice. Suddenly, Islamist terrorism seemed to have boiled over in France; forcing President Emmanuel Macron to call out radical Islam by name, as a threat to French values, vowing that “We will continue, Professor (in reference to Paty). We will defend the freedom that you taught so well and we will promote secularism, we will not renounce caricatures, drawings, even if others retreat.”

Earlier in the month, on October 2, Macron had in a nearly 90-minute speech tried to make a distinction between Islam and Islamist terrorism. Saying that “Islam is a religion that is in crisis all over the world today, we are not just seeing this in our country,” Macron unveiled what appeared to be his government’s policy to fight Islamic separatism and extremism. Among the measures he announced were restriction on home-schooling of Muslim children and signing of a secular charter by Islamic organisations/ trusts that seek State support.