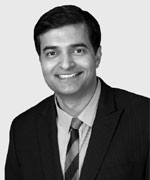 Defence exports of a country go beyond the obvious foreign trade advantages and work to support the government in unique long-term ways. Take the example of two key regions of defence exports: Europe and the United States (US). In the case of European governments, the exports are primarily to maintain a desired level of defence production capability because the domestic markets are not large enough to absorb the full range of weapon systems anticipated for national security.

In the case of the US, defence exports are supported to primarily meet national security intentions and steer foreign policy objectives. The form and purpose of exports pursued by either of the two major defence export regions may differ but a common aspect is that defence exports are vital to nourish the industrial capability and cultivate technological edge of any country. In that context, the announcement by Prime Minister Narendra Modi during DefExpo 2020 at Lucknow of targeting USD5 billion of defence exports by 2025 can be read as a progressive milestone.

That year the strategy for defence exports was formulated by incorporating mechanisms to streamline exports by charting a process for export authorisation and the setting up of Defence Export Steering Committee. This year has been a game changer as the government has issued draft Defence Production & Export Promotion Policy (DPEPP) which would be the guiding document to provide a focussed and structured thrust to defence production capabilities in India for self-reliance and exports. What is interesting is that during the same period, India, on an international level, achieved major milestones by attaining memberships to three out of the four Multilateral Export Control Regimes (MECR) which are important for arms and weapons export. This was done by attaining member status to Missile Technology Control Regime (MTCR) in 2016, Wassenaar Arrangement in 2017 and Australia Group in 2018 which leaves only the Nuclear Supplier Group (NSG) which has the backing of several members including the continued support of France.

The domestic policies and international actions give out a clear and welcome signal that the government is focused to meet the twin objectives of self-reliance as well as exports by building a defence industrial and technological base through export support and promotion approaches.


From the perspective of a global aerospace major such as Airbus, I would say that defence exports can be tackled on two fronts:

The commonality in both the forms is that irrespective of the complexity of the product, defence equipment are engineered to battlefield specs which entails a reasonably long project life cycle spanning R&D, engineering design and manufacturing to meet technical and safety requirements.

The standards of reliability, maintainability and safety are key factors to penetrate the overseas defence markets if one needs to move defence exports into a true and competitive export-oriented production that goes beyond structured exports to friendly foreign countries which has been the case now.

This would mean that in the overall theme of exports through self-reliance, it would be necessary for the government to remain focused on working with the right combination of domestic and foreign partners to collaborate and manufacture products with excellent delivery performance which is open to public scrutiny.