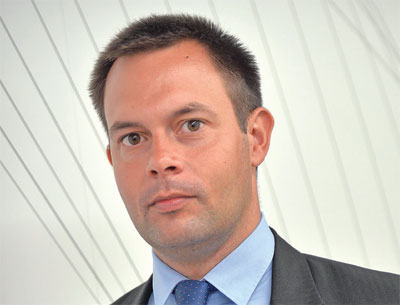 As the Indian Navy patrols the seas, it knows it has excellence at its side with high-performing missile systems from MBDA such as Exocet on board its new Kalvari-class submarines. MBDA is proud of its long history of supporting the Indian Navy and joins the service in celebrating Navy Day.

Just as important as its proud history with the Indian Navy, are MBDA’s industrial partnerships in India. MBDA has been working in close partnership with Indian industry for over 50 years, building missile technologies in India and assisting with the development of a sovereign Indian missile industry, both in the public and private sector.

MBDA has built over 50,000 missiles in India during this time, and is working through its Indian joint venture – L&T MBDA Missile Systems Ltd – to deliver new Make in India programmes and provide new enhancements for the Indian Navy’s fighting potency. L&T MBDA Missile Systems Ltd has already submitted its first bid to the Indian Armed Forces. The JV’s offer of Sea Ceptor, the next generation of naval air defence system, is its RFP response for the Indian Navy’s Short-Range Surface to Air Missile (SRSAM) requirement, and has been offered with the aim to ‘Make in India’.

Sea Ceptor is the most high-performance and modern air defence system in the market today and has been chosen by several navies, including the UK, New Zealand, Canada, Chile and Brazil, among others.


L&T MBDA Missile Systems Ltd is also offering Exocet MM40 Block 3 for the Indian Navy’s Medium Range Anti-Ship Missile (MRAShM) requirement, the latest version of the venerable Exocet missile already in service with the Indian Armed Forces, which has improved electronics and an extended range. The EXOCET family of missiles comprises a range of standoff “fire and forget” stealthy missiles, with skimming flight, for engaging high-value naval targets. They have the flexibility of launching from all maritime platforms; surface ships, submarines, fixed-wing aircraft, helicopters, and coastal batteries.

MBDA also has a full spectrum of missile systems to meet all the arming requirements of naval helicopters. For long-range requirements, MBDA’s offers the famous and combat proven Exocet AM 39 missile, Marte ER provides excellent extended medium range capability, while Sea Venom / ANL provides unrivalled fire-and-forget or operator above the loop ability to engage multiple targets at short to medium ranges in open waters or even challenging littoral environments.

For the Indian Navy’s Special Forces ATGM requirements, L&T MBDA Missile Systems Ltd is offering the world’s only true 5th Generation Anti-Tank Missile as an Indian Designed Developed and Manufactured (IDDM) product under the Make in India programme. ATGM5 offers many unique capabilities, including being truly network enabled, a multipurpose warhead with selectable effects, and high-performance seeker technologies. It is proven for use in the maritime environment from small special forces vessels.

MBDA understands the importance of operational capability and sovereignty to the Indian Navy and is proud to deliver it. That is why MBDA has strongly committed to ‘Make in India’ with the level of investment made for both industrial sovereignty and the best of equipment to ensure India’s maritime superiority.