Trouble in the Sky 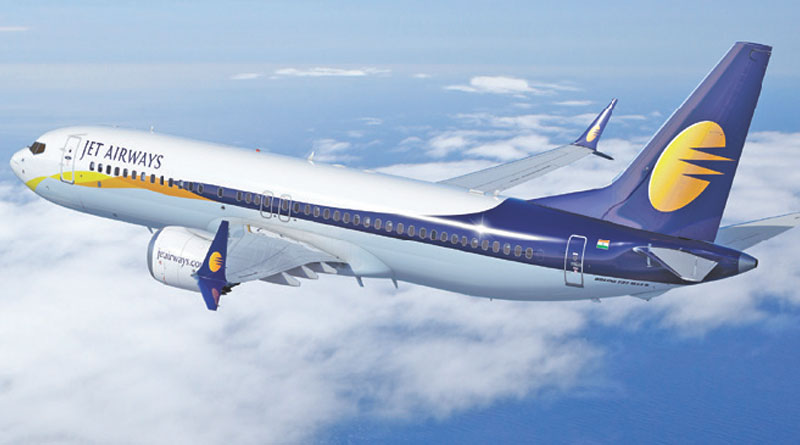 The crisis worsened for Jet Airways as its pilots threatened to take legal action against the airline or go on indefinite leave if the pending salaries were not paid. The pilots wrote to company’s chief executive officer, Vinay Dube, asking him to clear the dues or be prepared for consequences that may ‘ground’ the embattled airline.

Jet Airways is struggling to pay salaries to its staff for more than three months and has been unable to pay the lease rentals to aircraft lessors, defaulting also on the interest payment in December 2018. There was a relief for the airline as a consortium of lenders, headed by the State Bank of India, took control of the company. The banks will be looking for a new investor, a process which may take till June quarter. The lenders will be pumping in Rs 1500 crore into Jet Airways to help keep it afloat.

The founder chairman of Jet Airways, Naresh Goyal, and his wife, who own a 52 per cent stake in the airline stepped down on March 25 after the crisis spiraled out of control. The debt of the airline exceeds USD1 billion and it has grounded some flights. Jet Airways cancelled thousands of its flights in recent weeks affecting both domestic and international passengers. Experts feel the crisis could have been averted had Naresh Goyal stepped down on time, allowing investors to pump capital into the airline.

The bail-out by banks attracted severe criticism, primarily from the opposition party Congress, which accused the government of using Indian taxpayers’ money to rescue the airline. The Congress said the government was bailing out the foreign investors of the airline, while refusing to do the same with India’s farmers who are facing an existential crisis.

Former Kingfisher Airlines chairman, Vijay Mallya, also lashed out at Indian banks in a series of tweets for their ‘double standards’ under Modi government. He said the same lenders made his airline ‘fail ruthlessly.’


He said, “The same PSU banks let India’s finest airline with the best employees and connectivity fail ruthlessly. Double standards under NDA.” He also criticised BJP for giving a different treatment to his airline.

Reportedly, the government aims to avoid thousands of job losses by bailing out the embattled airline, and the crisis, if not averted, could hurt the Indian economy. However, the Modi government is struggling for answers as the bailout, some assert, might be a dangerous manoeuvre, considering such measures have always backfired as happened with Kingfisher Airlines. Experts fear the takeover may not be easy and it’s difficult to say whether the airline can be safely rescued at the moment. 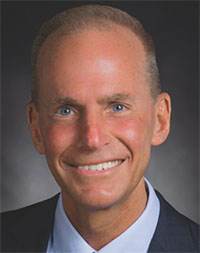 In the statement issued to assuage public fears after the Ethiopian Airlines crash, Chairman, President and CEO of the Boeing Company, Dennis Muilenburg said, “We know lives depend on the work we do, and our teams embrace that responsibility with a deep sense of commitment every day. Our purpose at Boeing is to bring family, friends and loved ones together with our commercial airplanes — safely.

“The tragic losses of Ethiopian Airlines Flight 302 and Lion Air Flight 610 affect us all, uniting people and nations in shared grief for all those in mourning. Our hearts are heavy, and we continue to extend our deepest sympathies to the loved ones of the passengers and crew on board. Safety is at the core of who we are at Boeing, and ensuring safe and reliable travel on our airplanes is an enduring value and our absolute commitment to everyone.

“This overarching focus on safety spans and binds together our entire global aerospace industry and communities. We’re united with our airline customers, international regulators and government authorities in our efforts to support the most recent investigation, understand the facts of what happened and help prevent future tragedies. Based on facts from the Lion Air Flight 610 accident and emerging data as it becomes available from the Ethiopian Airlines Flight 302 accident, we’re taking actions to fully ensure the safety of the 737 MAX. We also understand and regret the challenges for our customers and the flying public caused by the fleet’s grounding.”

GKN Fokker Services announced that 24 Fokker aircraft were placed in 2018. Currently, approximately 400 Fokker aircraft are operational worldwide. The fleet of Fokker aircraft has earned a reputation for operational reliability, durability, low noise levels, comfort and continued support, including the development of modifications to comply with new mandates like for ADS-B Out.

In Europe, Swedish operator Amapola added six Fokker 50s to its fleet. It now has 22 Fokker 50s comprising both passenger aircraft as well as freighters. Amapola thus consolidates its position as the largest Fokker 50 operator. Dutch company ATS purchased a couple of Fokker 70s which will become operational in 2019, while it sold one to Cypriot operator TUS Aviation. Avanti Air, based in Germany, added a third Fokker 100 to its fleet to cater for increasing demand for wet leases.

In Kenya, both Rudufu and Silverstone added one Fokker 50 to their respective fleets.

GKN Aerospace’s Fokker Services business does not sell nor lease Fokker aircraft. It facilitates placements by sellers and lessors through its FLYFokker programme and remarketing services, in addition to providing comprehensive support to Fokker aircraft operators throughout the world. 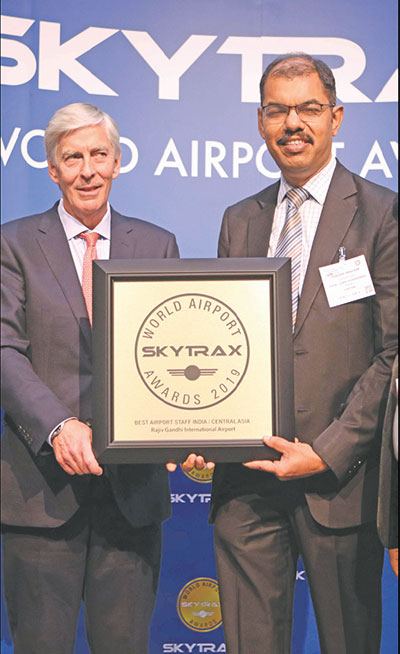 CEO, GHIAL, SGK Kishore said, “The winning of two prestigious Skytrax Awards is testimony of the faith that our passengers have reposed in us. We accept these awards with all humility. With our guiding motto of ‘Passenger is Prime’, we have been continuously working towards our customers’ satisfaction. We feel hugely motivated and all the more charged up to raise the bar in serving our customers. We are thankful to all our stakeholders, the ministry of civil aviation, CISF, immigration, customs and our service partners including airlines, concessionaires, housekeeping and other support staff for their constant support without which this would not have been possible.”

CEO, Skytrax, Edward Plaisted commented, “We congratulate RGIA for their success in winning these important customer satisfaction awards for 2019, and their noteworthy success in being consecutive year winners. The awards recognise the high quality of product facilities provided to customers, and combined quality of staff service (attitude, friendliness, efficiency) delivered across all front-line positions at RGIA. It includes staff working for customer help/info counters, immigration and security staff, shops, food & beverage outlets-in fact, all customer facing staff. To achieve these high levels of customer satisfaction requires staff to be motivated, enthusiastic and able to work as a team, and clearly this is being well provided here at RGIA”.

RGIA has seen rapid growth in passenger traffic for the last few years. In 2018, the airport has handled close to 21 million passengers. While the airport is undergoing massive expansion to double its present capacity, GHIAL has proactively added infrastructure facilities to enhance passengers’ comfort during the intervening period. In October 2018, GHIAL commissioned an all new Interim International Departures Terminal (IIDT). On 23 March 2019, the company added a new Interim Domestic Arrivals Terminal (IDAT) – an exclusive domestic baggage reclaim concourse with four new baggage belts to serve close to 50 per cent of the domestic arrivals traffic. GHIAL under its signature ‘Passenger is Prime’ programme has initiated several path-breaking and innovative services dedicated to passengers, many of which are also India’s firsts, it includes first end-to-end e-boarding facility for domestic traffic, Express Security Check Lanes for domestic passengers flying with hand baggage only, doing away with stamping on boarding cards, getting rid of bag tags. The airport is also conducting trials for face recognition technology under the government of India’s DigiYatra scheme.