Personal weapon is the small arm which every combatant is provided with on joining a unit. An infantryman or a Central Armed Police Forces (CAPFs) soldier or for that matter even a policeman has to be equipped with a personal weapon for his own safety.

Do our policymakers and security experts keep this fact in mind when framing arming policies for equipping forces with small arms? Clearly no. Even 70 years after Independence, our research and development (R&D) has not been able to produce a personal weapon that meets the security needs or a weapon that is universally accepted by the army /CAPFs.

There seems to be no uniform policy for small arms procurement. Each ministry/force works in watertight compartments, which means that all forces across the country procure weapons of different dimensions. For example, the Border Security Force (BSF) is equipped with Beretta, X-95, 7.62mm SLR, Glock as well as 9MM carbine. The same must exist across all other forces too. On the other hand, our adversaries have better weapons, thus placing them at an advantage during operations.

It’s important that universal/common personal weapon system for Infantry, CAPFs and police forces should have the following advantages:

If small arms weapon systems were same across all forces, then it would save long training hours. Each force has a plethora of training schools, which provide weapon training on multiple small arms. A common small arm system can lead to common training school and a huge reduction in training costs and hours.

There is a need for universal small arms weapon system, which is effective. It reduces training cost, increases efficiency and operational success through coordinated effective training which in turn help forces to fight better during war. It also helps in internal security. 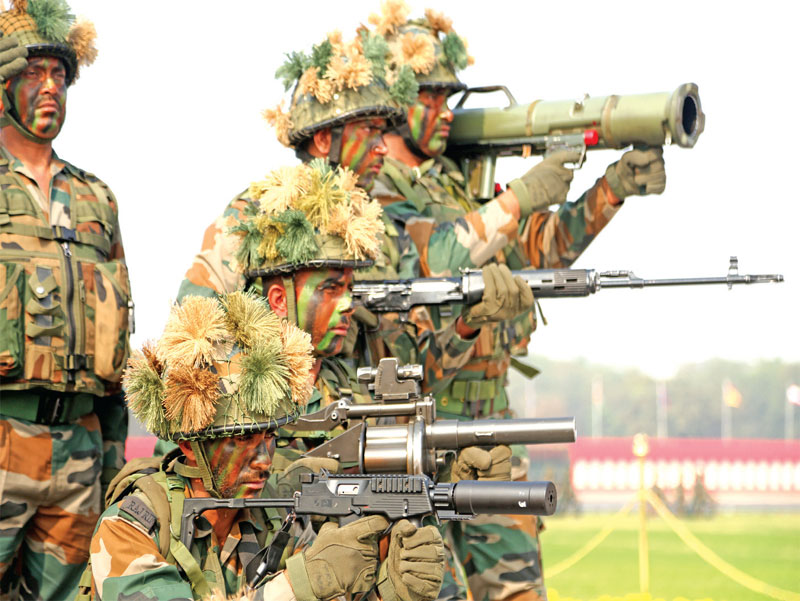 Does present arming policy for small arms inspire confidence in troops? The answer is sadly no. Indian infantryman/ prahari/ himveer is the one who holds the ground in his prescribed sphere of duty. He is the stabilising factor in national security and integrity of geographically defined international boundary and hinterland. He operates in different environments and in varied roles. He requires a weapon as per the situation he faces. He needs a personal weapon, which is versatile for all roles and situations.

For effectively carrying out assigned tasks, every soldier is allotted a personal weapon, a small arm, a light machine gun that is a crew weapon. For using these weapons in unison, integrated as one, soldiers are organised in different tactical groups for synergy, effectiveness, economy of effort, ease of command and control, for maximum gains and victory. Personal weapon with effective training acts as a force multiplier and both complement each other. The various tactical groupings are as follows:


The terrain, weather conditions and situations encountered are different in different areas of deployment. Ideally, a soldier requires different weapon for different environments but that is not practical and advisable in the interest of jointness, training and integration. Thus, there is a need for a weapon that suits all environments. A personal weapon/ firearm should conform to the following conditions:

Personal weapon is the basic arm for infantry as well as a CAPFs soldier. In the early days, the Indian Army had 303-inch bolt action rifle which was replaced by 7.62 mm SLR, a lethal but unsuitable weapon for mobility and manoeuvrability. Unfortunately, no analysis is carried out of their operational needs commensurate with their responsibility and deployment. Later, the 7.62 mm SLR was replaced by 5.56 mm INSAS rifle, which till date is the mainstay of infantry and CAPFs.

Over time, the external security environment on the Line of Control (LC), Line of Actual Control (LAC) and International Border (IB) has become difficult. Even the internal security environment has undergone a major change with an increase in militancy in Kashmir, spread of Left-Wing Extremism and regular widespread protests/ violence. But the weapon of defence of the infantry soldier and CAPFs trooper hasn’t changed to meet these challenges even after all these years.

Need for a New System

The present small arms IE 5.56 INSAS rifle, in use since long, has its own strengths, which are as follows:

Procurement should not be in isolation in the interest of homogeneity, effectiveness in operations and training considering the role and tasks of the forces. The following should be considered when buying the weapon:

Deployment: The BSF and Indo-Tibetan Border Police (ITBP) are deployed alongside the army on the LC and LAC, so the small arms have to be same for all for training and operations.

Operational Role: The BSF operates on the Pakistan and Bangladesh border and will be complementing the army during hostilities. Weapon system for both has to be the same.

Training: In the interest of jointness in training, all forces must have the same small arms and not different ones for different forces. 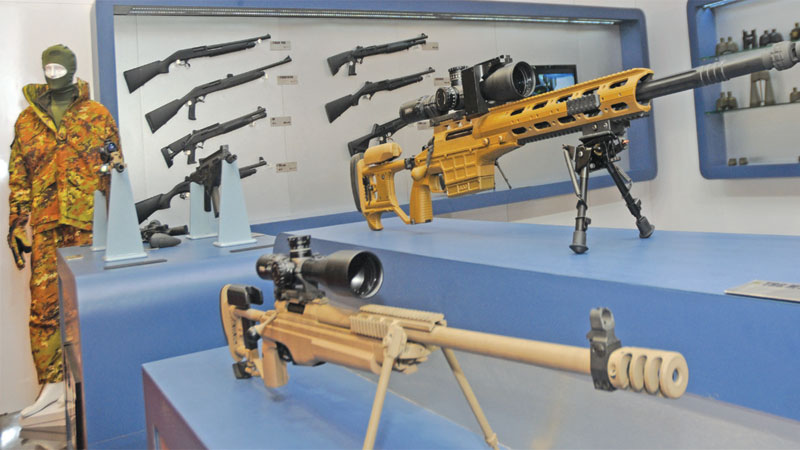 A good small arms weapon system should be light-weight, easy to carry and manoeuvre. It should have good accuracy, be maintenance free or must need minimum maintenance. It should also be easy to handle, have sufficient range with smooth operating system. Also, it should provide good rate of fire, be universal for all weather and terrain conditions.

India needs small arm weapon system which meets all these criteria. Infantry/ CAPFs soldier need a weapon system/ assault rifle which is cost effective, lethal, simple to use, durable, easily concealed and which is for both military and CAPFs. As per reports, the Indian Army is procuring Sig Sauer assault Rifles, which is 7.62 mm assault rifle from the US firm Sig Saur. Reportedly, it is compact, robust, modern in technology and simple to handle and maintain in all weather and terrain conditions and has the following characteristics: Semi-Automatic Rifle; Amn-7.62X51mm; 10.20.30 round detachable magazine; and closed bolt, short stroke push rod piston system.

It can be said that an infantry/ CAPFs soldier should have the same small arm personal weapon system in the interest of national security, both external and internal. During war/emergency situation, all CAPFs/ police forces are likely to be placed under the operational control of the army. The common weapon system will pay and help in better war fighting effort and ultimate win for the nation. So, the need is for a personal weapon on which the soldier has confidence and it is suitable for use in all operational situations.