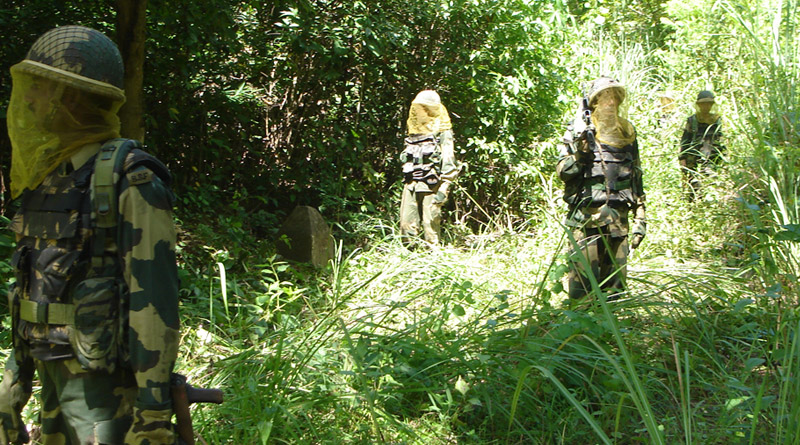 The long-sought border fencing is expected to mitigate infiltration of migrants, and curtail illegal cross-border activities

The West Bengal chief minister, Mamata Banerjee, after a delay of two years, agreed to the request of the centre to grant 300 acres of land to the home ministry for construction of barbed wire fencing. Mamata finally agreed to the request after the union home minister, Rajnath Singh, wrote to the chief ministers of the states, which share their borders with Bangladesh, according to an official statement released on 9 November.

The move was long sought by the BJP-led government at the centre, to mitigate the infiltration of Bangladeshi migrants and Rohingyas into India – a hotly debated issue in the political circles in recent times. The fencing is also aimed to control drug trade and other illegal cross-border activities. India shares a 4,096-km border with Bangladesh, of which 2,216 km falls in West Bengal.

The work on the West Bengal portion of the Indo-Bangladesh border is slated to start soon after Mamata acquiesced to the request of the centre to hand over the land for construction of the fencing.


The union home minister on November 9 also took stock of the border projects currently underway along the borders that India shares with China, Pakistan, Bangladesh, Nepal and Myanmar.

An official statement from the home ministry said that there was very good progress, and Integrated Check Posts (ICPs) at five border crossing points out of seven approved projects have been completed.

The terminals at ICP Raxaul and ICP Jogbani on the India-Nepal border, ICP Petrapole and ICP Agartala on the India-Bangladesh border and ICP Attari on India-Pakistan border, for cross-border trade and movement of people, have been made functional. The home ministry also directed the state governments to complete the ICPs at different locations across the borders to ensure convenience for the people.