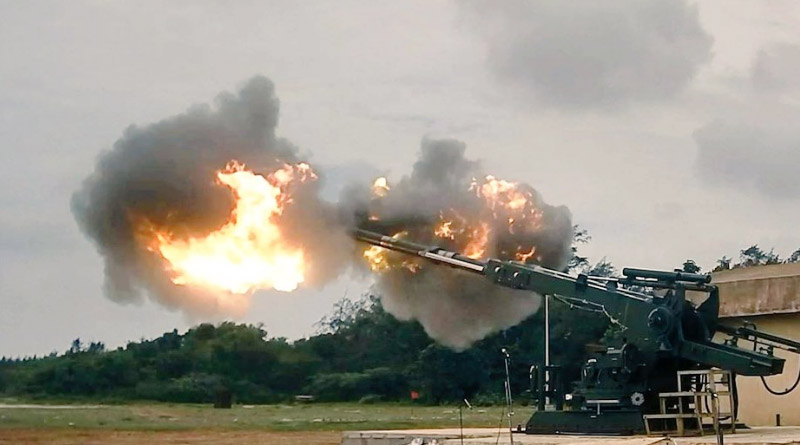 Following the recent inductions of major artillery gun systems, the focus has now shifted towards ordering the Dhanush 155mm artillery gun, which is presently being evaluated at the Indian Army headquarters before the bulk production clearance (BPC) receives the green light. The Ministry of Defence is also keen on placing an order for ATAGS soon. Both guns have been assiduously tested in all conditions and production orders will be given anytime now. The two indigenous gun systems are expected to form the bulk of long-range artillery systems in the Army’s inventory for the next 30 years.


Dhanush, a modified version of the Bofors, underwent successful user trials in June 2018. Manufactured by the Ordnance Factory Board (OFB), Dhanush has a maximum effective range of 40 km, an on-board computer, and an electronic suite to enable real-time as regards moving and static targets.

The ATAGS, sanctioned by the MoD in September 2012, recently received a go-ahead from the Indian Army after its performance was extensively evaluated. It is being developed by the Defence Research and Development Organisation and manufactured by Tata and Bharat Forge. Any modifications or additions to the gun are to be incorporated in later versions. This includes auto-loading of ammunition and other specifics like reduction of the weight. A prototype of the ATAGS was a part of the Republic Day parade in 2017.