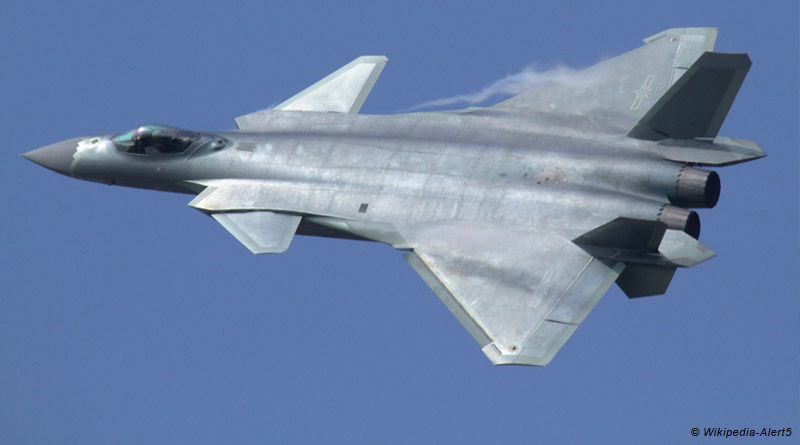 The Chinese air force bedazzled the curious audience assembled at the Zhuhai Air Show, with the stealth fighter jet, J-20 opening its weapons bay to the public for the first time, on November 11. China’s most advanced fifth-generation stealth fighter, the J-20 flew with full missile loads, showcasing four missiles in its belly and one on each side of the aircraft.

Dubbed as the China’s answer to the American advanced fighter jets, F-22 and F-35, the J-20 is a long-range fighter jet with an ability to maintain smooth manoeuvrability, even with full payloads. With its longer range, more fuel capability and larger internal weapons, the J-20 poses a significant challenge to its rivals with many advanced features.


Spectators at the Zhuhai Air Show were in for a stunning show of Chinese air superiority, as they had gathered to mark the 69th birthday of the People’s Liberation Army (PLA), on November 11.

The military analysts worldwide were, however, little surprised and pointed out the possibility for the Chinese fifth generation fighter jet to have been fitted with Russian engines, rather than the Chinese ones. They also observed that the jet might have been using a number of foreign-based technologies.

The single-seat, multirole stealth fighter aircraft, Chengdu J-20 is manufactured by Chengdu Aircraft Industry Group (CAIG) of China. The aircraft is awaited by a number of customers that include Pakistan, West Asian countries, Latin America, South East Asia and some African countries.