Water is emerging as a core issue in regional geopolitics be it India, Pakistan or China. This is primarily because water availability statistics posit a dire future — consequently it is emerging as a critical resource. China and India are especially vulnerable, for they have to cater to the growing demands of industrialisation and agricultural needs. 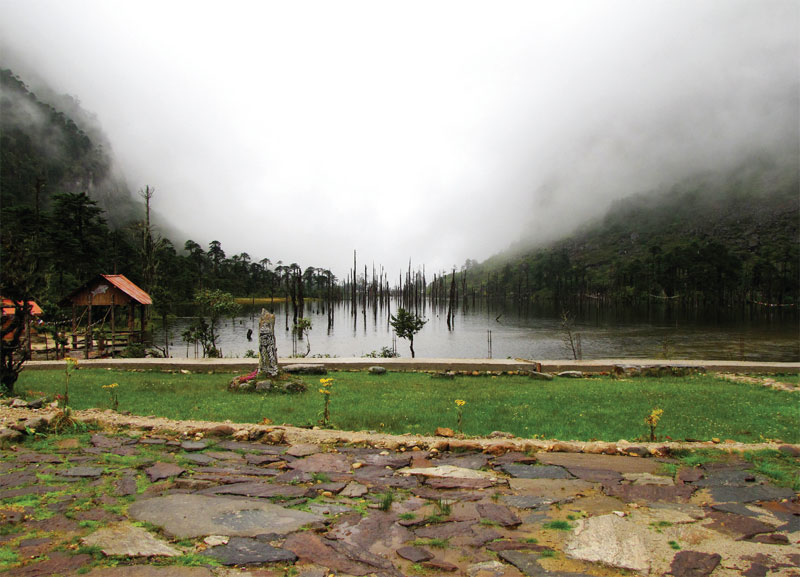 The per capita availability of water in China and India stands at respectively, 2100 and 1700 cubic metres. By 2025, it is estimated that water availability will decline below the threshold level of 1700 cubic metres as stipulated by UN standards. Amidst this global shortage of water, is the geographical feature where nearly 270 river basins are shared by more than one country.

As water shortage increases states are bound to invest in water infrastructure. This may be in the form of dams, both run of the river or storage. Dams have become one of the singularly contending issues of development debates. While at the national and regional level, embarking of heavy water infrastructure projects like dams may be beneficial, it is vehemently opposed at the local level. In the case of trans-border basins they lead to deterioration of relations between co-basin countries. In the case of India-China, later is the upper riparian state in the case of trans-border Rivers, therefore it enjoys tremendous leverage. Further, the Chinese unilateral damming of trans-border Rivers has raised concerns in the lower riparian countries. Chinese control over Tibet accrues it high advantages in terms of river sharing.

Water has become an important issue of China-India, diplomatic discourse. India as lower riparian state is apprehensive of Chinese attempts at diverting, storage and general opaqueness on water issues. If water issues between India and Pakistan are a constant irritant, then between China and India, it raises even a deeper anxiety and portends an ominous future. Sino-Indian relations on water reflect as much geopolitical distrust as difference on the issues involved per se. China’s opaque polity is reluctant to part with information and this is evident especially with respect to water issues. China has not entered into a single water sharing treaty with any country. Besides that, its deliberate policy of holding and releasing information in instalments and that too, when challenged by hard evidence adds to other country’s discomfort and speculation. China is in control of the Tibetan plateau from which around ten major rivers flow. Added to above are concerns about how climate change is affecting the snow pack and glacier mass in Tibet plateau, impacting the most crucial hydrological systems in the region with great impact for Indian eco-system. As Syed Iqbal Hasnain in an editorial in Time of India argues “China claims sovereign rights to control one of the world’s largest fresh water resources which are increasingly vulnerable to global warming and are critical to sustaining South Asia’s food and water security. The question is should China remain the sole arbitrator of the fate of Tibetan waters? What happens to the fate of downstream nations dependent upon these waters?” It is not in Tibet alone; China is encountering similar problems with almost all of its co-riparian countries, Russia, Kazakhstan, Mekong River Coriparian’s and Myanmar.

India has apprehensions on Chinese activities on the river Sutlej and its tributaries and Yarlung Tsangpo known as Brahmaputra on the Indian side of the border. China has built small dams on Sutlej, which it has, not notified India of. India’s larger apprehensions however relate to upstream diversion and damming of Brahmaputra. Near Mountain Namcha Barwa the river takes a ‘U’ bend involving steep gradient of around 5000 mtrs. The ‘U’ bend has hydropower potential of around 50,000 MWs. This is one of the deeper anxieties of the government. The main issue of concern is the run of the river dam at Zangmu a 540 MW power project. What is even more disconcerting that feasibility studies have been carried out for five more such projects further upstream? Water diversion projects are part of Chinese plan to feed its starving north through these major diversion projects. As Syed Hussein contends China has practically redeployed its entire labour force responsible for construction of Lhasa Gyalmo railway line on these projects.

What is worrying India is that China never shares any data on these projects and acknowledged there existence only when confronted by hard evidence such as sub metric remote sensing images. It is generally assumed that these are run of the river project. The new projects on the pipeline propose to generate close to 40,000 MW of electric power and their construction entails tunnels, reservoirs etc. The issue of concern is that run of the river dams do not involve construction of massive storage facilities, rather they involve channelising of potential energy of the falling water, in this case, steep gradient of Tibetan geographical feature. It is obvious that something is amiss and reassurances from the Chinese government must not be taken at face value.

It needs to be underscored that even in the case of run of the river schemes, though net storage of water may not be involved, but river course needs to be altered or managed so as to make exploiting of energy potential. Therefore, India cannot take satisfaction from mere sharing of hydrological data or sharing of technological feature. Further, once a cascade of engineering projects begins to take place on a trans-border river, is reduced to the mercy of upper riparian. The cascade of proposed projects will affect rivers at their will. As rivers are environmentally living resources, they are bound to effect river dependent populations downstream. For example, in case of upstream activities on the river, downstream rivers carry high silt content, fish catch is reduced and other environmental effects also multiply. The former was noticed in case of Nathpa Jhakri Power Project, when it was feared that Chinese activities on upper reaches of Sutlej in Tibet, was the cause of high silt content. Similar problems are being observed in the case of downstream Mekong River, affecting lower Mekong delta countries, such as Vietnam and Cambodia which are being are facing serious droughts and leading to tensions between these countries and China.


Most importantly, it is doubtful that on the Yarlung Tsangpo only a power project with run of the river scheme is attempted. Under South-North Water transfer scheme which was visualized by Mao, in Fifties, seeks gargantuan task of shifting of water from abundant south to parched north. Southern China has comparatively more water resources than northern China. Of the three routes attempted Eastern, Central and Western, later appears to be the chosen one for attempted shift of water from Yarlung Tsangpo as mentioned above.

The prospect of water diversion raises a number of issues. First, is the quantum of water will be affected by Yarlung Tsangpo diversion? According to estimates, going around thirty per cent of the flow comes from the China; balance is from the catchment area mostly in India. Is this enough to generate an alarm in the Indian policy circles? Or it is something that can be ignored to maintain peace, harmony and good relations with China. India is not the only riparian state affected by the diversion; Bangladesh too is equally affected, in fact, more so — as it is dependent upon Faraaka Barrage for water during lean season. In addition, taking cognizance of our own run of the river projects for generating hydropower in the Arunachal Pradesh, Chinese activities on the river cannot be ignored. Arunachal Pradesh government has signed more than hundred MOUs for setting up of hydropower projects. Further, it is against convention to draw projects on trans-border rivers, without consulting or –informing the lower riparian states.

What should be of concern is the fact that China is one of the largest dam builders in the world. From the available reports, it has begun work on South- North Water Transfer Scheme, where it is reported that population movement has begin to take place. The question is whether this is technically feasible. China is known to take technologically gargantuan projects, be it Qinghai-Tibet Railway or Three Gorges Dam. Third, the issue is of technological feasibility. For, example amount of energy spent on lifting the water and transferring it means energy gain will be minimum or there will be a loss of energy. The argument of technological feasibility is difficult to overturn. Keeping in mind the scarcity of water in China, which is bound to become acute in the long term horizons, the project may become viable. As the project’s completion date is 2050, perhaps, this thinking makes Chinese spokespersons to say that ‘presently’ there are no plans on Brahmaputra.

It is true that presently China is defensive on dams, as it has many projects going on at the same time and is receiving strictures for many of them. Internally, on environmental unsoundness of the project, even the latest Three Gorges dam is no exception. Further, Chinese reluctance to recognise Arunachal Pradesh as Indian Territory, may have this aspect in mind. As the recent opposition of the Asian Development Bank (ADB) loan to India may be a tactical strategy with larger endgame in mind. China will pre-empt Indian objection on Yarlung Tsangpo, as it does not even recognise Arunachal Pradesh as part of India. At the moment many hydropower projects are going on in the state, which is at the centre of concentred hydropowerutilisation strategy. This could become a future source of friction and many projects planned could become unviable.

On trans-border watercourses transparent and cooperative policy is imperative, as at times rhetoric overtakes substance. In case of former, Indian record is good, seeing the number of water sharing treaties it has signed with its neighbours. China is reluctant to share information even with its close allies, for example Myanmar was surprised by the Chinese activities on the Salween River. China and India have succeeded in signing of agreements on sharing hydrological information on Sutlej (2005/2007) and Brahmaputra (2002). A meeting of expert group was held from 19-21 September 2007, where the two sides appraised each other of their position. It is not enough, as it does not delineate sharing of waters, rather information on river flow in flood season. But the fact that the issue is discussed at the bilateral meetings between the two countries is a good beginning.

In conclusion, Sino-Indian relations as they are today, are as it is are marked by sentimentalism, fear, diffidence, appeasement, and brinksmanship, with water becoming one more contentious issue, the bilateral relations are likely to take a turn for the worse. India is confronted with a Chinese intransigence to discuss issues, which is central to their regional hydro-diplomacy. India has raised water issue consistently with China, it is important that they are made a part of larger water sharing agreement, which obviates much of the suspicion. The Chinese projects are still in incipient stage, on which China can be asked to come out in the open. Once China unleashes it engineering forces on the cross-boundary rivers, lower riparian countries like India and Bangladesh can then only be left with the option of saving from their negative repercussions of ‘bending of rivers’ whether for run of the river or storage dams. An open and transparent agreement with clear delineation of rights and obligations will save the three countries from mutual recrimination as the countries move towards a time of global water crisis. India needs to push for the same.