One of the fallacies of the discourse on professional military education (PME) is the delinking between the military and the political. 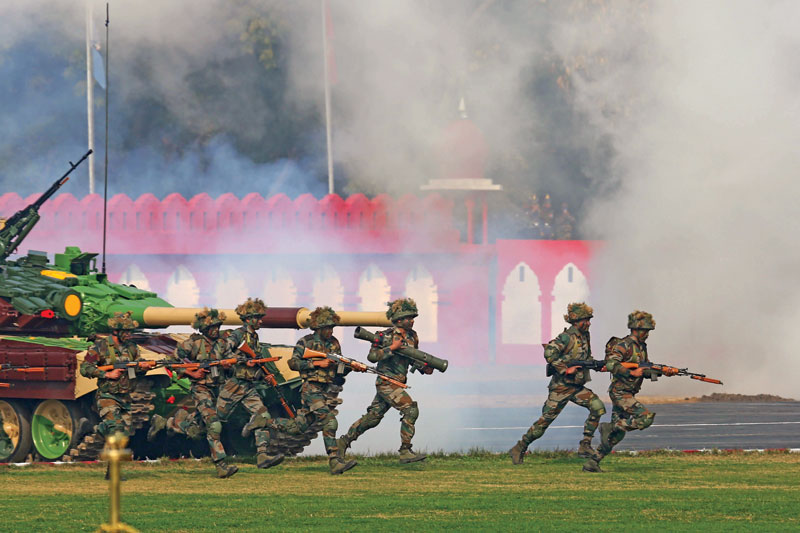 In a country like India, where the post-independence political journey began with the distrust of the military, it was only to be expected that the military would be kept out of the policy-making loop. Perhaps, sensing the national mood, even the military, then largely the army, also voluntarily took a step back allowing the civilian leadership, including the bureaucracy to take precedence.

As a consequence of this, the military leadership, despite its stature, was seldom asked to sit at the high-table of decision-makers. Its domain remained military affairs, and even there, its decisions had to be endorsed by the civilian bureaucracy, often junior in hierarchy (perhaps intellect too) before they could be implemented. These stifling chambers of power, where authority flowed from access to semi-literate politicians, were crucibles of mediocrity. Individual brilliance, or even initiative, was frightening, hence undesirable.

How could the military then think? Or apply itself to the wider understanding of geostrategy and geopolitics. After all, its job was not to think, but follow orders. Its advice was hardly sought. And whenever required, advice was given to it. This progressive intellectual diminution had a cascading effect on generations of military officers. Development of intellectual ability calls for a very different kind of incubatory environment. To begin with, it needs the courage of non-conformism; and then independent, individualistic retreat for reflection.

Both are anathema to the military. Nothing could be more terrifying for the hierarchy than a non-conformist or an officer with an individualistic streak. And the hierarchy is not just the military hierarchy; but the one above it—the bureaucracy and the political class. Hence, officers, who showed streak of going beyond the routine, were either weeded out early or they quit. Over the decades, as largely mediocre rose to top, they nurtured, knowingly or unknowingly, the culture of mediocrity; creating a corpus of ‘officers like them.’ Perhaps, that is what they understood as best.

Conflating non-conformism or independent thinking with indiscipline is a convenient excuse. Discipline is a matter of training, which includes inculcation of values. Independent thinking is an attitude towards learning and widening one’s understanding. There is no conflict between the two. In fact, an officer with evolved thinking faculties would better understand the importance of discipline and following orders in war or operations. He/ she wouldn’t just follow them as a standard operating procedure.

Hence, when we talk of absence of strategic culture in India it has to be seen in context. Culture, of any kind, needs years, perhaps, centuries to evolve. It is an amalgamation of experiences, habit, beliefs, learning and self-reflection. It can neither be air-dropped on a community nor swallowed like a bitter pill. If India lacks strategic culture, then perhaps, strategic pursuits have not been a part of Indian culture. No point labouring over Kautilya after all these years. Arthashastra was composed over two centuries ago. Realities of the city-state where it was composed and present-day India, as well as the world, are very different.

The truth is, India as a nation-state is a modern entity. Barely 73 years old. And increasingly insecure in its own skin; hence the constant need to define and redefine itself in the image of what the world sees. In these 73 years, India’s outreach to the world—a prerequisite for strategic thinking—has been professedly peaceful. When we did participate militarily in international operations, we did so without responsibility. We merely followed orders and SOPs under the United Nations Peacekeeping rubric. With no responsibilities, we had no liabilities. Hence, no need to think of the larger picture. Or how we could use our military power to shape our neighbourhood in a manner that would further our influence and interests.


As far as war-fighting was concerned, we operated on inherited or borrowed doctrines. Too much to expect that we would thrash-out our own, when we have not bothered to create an India-specific legal system; still following the British ordained sedition laws, official secrets law and so on. Till a few years back, we even followed the British law on forest’ reserves and homosexuality, unmindful of India’s centuries’ old history and traditions (including military history).

This historicity is necessary to understand why PME has been low priority in India. In a democracy like ours, the political leadership has to give the direction. It has to tell the military what the threats are, based on which the military evolves war-fighting doctrines. This collaborative process should ideally form part of the education that young and middle level military officers get at various stages in their career. Just as they read about military history and international military campaigns from World War I onwards, they must also read about the threats that India faces, the strengths and limitations of the future Indian military campaigns; and most importantly, they must learn about how emerging geopolitics of the Indian neighbourhood is altering/ determining India’s geostrategic options/ choices.