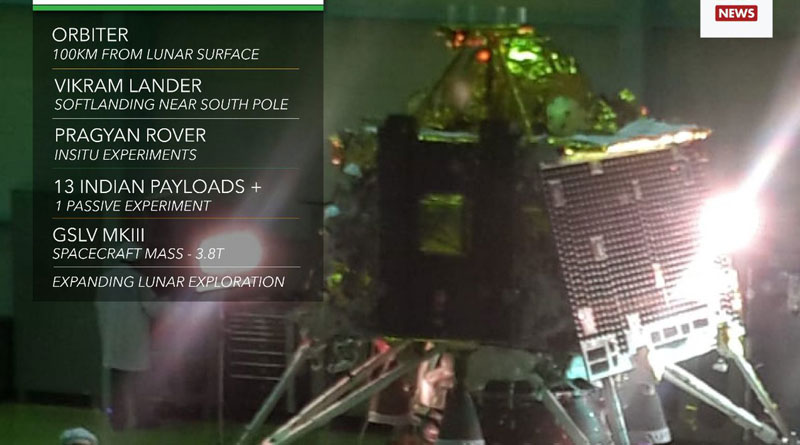 India’s second mission to the moon, Chandrayaan-2, which is slated to land a rover on its south pole, will be launched on 15 July 2019, at 2.51 am, from Sriharikota in Andhra Pradesh.

The Indian Space Research Organisation (Isro), known for designing the most economical space probes, is giving final touches to the INR 600 crore, 3.8 ton satellite. The Chandrayaan-2 mission will take several weeks before it heads for a challenging soft-landing on the south pole of the moon, a territory that has never been visited by any space craft.

The composite structure – Orbiter, Lander and Rover – will be sent on a five-day journey to the moon after undertaking five orbit-raising manoeuvres over 16 days. When at a distance of 30 km from the moon’s surface, the Lander will make a 15-minute descent, which will be the most ‘terrifying moments’ of the operation, Isro chief, K Sivan said. “This is a type of flight Isro has never undertaken before,” he added.


The remarkable moment in the country’s space exploration endeavours – the landing of a rover on the surface of the moon – will be a monumental achievement for the nation, which is also launching a crewed flight to space by 2022.

According to Isro, the landing site, at about 70 degrees south latitude, is the southernmost for any mission till date. No nation has sent a mission to this place before on the moon. Chandrayaan-2 is going to be a demonstration for soft landing for future missions, and it carries 13 Indian scientific instruments that will help analyse the minerals on the moon, map the moon surface and search for water. The mission carries a NASA instrument for LASER ranging, free of cost.

For navigation and guidance for the mission, Isro will use the deep space network of NASA on payment basis to monitor the rover and receive and transmit data.

The Chandryaan-1, launched in November 2003, was India’s first mission to the moon, however it did not carry a rover to land on the moon.

Isro is also gearing up to launch the Gaganyaan mission by 2022, which will carry Indian astronauts to space – also a first by the nation.