Firepower will remain the mainstay of the ground forces 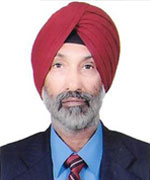 On the 195th Gunners Day, celebrated on 28 September 2021 by the Indian artillery, the Director General Artillery’s message was stark and clear: the government needs to expedite and fast track the artillery’s modernisation plan which is presently stagnating and faltering.

The two major indigenous towed gun projects--the 155mm/45 calibre ‘Dhanush’ gun (upgraded version of the erstwhile Bofors) developed by OFB and the Advanced Towed Artillery Gun System (ATAGS) developed by DRDO in conjunction with two private sector entities—are facing major developmental issues and are running way behind schedule. This despite the hand-holding and regular meetings being held by the army with both the DRDO and the OFB to ensure the success of these indigenous projects. After all, the ultimate aim of the army is to induct a reliable and robust gun capable of firing accurately.

The biggest setback in this modernisation process has been the scrapping of the most crucial project involving the induction of 1,580 modern, state of art 155mm/52 calibre towed howitzers by the government. The long-drawn trials and evaluations for this project were finally concluded in February 2019, with the Israeli Elbit’s ATHOS gun emerging as a clear winner being L1, though the other contender, French Nexter’s TRAJAN gun was equally compatible.

The army’s artillery modernisation plan for the induction of approximately 3,000 modern artillery howitzers finalised in 1999 saw no progress for over two decades. However, it got an impetus in 2018, when two modern and advanced artillery systems were inducted, the American M777 A2 Ultra Light Howitzer (ULH) and the South Korean K9 Thunder Tracked Self Propelled (SP) Gun System, now named the K9 Vajra-T. The last modern system inducted into artillery was the controversial Bofors FH 77 155mm/39 calibre howitzer from Sweden in 1998.

However, a 2021 reality check points to the whole modernisation process slowing down with several issues of concern emerging in some of the major projects like the indigenous Dhanush and ATAGS, as well as in the induction process of the ATHOS Towed Gun System as brought out earlier. In fact, artillery modernisation was the only worthwhile process in the army’s overall modernisation plan that was on track but is now stumbling.

The M777 ULH is ideally suited for mountainous and high-altitude terrain. A total of 145 pieces are being acquired through the foreign military sales route with the United States. The contract was signed in November 2016 by BAE’s partner Mahindra Defence Systems and the gun was formally inducted into the army in November 2019. One of the notable features of this gun is that it can be easily airlifted under slung by Chinook helicopters in the mountains. As per the media reports, about 70 plus guns have already been inducted and the balance are likely to come by mid-2022. The project is currently on track.

The K9 Vajra-T gun system is being produced in India by L&T in collaboration with the Korean partner. The contract was won by L&T and signed in 2017 for 100 tracked SP guns and the first three guns were inducted in November 2019.

Sticking to their commitment, L&T has delivered the 100th K9 Vajra-T to the army in February 2021 making it the first artillery modernisation project to be completed successfully and in the scheduled timeframe. Having now gained the requisite expertise for manufacture of such an advanced weapon system, there are chances of additional orders being placed on L&T to cater for the shortfall created by the shelving of the wheeled SP project a few years back.

There has also been progress in the artillery’s Surveillance, Target Acquisition and Retaliatory Capabilities along with advancements in the field of Rockets and Missiles. The development and induction of the indigenous ‘SWATHI’ Weapon Locating Radar (WLR) has increased manifold the capabilities of locating enemy guns, mortars and rockets. Presently, there are 30 ‘SWATHI’ and 12 Raytheon’s AN/TPQ 37 WLRs in service with the army, which has significantly enhanced the surveillance and target acquisition capability of the artillery both on the LC and the LAC—this is a quantum jump from the limited capability Indian Army had during the Kargil conflict.