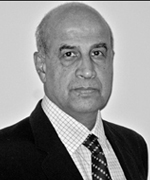 Modernisation is a never-ending process in all fields. It has added relevance in the armed forces for the simple reason that a force that falls behind is liable to suffer in the face of enemy action.

The 1962 example has seared itself in our country’s psyche when faulty policies and neglect had left the army unprepared with archaic weapons and equipment. The Chinese aggression led to a humiliating defeat. A lot of changes have taken place since then and today, the Indian armed forces by their size and power are considered to be one of the most powerful in the world. The current stand-off in eastern Ladakh has demonstrably proved that if our forces had not been prepared, the Chinese would have continued to nibble at the disputed border. The question is, is this enough? The very fact that the three Services are continuously looking for modern arms and equipment suggests that we are hampered, not so much by lack of awareness as by lack of funds and the absence of an indigenous arms industry.

At the same time, the requirement of modernisation needs to be seen in perspective because in the fields of armament there is always something new and a developing country like ours is always in a catch-up mode because of dependence on imports and lack of latest technology, both of which are expensive and ill-affordable. There is also the question of always wanting more, necessitated by newer innovations. A senior army general put it pithily—all soldiers always feel that they are under-equipped for the task. This is true up to a point because enemy capabilities will dictate defence requirements and the armed forces by their very nature will always cater for worst case scenarios. This article will restrict itself to the modernisation requirements of the army.

It is commonly thought that modernisation is a matter of arms, ammunition and equipment. This is a narrow view. Modernisation should rightly encompass weapons and equipment as also training and organisation as well as formulation of doctrine to enhance capability in the wake of new acquisitions. When seen in this manner, modernisation affects the whole gamut of military activity at every step. It is also necessary to recognise that it is not just introduction of new weapons and equipment that matters but also the manner in which it is put to use. Innovative use of equipment will often compensate the partial amelioration of deficiencies. Call it ‘jugaad’ if you like. India is able to do this far better than most other countries. This is a strength that needs nurture and reinforcement.

Organisations in the army are based on task, equipment and evolution over the period of its existence. As a general rule, more technologically equipped units would require lesser numbers of soldiers and vice versa. Begin with task, it is customary that units are organised according to arms and services. All armies have evolved their unit organisations following their traditional structures. However, different tasks require different organisations even within an arm or a service. This is elementary but see how it works in practice and then infirmities appear in adapting to modernisation.

The first major change in organisation and equipment came after the war of 1962. In addition to the vast expansion of the army, the distinction between mountain, infantry and armoured divisions came to effect at the unit and formation levels. The infantry operating in the high mountains had to be lightly equipped, have specialised equipment such as extremely cold climate (ECC) clothing, semi-automatic rifles, man portable mortars and corresponding ammunition. Infantry in the plains divisions had similar small arms but greater mobility in terms of wheeled vehicles and anti-tank capability in terms of recoilless rifles (RCLs) and rocket launchers. In the interim, specialised anti-tank wire guided (1st generation) missiles units were formed but soon all infantry battalions replaced the RCLs with ATGMs in ever increasing improvement. Prior to the 1971 war, rudimentary tracked and wheeled armoured personnel carriers with a modicum of protection made their appearance. This led to the formation of Mechanised Infantry battalions. Subsequently they were grouped into their own separate Regiment. The need to hold and defend the Siachen glacier introduced yet another dimension as also Special Forces units to add to the parachute force.

Tank and artillery units also underwent similar changes and floatable PT-76 tanks were introduced. Though lightly armoured and with limited armament, they served with distinction in the Bangladesh war where the terrain suited their characteristics. However, they could not face medium armour. Improvement has led to some tanks being floatable and snorkelling, enabling crossing some water obstacles. Armoured fighting vehicles started becoming heavier often sacrificing mobility for fire power and protection and the debate as to what priority to give to each of these characteristics continues. The same applied to artillery guns and mountain artillery became more sophisticated and lethal as the quality and range of guns improved.