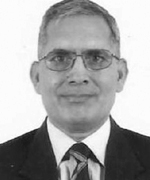 Air and missile defence has emerged as a more widely used term for the erstwhile air defence as it encompasses almost all aerial threats to the important areas in a country.

While the US continues to deal with the air and missile threats separately and Israel follows the same philosophy, Russia and China have adopted a more jointed approach. Consequently, the weapon system development has also taken a different shape. India also adopted the western model of a separate air and missile defence system and Defence Research and Development Organisation (DRDO) has already developed an indigenous Ballistic Missile Defence System (BMDS) which is likely to be deployed soon. The acquisition of Russian Missile Defence System S-400 has, however, brought in an integrated air and missile defence system. This system has been talked about in great detail in recent times due to the prevailing situation along the northern borders. The likely deployment has also been contemplated.

S-400 is in service in Russia, China, Turkey and Belarus and many other countries (Armenia, Belarus, Egypt, Iran, Kazakhstan, Saudi Arabia and Vietnam) have shown interest to purchase it. The system has gained popularity due to its compact, multipurpose design, flexibility and ease of deployment and reasonable cost.

India and Russia had inked a USD5.43 billion contract for the S-400 Triumf ‘SA-21 Growler’ which is long-range surface-to-air missile (SAM) system, for the Indian Air Force (IAF). As per the contract, the IAF will get five Triumf regimental equipment from Russia. One S-400 regiment is divided into two battalions. Each battalion consists of eight launchers and 32 missiles in addition to acquisition and engagement radar systems and a command post.

In media reports, it is speculated that three S-400 regiments would be deployed on the western and two on the northern border. But, in view of the long borders and possible seaward approaches, with a limited resource of five regiments of S-400, it will not be possible to cover the entire area. Hence, for best results, S-400 is likely to be deployed to safeguard the security of VAs/ VPs of national importance along with other air defence weapons systems in layered defence concept. It will have an option to deploy these in mission specific roles especially as the system is highly mobile and can be located wherever it is most needed. India would have much greater flexibility in deployment of this weapon system along with DRDO-developed two tier Ballistic Missile Defence System, US-Norwegian National Advanced Surface to Air Missile System (NASAM-2) and land version of Indo-Israeli Medium Range Surface to Air Missile (MRSAM) Barak-8 which would also be eventually integrated in the system.

The first regimental set of S-400 Triumf ‘SA-21 Growler’ air defence systems will be delivered by Russia to India before original schedule time which was in 2021, and Russia is ready to consider accelerating the delivery of the following consignments. The delivery of the regimental equipment will be staggered and is expected to be completed ahead of 2025. According to the contract between the two countries, the fifth and final equipment is slated to be delivered by the first half of 2025.

Indian systems are likely to be deployed as per the appreciation of the prevailing situation. Much has already been written and talked about the likely deployment and operational effects. In this article the system configurations and capabilities have been explained. This system is likely to be upgraded to S-500 system in Russia soon and possibility of its acquisition by India in future will be high. A few important technological aspects of this system are also included in the article.

The Triumf integrates multifunctional radar, autonomous detection and targeting systems, anti-aircraft missiles, launchers and command and control centre. It is capable of firing three types of missiles (with two modifications of 9M missile) to cover its entire performance envelope.

The system can engage all types of aerial targets including aircraft, unmanned aerial vehicles, ballistic (range up to 3,500km) and cruise missiles within the range of 400km at an altitude of up to 30km with a maximum speed of 4,800m per second. A successful test at a range of 400km was conducted in April 2015. Even the US stealth aircraft like F-22 Raptor, F-35 and B-2 Spirit bomber could be challenged by this system if there were enough S-400 batteries operating as part of an integrated air defence network.

Target detection distance is 600km. The panoramic radar detection system (91N6E) is protected against jamming. The S-400 can track 300 targets simultaneously and engage 36 of them. It utilises an active electronically scanned array. All-purpose maximum radial velocity is 4.8km per second. The system’s response time is less than 10 seconds.

The 55K6E command and control system of the S-400 Triumf is mounted on the Ural-532301 mobile command post vehicle. The command post is equipped with liquid crystal display consoles to process the air space surveillance data of the individual batteries. It controls and monitors long-range surveillance radar, tracks and prioritises aerial threats and coordinates operations with other batteries. The entire system is automatically operated. The maximum distance between the command centre and the battalion 98ZH6E with the use of re-transmitters is up to 100km. It can also be integrated into the existing and future air defence units of other services, including the navy. The system can move on roads (60 km/h) and off roads at speeds up to 25 km/h. It can take a combat ready position on any ground within five minutes.