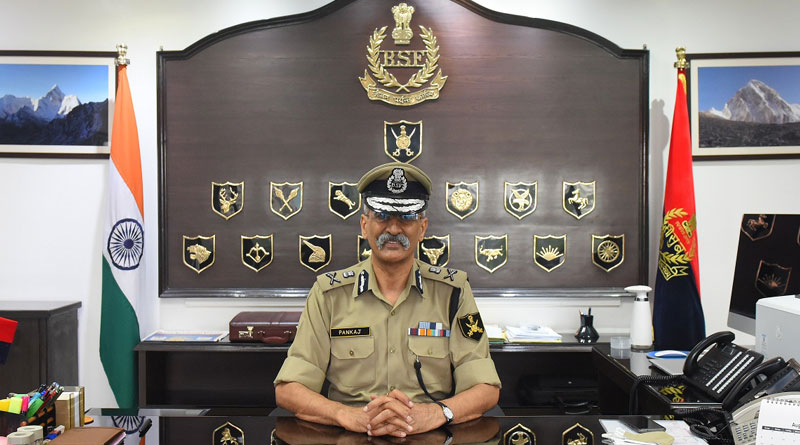 Pankaj Kumar Singh, IPS took over the charge of Director General of BSF on 31 August.

He is an officer from 1988 batch of the Indian Police Service of Rajasthan Cadre. His educational qualifications include BSc (Hons) Physics, LL.B, M.Phil., and PG Diploma in Business Administration from IIM Ahmedabad.

He has served in various capacities in his cadre including Inspector General (Law and Order), IG (Personnel), IG Jaipur Range, ADG Crime Branch & ADG Traffic. He has also served in the United Nations International Police Task Force in Bosnia. He had served in Central Bureau of Investigation at the ranks of Superintendent of Police and Dy Inspector General. He had a successful stint in CRPF at the rank of Inspector General (Ops) West Bengal, Chhattisgarh and New Delhi. In BSF he has served as ADG BSF Eastern Command and SDG (HR).