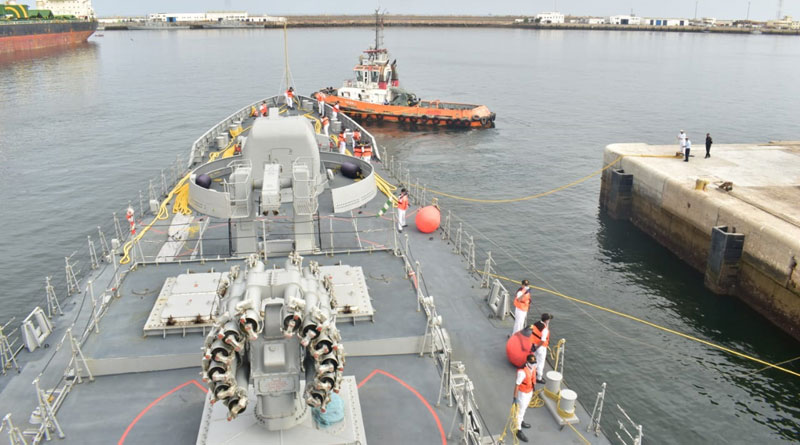 INS Tabar, as part of her overseas deployment, made a port call at Casablanca in Morocco on 25 and 26 August.

Upon leaving the harbour on 26 August, the ship participated in a Maritime Partnership Exercise with Royal Moroccan Navy ship ‘Lieutenant Colonel Arrahman’ off Casablanca port. Evolutions like communication drills, replenishment at sea procedures and naval manoeuvres were undertaken during the exercise. The exercise concluded with the traditional ‘Steam Past’ between the two ships to bid farewell to each other.