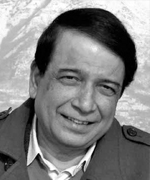 In the 2017 book, Dragon on Our Doorstep: Managing China Through Military Power (co-authored with Ghazala Wahab), I wrote: ‘Let alone China, India cannot even win a war with Pakistan.’

Today, Pakistan military will outmatch Indian military in a war by a convincingly huge margin. The main reason for this is the mindless abrogation of Article 370 and the creation of two separate Union Territories from the erstwhile state of Jammu and Kashmir.

For the uninitiated, both India and Pakistan follow the 1980s Air-Land Battle war concept, where the focus is on battles, and hence attrition. Given the high value assets close to the border on either side both armies try to ensure that no inch of land is lost, as even a tactical concession of land becomes a matter of national prestige. Another feature of this war concept is that the enemy area is artificially divided into tactical and operational levels: Tactics for battles, and operations for campaign or war. The outcome at the operational level of war depends on (a) outcome of the series of battles fought, (b) the highest strategic level of war which determines wider choices in planning and execution, and (c) morale of troops whose bedrock is realistic training.

Both militaries traditionally have been matched at the operational level which determines war outcome. This is why India has not been able to obliterate the military line created on 1 January 1949 in all wars that the two have fought. In the 1971 war, the Ceasefire Line was re-named Line of Control by give and take of territory by both sides.

The six-lakh Pakistan Army has been able to match the 13-lakh Indian Army at operational level for two reasons. One, the creation of the Inter-Services Intelligence (ISI) for internal and external intelligence in 1948 was a masterstroke. The use of tribals for the October 1947 offensive in Kashmir and their indiscipline by stopping in Baramulla for loot and ravaging rather than moving swiftly to capture the Srinagar airport, convinced the Pakistan Army of the need for ISI to tame and discipline irregulars in war with India with larger strength. Pakistan army chief, Gen. Pervez Musharraf called these irregulars Mujahids which he used in the 1999 Kargil conflict as his first line of defence. Mujahids along with rangers (paramilitary led by regular officers and with army ethos) more than made up for Pakistan Army’s relatively lesser regular troops in war of attrition on the frontline.

And two, Pakistan has much stronger strategic level which directly impacts the operational level of war. Unlike in the case of India, the Pakistan Army controls its nation’s nuclear and security policy and would brook no interference. Moreover, Pakistan army chief is in command of all field formations and the other two services chiefs listen to him. In India, while the army chief too is in command of all field formations, he is one amongst the three chiefs, and is susceptible to political and bureaucratic interference. Under the Constitution, the civilian defence secretary is responsible for the defence of India. Worse, now the three services’ chiefs are principal staff officers to the four-star Chief of Defence Staff. Given this, quicker decision making by the Pakistan military adds to its advantage at the operational level.

Moreover, Indian Army’s 30 years involvement in Counter Terror operations (CT ops) has rendered it unfit for conventional war. There is a huge difference between fighting CT ops and training for conventional war. The latter involves combined arms operations. If the Indian Army was doing the latter sincerely, it would have built credible counter offensive capabilities which would have compelled the Pakistan Army to review its proxy war strategy.

The dramatic changes in J&K on 5 August 2019 has weakened Indian military no end. The rejection of Ladakh union territory by China, the creation of new maps by India, and the announcement by the Union home minister in the Parliament that Aksai Chin would be reclaimed, has spurred need for combined operations by the PLA and the Pakistan military in the new war theatre comprising Ladakh, Siachen, Kashmir, Pakistan occupied Kashmir, and Gilgit Baltistan.

The interoperability (ability to fight together) developed by the PLA and Pakistan military since a decade by Shaheen series of exercises by the two air forces, and Warrior series of exercises between their Special Forces will be put to use in the new single theatre. The Pakistan military would get real time intelligence, surveillance, and reconnaissance and Position, Navigation, and timing (PNT for missiles accuracy) by Beidou satellites system. China’s humongous cyber war capabilities could inordinately delay Indian Army’s mobilisation plans, and the Air Traffic Control towers could go haywire impacting on IAF’s fighters’ performance.

Moreover, since the Indian Air Force’s operational gaps got exposed on 27 February 2019 during Pakistan Air Force’s operation Swift Retort, both PAF and Pakistan Army are expected to perform well in electronic warfare, and electro-spectrum management. Helped by the PLA, Pakistan has built formidable air defences, and is likely to use Chinese-built drones as its second air power. Unlike Indian military, the Pakistan military platforms with most equipment of Chinese origin would have excellent operational sustenance to maintain long periods of intense rates of air and ground firepower.

The Centre of Artificial Intelligence and Computing (CENTAIC) set up under the PAF in August 2020 with Chinese support would throw up operational surprises. While cognitive electronic warfare would be some time away, use of Artificial Intelligence by PAF jets in closing the Observe-Orient-Decide-Act (OODA) loop faster than the IAF especially for stand-off precision fire is likely. This, coupled with the fact that the PAF has better pilot to aircraft ratio would work to Pakistan’s advantage. Unless the IAF integrates cyber and electronic warfare in its attack profile, and is fully networked, it stands little chance in war.

Finally, two biggest issues. One, the limited IAF assets would be divided in two war theatre, and against two enemies with dramatically different war concepts. The two war theatres would be Ladakh, Siachen, Kashmir, POK, and Gilgit-Baltistan; and Arunachal Pradesh. The former would be combined operations between Pakistan army and air force, and PLA’s Xinjiang military command. This would be one-front reinforced war against India. The second war theatre would be under the Tibet Military Command.

Moreover, the Pakistan military will fight war of attrition, while the PLA would fight war of cognition where attrition would be a side issue. It would be impossible for the Indian army and air force to fight two entirely different wars especially when it is ill-prepared for the PLA war.

The PLA war would start and finish at the operation level. Comprising of multi-domain operations involving four battlespaces—physical, virtual, information, and cognition—, it would bypass the line of contact that the Indian Army has been holding and hopes to fight on. Once the PLA achieves dominance in the virtual and information battlespaces, the physical battlespace comprising the army and the air force would be as good as lost.

With imaginative war concepts, the PLA would render Indian boots on the ground irrelevant. Unlike what the Indian Army leadership believes, human soldiers for occupation of large swaths of territory are not essential. If this sound unreal, it only shows lack of understanding of PLA’s war that it has been preparing for against the Indian military since the 2017 Doklam crisis.

The other big issue would the massive advantage that the ISI would have in the Kashmir Valley. Unlike the 1965 war when Kashmiris came to India’s rescue by turning in Pakistan army’s Mujahids under operation Gibraltar, it would be the opposite in the next war between India and Pakistan.