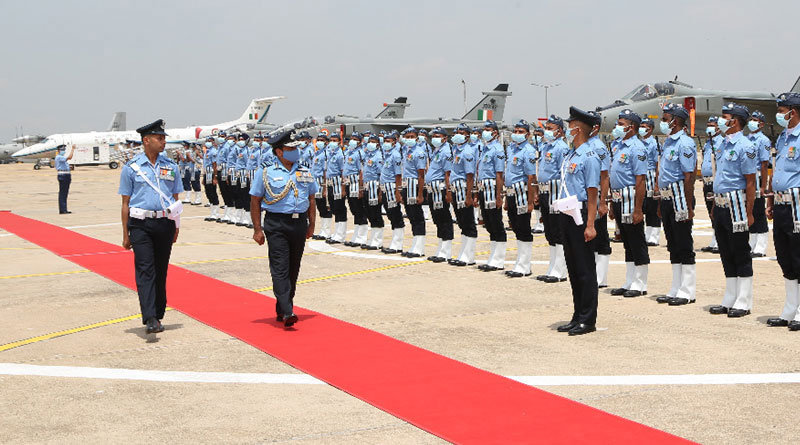 Chief of the Air Staff (CAS), Air Chief Marshal R.K.S Bhadauria visited IAF units and flight-test establishments of the DRDO and HAL at Bengaluru on 23 and 24 August. On arrival, CAS was received by Commandant Aircraft and Systems Testing Establishment (ASTE), Jeetendra Mishra. The CAS flew in an IOC LCA Tejas.

During his visit to ASTE, CAS was given an overview of ongoing projects and briefed on progress of operational trials. During his interaction with personnel, CAS spoke of the unique and challenging role of the ASTE. He lauded its achievements and reemphasised the need for staying ahead of the curve in order to leverage its expertise in delivering the requirements of IAF operational units.

CAS also visited Software Development Institute (SDI), the unit tasked for undertaking development of avionics software. He noted that the sustained focus on critical projects by the Institute had contributed significantly in increasing the operational and functional capability of IAF. CAS outlined his vision for SDI to move towards software indigenisation for integration of various weapons on IAF aircraft and achieving self-reliance in enhancing combat potential.

As part of the visit, he interacted with the test crew and engineers of Aeronautical Development Agency (ADA), DRDO and Hindustan Aeronautics Limited (HAL). CAS underscored the crucial role of both the establishments in furthering the shared goal of building an indigenous aviation industry capability of meeting our future requirements.