Most books on leadership are pontifications with a list of do’s and don’ts. I have books, some old and some new, which spell out the essentials of leadership by live examples on how critical situations were successfully dealt with and, sometimes, how mistakes were made, but corrected. This short list of four books will give leaders, especially of the military, an insight into the art of leadership and the art of turning adversity into advantage. 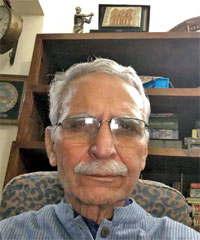 The Leadership Secrets of Colin Powell by Oren Harari and published by McGraw Hill in 2010. The book provides no-nonsense, proven leadership solutions, the most important being ‘Change Before you are Forced to’. Colin Powell was short on talk, long on action and with a will to succeed in a profession where failure is not an option. What was surprising was his decision to join the ‘Republican’ Party, post retirement. Maybe he thought he could influence them about their attitude towards the Afro-Americans. What stood out was his principled stand against the Republican President Donald Trump in the run up to the recent US Presidential elections.

Children of Abraham at War: The Clash of Messianic Militarisms by Talmiz Ahmad, published by Aakar Books in 2010. The book deals with the central role of religion in providing ideology, organisation and impulse to contemporary terrorism which demonises the enemy. God is seen providing divine sanction for the perpetration of the most horrendous violence against the ‘Other’ which is identified as a collective enemy among whom ‘no one is innocent’. In contemporary times we are witnessing a revival of such views in South and Southeast Asia with age old mutual non-comprehension, intolerance and demonisation. The book gives a good insight on these developments in contemporary politics.


Defeat into Victory by Field Marshal Viscount Slim and published by Cassell, London in 1955. This is an old favourite of mine right through the military service. The reconquest of Burma by an Army which had been resoundingly defeated by Japanese forces is adequately summed by the title ‘Defeat into Victory’. The book is of great length and insightful learning punctuated by flashes of humour, an essential ingredient to calm nerves in tense military situations. The tools of warfare have changed dramatically since the World War II but not methods of leadership and human spirit.

The Sarkari Mussalman: The Life and Travails of a Soldier Educationist by Lt Gen. Zameer Uddin Shah (retd) and published by Konark Publishers in 2018. This may be viewed as ‘trumpet blowing’, but the book, despite having received favourable reviews has not been read seriously in military circles. It is a personal narrative written from the standpoint of a Regimental, Brigade, Divisional and Corps Commander covering a gamut of problems faced, decisions taken, what helped, what hindered and good luck, which a soldier needs in plentiful measure. It is a complete and unbiased report of the 1971 Indo-Pak war, insurgency in Northeast India, riot control, dispensation of military justice, insights into military leadership and, of course, military humour.