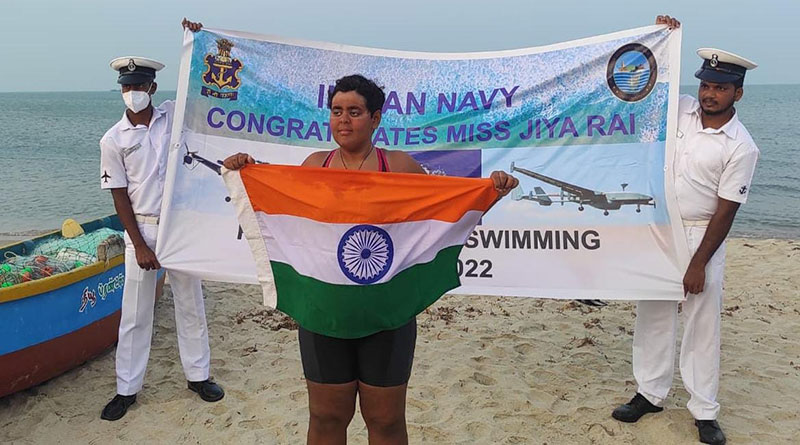 Jiya Rai, daughter of a senior sailor of the Indian Navy, Madan Rai, MC-AT-ARMS II of INS Kunjali, and a student at Navy Children School, Mumbai, brought laurels to India by swimming across the Palk Strait from Talaimannar (Sri Lanka) to Dhanuskodi (India), a distance of 29 km, in 13 hours and 10 minutes on 20 March 2022. A child with autism spectrum disorder, she achieved the feat at the age of 13 years and 10 months, becoming the youngest and fastest female swimmer in the world to swim across the Palk Strait. The record was earlier held by Bula Chowdhary who swam the distance in 13 hours 52 minutes in 2004.

During the event, the Sri Lankan Navy provided search and rescue cover in Sri Lankan waters while the Indian Navy and Indian Coast Guard provided similar support in Indian waters.

Jiya Rai is a recipient of a number of prestigious awards, including the Pradhan Mantri Rashtriya Bal Purashkar – 2022.