By elevating terrorism to the level of the main problem, Modi government fostered siege mentality among India’s majority. An extract 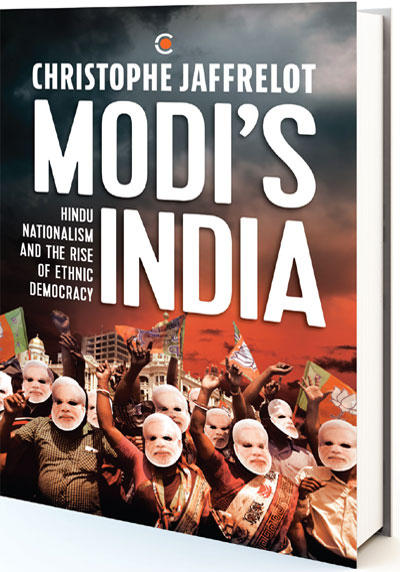 Long after the attacks in the early 2000s—and their near cessation in major cities—reliable opinion polls show that an Islamist threat was increasingly more keenly felt and that the fear of attacks remained omnipresent. In 2017, nearly ten years after the Mumbai bombings, a Pew Research Center survey revealed that 76 percent of Indians still considered terrorism the main problem facing India, just behind crime (84 percent). Even more surprisingly, ISIS topped the list of threats facing the country for 66 percent of respondents—a record—even though the organization had never struck in the country.

In the context of the wave of attacks in the first decades of the 2000s, Hindu nationalists tried to appear as defenders of their endangered community and conflated Islamism and Islam. In 2006, a veteran member of the movement, Subramanian Swamy, published a book titled Hindus under Siege: The Way Out. He wrote,

We Hindus are under siege today and we do not know it!! That is what is truly alarming. Hindu society could be dismembered today without much protest since we have been lulled into complacency or have lost the capacity to think collectively as Hindus… For example, recently, we had a near disaster in Ayodhya: Pakistan-trained foreign terrorists slipped into India and traveled to Ayodhya to blow up the Ram. Their attempt was foiled by courageous policemen. But did the representative government of 870 million Hindus of India react in a meaningful way—that is, did it retaliate to deter such attacks in the future?… No wonder terrorists have continued to target and disrupt India, and Hindus are their focus.

Terrorism was not the only threat weighing on Hindus, according to Swamy: demographic trends were another, which also pertained to Christians due to their proselytizing activities. He maintained that ‘Hindus are facing a terrible pincer; Islamic fast population growth and illegal migration, in conjunction with Christian money-induced conversion activities.’ He viewed northeast India as a particularly critical area due to the strong Christian presence there, immigration from Bangladesh, and a high Muslim birth rate, which he claimed would make Muslims a majority in fourteen Assam districts by 2031. He wrote, ‘We see what Muslim majority will mean to Hindus when we look at the situation in Kashmir.’

This discourse, repeated at every possible turn by all Hindu nationalist press organs and leaders in keeping with a well-oiled politics of fear, heightened the majoritarian community’s sense of vulnerability. This repertoire illustrates how, according to Arjun Appadurai, ‘predatory identities’ exploit ‘the fear of small numbers’ that comes from the demographic delusion mentioned above, as well as from the ‘anxiety of incompleteness’ that afflicts ethnic communities when these communities do not coincide with the nation-state. In such cases, ‘the existence of even the smallest minority within national boundaries is seen as an intolerable deficit in the purity of the national whole.’ This desire for purity (and therefore the elimination of minorities) has always driven the proponents of Hindutva aspiring to build a Hindu Rashtra, but it became even more pressing with the intensification of fear of external and internal threats, because national unity then became a categorical imperative.

The Sangh Parivar’s goal, however, was first to bring Hindus from fear to outrage and anger, a theme that all populists exploiting social frustration have developed in the early twenty-first century. But this is not a new phenomenon. Ethnic nationalism always draws from a wellspring of resentment—the gap between an ideal to which one aspires and one’s actual condition. This mechanism, which was discussed in chapter 1 when explaining the birth of Hindu nationalism and which was reactivated in the 1980s, as mentioned above, had found expression in anti-Muslim anger. During the Ayodhya movement, the Sangh Parivar had promoted a new image of Ram as an angry god. Today, they more frequently use the image of ‘angry Hanuman,’ the commander of Ram’s armies, to represent an equally muscular and more savage form of outrage.

Anger was simmering already among a large swath of Indian youth who felt increasingly frustrated in the early 2010s in the face of an obvious contradiction. On one hand, India had experienced two-digit economic growth for years, ushering the country into a new era whose ideal self-image increasingly overlapped with that of Western consumer society—hence the making of the aspiring neo-middle class mentioned in chapter 2, a social category living on hope. On the other hand, inequalities were increasing, as the country was not creating enough jobs for its youth, at once due to a population growth rate that put 10 million newcomers on the labor market each year and a cyclical slump that considerably lowered India’s growth rate at the end of the last decade. One of the social categories that suffered most from this contradiction was none other than the neo-middle class. However, many middle-class, upper-caste young people who already believed they were victims of positive discrimination felt similar frustration in cities and in rural areas alike, since the urban/rural divide was tending to blur as it did in Gujarat. Hindu nationalists began to focus on these ‘angry young men,’ seeking to channel their anger by devising a new polarization strategy targeting Muslims.

This strategy emerges clearly from the analysis and fieldwork done by Prashant Jha in Uttar Pradesh in 2017. His conclusions highlight practices initiated ten years previously. One local BJP leader, in fact, explained to him how the party sought to portray Hindus as the victims of Muslims and those who protected them politically, especially because Muslim butchers continued to slaughter cows: ‘The point is to show we are the victims. This will get Hindus angry. They will then realize they have to unite against the Muslims.’ The same BJP leader thus justified the ‘pink revolution’ theme Modi introduced in the 2012 Gujarat election campaign to denounce the slaughtering of bovines: ‘When you think of these slaughterhouses, what images come to your mind? I think of Muslim butchers, cow slaughter and blood on the streets. I think of how the Muslims have taken over our public life, how they are destroying our culture and lifestyle, of how there are chicken and meat shops everywhere, and how they have become rich doing this. By raising it, we want to wake up the Hindu, get him angry.’ Making Hindus angry by presenting Muslims as hostile to their values and enjoying privileges (granted to them in exchange for their electoral support for certain parties) is a BJP strategy that dates to the 1980s in connection with the aforementioned Shah Bano case. Circumstances in the 2000s have breathed new life into the tactic, however, by making the Muslim the ideal scapegoat in a context of extreme frustration among the youth.