How Xi Jinping linked ocean to economic prosperity of China 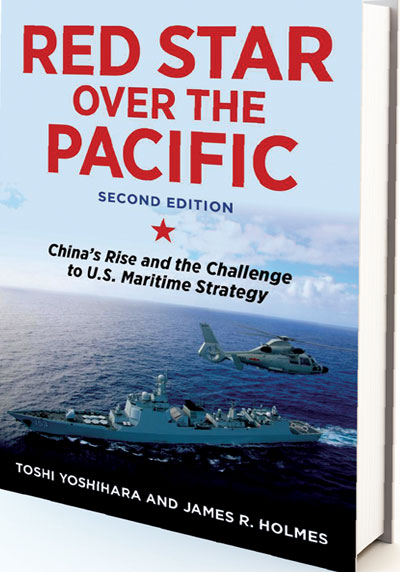 On July 30, 2013, less than a year after assuming office, Xi convened a collective study session bringing together members of the Political Bureau. At the meeting he set forth his own vision for Chinese sea power. Notwithstanding the stilted prose that typifies communist directives, Xi’s message foreshadowed his policy and strategy for his first term of office. Although a full transcript is not publicly available, an official summary paraphrases the speech’s key elements. We quote the summary at length because Xi’s remarks continue to be relevant and influential. The CCP chairman first pledged to carry forward his predecessor’s aims: “The 18th Party Congress has set forth the important task for building China into a maritime power. It is of great significance to implement the important task for promoting China’s economic development in a sustainable and healthy way, safeguarding national sovereignty, security, and development interests, realizing the objective of building China into a well-off the society in an all-round way, and realizing the great rejuvenation of the Chinese nation.”

Xi viewed sea power as integral to China’s economic well-being and thence to its long-term strategic success. But there is more to maritime power than attaining concrete interests: maritime power is inseparable from China’s dream of national regeneration. Xi went on to describe the comprehensive importance of the seas: “The ocean’s function for national economic development and opening up to the world has become more important, the ocean’s place for defending national sovereignty, security, and development interests has become more prominent, the ocean’s role for the civilized building of our nation’s ecology has become more apparent, and the ocean’s strategic position for international, economic, military, and technological competition has clearly risen.”

The sea is not just an enabler for economic development but also increasingly, a cockpit for competition involving all elements of national power. Even as China engages with the world, therefore, inter-state struggles among the great powers will accompany its campaign for sea power. Xi Jinping next sized up China’s ability to fulfill its sea borne ambitions: “Our nation is a continental power and an oceanic power, possessing a wide range of strategic maritime interests. After many year of development, our maritime enterprise has, on the whole, entered the best development period in history. These accomplishments have set a firm foundation for our pursuit of maritime power.”

Xi’s plea for the CCP leadership to grasp the historic moment sounded remarkably confident for a new leader. His claim that there was no better time to cement and advance China’s position at sea hinted at his ambitions, including the construction of islands in the South China Sea. Xi outlined a broad strategy to hasten China’s arrival as a maritime power, saying China must “insist on the development path of relying on the seas for wealth, using the seas for power, maintaining harmony between people and the seas, and cooperating for mutual benefit. We must solidly push forward our maritime power buildup through peace, development, cooperation, and win-win approaches.”

Beneath the mild words about nautical concord, however, Xi’s strategy displayed a keen edge as he expressed his willingness to exercise hard power should circumstances or rivals infringe on Chinese interests as China construes them. While China treasured peace, Beijing would not seek peace at any price, Xi warned his colleagues not to “abandon our legitimate rights and interests, still less sacrifice our nation’s core interests” for the sake of peaceful development. He then identified major priorities, responsibilities, and possible tensions associated with his policy: “We must balance the goals of maintaining stability and of safeguarding our rights, persist in protecting national sovereignty, security, and development interests on equal footing, and ensure compatibility between safe-guarding our maritime rights and interests and strengthening comprehensive national power… We must prepare for different types of complex situations, enhance capabilities for maritime rights protection, and resolutely defend our maritime rights and interests.”


In this passage Xi acknowledged that Beijing must strike a delicate balance. On the one hand, China must actively exercise its prerogatives at sea. On the other, it must do so without fanning regional tensions that could work against its strategic position. For example, if China’s maritime assertiveness prompted its neighbors to make common cause or otherwise provoked hostility to China’s purposes, that would constitute a strategic failure. That Xi acknowledged the trade-offs between policy choices suggests that the president and his lieutenants started thinking critically about strategy and its dilemmas from their earliest day in office.

The president sounded these themes regularly. On May 24, 2017, speaking before the 12th Party Congress of the PLA Navy, Xi affirmed that a “powerful and modern navy” is necessary “for the realization of the Chinese Dream and the dream of a strong military”. He continued: “Building a powerful navy is an important symbol of building a world-class military, a strategic pivot for building the national into a great maritime power, and an important component of realizing the great rejuvenation of the Chinese nation.”

Like Jiang and Hu before him, Xi committed the Chinese navy to a comprehensive modernization program meant to enable the service to fight and win modern wars. If his directive is any guide, the PLAN will develop a balanced seagoing fleet capable of projecting power to distant theaters.

On October 18, 2017, Xi Jinping addressed the CCP leadership at the all-important 19th Party Congress. Xi’s report looked back on his administration’s achievements over the previous five years while peering ahead to his second five-year term and beyond. During his retrospective Xi listed several important maritime accomplishments. Among them, that China had “actively carried forward construction on the islands and reefs in the South China Sea.” He applauded the PLA for “effectively conducting such major missions as maritime rights protection, counter terrorism, disaster relief and rescue, international peacekeeping, Gulf of Aden escorts, and humanitarian assistance.” Virtually all of these missions involved elements of Chinese naval power. It is notable that Xi ranked “maritime rights protection” first among equals while more or less acknowledging that the Chinese navy played a direct role in maritime disputes in the near seas alongside paramilitary forces.

President Xi reaffirmed his earlier pledge to construct a “world class military” by midcentury. In the meantime, the PLA would “build a powerful and modernized army, navy, air force, rocket force, and strategic-support force” that would fulfill the Chinese Dream and the strong-military dream. “Our military,” Xi continued, “is built to fight. All work must insist on combat power as the criterion, directing focus on the ability to fight and to win.”

With regard to maritime affairs, Xi repeated directives he had issued at the collective work session four years before. He called on his colleagues to “accelerate border area development, consolidate the border areas, ensure border security, insist on coordinated development of the land and seas, and hasten the construction toward a great maritime power.” Xi clearly understands that economic development, homeland defense, territorial integrity, maritime security, and sea power are inextricably connected to one another. Without the means to protect China’s territory, security for the nation’s vast borderlands and seas is impossible. Without security along China’s periphery, economic development in those areas is impossible. Without development and the wealth that comes with it, sea power is impossible; hence Xi’s call to pay attention to all of these inter-related factors at once. At the 19th Party Congress, in short, the president explicated the logic of sea power.

Our survey of statements from five generations of Chinese leaders reveals several themes. Each man grappled with maritime power in accord with the unique circumstances and challenges confronting the nation during his tenure. Mao saw the navy as a tool to consolidate the new regime’s control over coastal China, consummate national unification, and confront hostile imperialist powers. While homeland defense and Taiwan independence remained top priorities in the 1970s and 1980s, Deng foretold that many maritime interests would emerge from reform and opening. As a consequence, he reoriented the navy toward an outward-looking economy.

Successive leaders implored the PLAN to safeguard China’s countless rights and interests in the nautical realm. Beginning with Deng, Chinese leaders began to conceive of sea power in grand-strategic terms. Maritime power at once represented a component and a source of comprehensive national power. Leaders from Deng to Xi came to view the navy as a means to fortify national security while nourishing economic development.

As China’s power waxed, so did the CCP leadership’s ambitions for the navy. Mao’s humble riverine and coastal-defense force gave way gradually to a local navy under Deng. In turn Deng’s vow never to operate beyond the Pacific Ocean gave way when his successors directed the PLA Navy to gird itself for global missions. As such, China’s current quest for sea power constitutes no break with Communist Chinese history: the world is simply witnessing decades of Chinese maritime development come to fruition.

And finally, the foregoing themes suggest that China’s turn to the seas is not some passing phase. Indeed, Chinese sea power is now entrenched within the CCP leadership’s larger scheme for national rejuvenation, as manifest in Xi Jinping’s metaphor of the Chinese Dream. Wolfgang Wegener would salute the strategic resolve China has exhibited since the age of Mao — resolve that has brought China and its navy to where they stand today.