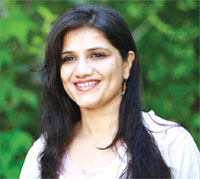 What were the challenges you faced during the decade-long field work? Which conflict zones were more challenging than others and why?

Accessibility to the volatile regions, language barrier in some places, building trust with the locals, and of course security issues.

It was quite challenging to conduct research near the Afghanistan-Pakistan border. The key concerns were security and the accessibility to the volatile areas. In December 2017, while planning a trip from Kabul to the Nangarhar province (bordering Pakistan) along with Ahmad, a local, one of my friends from Kabul said, “On the way to Jalalabad (the capital of Nangarhar) the Taliban is often seen on the checkpoints in the evening. Therefore, it is better to travel in a public vehicle and wear a hijab and a long robe so that you can melt in the crowd.” His family members advised me to avoid talking during the entire journey of around four or five hours and communicate with Ahmad only through gestures.

When I reached Jalalabad, the director of an NGO told me, “Jalalabad is on high security alert and it is not advisable for an Indian national to stay in a hotel or guest house since Nangarhar is close to the Pakistan border.” I spent the next few nights in a training hall of the NGO.

Conflicts exist because of political problems and each have different political context. Was it a conscious decision to steer clear of the political landmines? Why?

While I have focused on the human aspect of war in my book, yet it is not always easy to isolate the political context from the human aspect, which I believe does come through in the subtleties of the narratives. Yet the ordinary people are central to the book.

Well, it was not about ‘steering clear of the political landmines’. Since my MA days in JNU, at the time of the conflict in Sri Lanka, hearing and reading about the Disarmament, Demobilization and Reintegration (DDR) process of the child soldiers in the country made me anxious about the future of these children.

I decided to work in the field of children in armed conflict, but years of travelling to the conflict or ‘post conflict’ zones in South Asia, West Africa and the Middle East, and interacting with the locals who had either lived through the conflict or those who had participated in it made me want to explore conflict through the eyes of people—how they survive, adapt, build resilience and even construct hope in the times of the deepest despair. 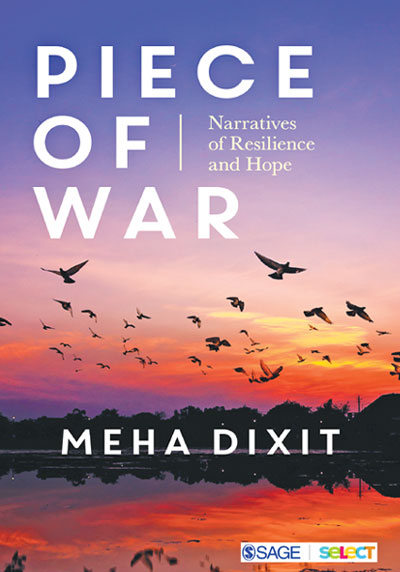 As you mentioned yourself, you also wanted to focus on resilience and hope. Were there any moments of despair?

Of course, there were moments of despair too. Through my interactions with the people in conflict zones for over a decade, I discovered that their lives often straddle hope and despair, weakness and strength, and vulnerability and resilience. Yet most individuals and communities often improvise or develop ingenious coping mechanisms to deal with negative emotions induced by war stress.

Who is the book addressed at? Who do you view as the core readership?

The book is addressed at those who are interested in the subject of ‘civilians in armed conflict. Besides, it is also meant for the researchers and students of ‘peace and conflict studies’, as well as the law enforcement agencies.

If the civilian population is at the receiving end of unresolved political problems, then the law enforcement agencies are the instruments of political power. During your research did you feel that such neat binaries were not possible and there could be victims on both sides?

Wars or conflicts are no longer confined to the battlefields, they have increasingly penetrated the civilian spaces. Consequently, distinguishing between combatants and non-combatants or perpetrators and victims may be a difficult task. Besides, in insurgencies across the world where the ‘civilians’ are used as informers or may provide shelter to the militants or insurgents, a clear distinction between victims and perpetrators becomes problematic. I feel, therefore, such neat binaries are not always possible.