Can the situation in Tibet be considered peaceful and the conflict resolved? An extract 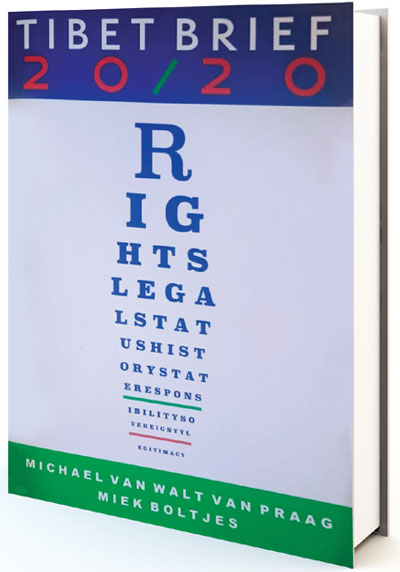 From the previous section it is clear that both opposition to PRC rule and repression are ongoing, and that the situation in Tibet is not peaceful. The Chinese government confirms this in its Military Strategy White Paper, in which it singles out the national and political security and social stability challenge posed by “separatist forces for ‘East Turkestan independence’” and “Tibet independence” and the “formidable task” of combatting it.

A conflict can be considered resolved when the leadership of the two sides of the conflict have reached an agreement that addresses the underlying problems. The Chinese and Tibetan leadership have not come to such an agreement. Representatives of the Dalai Lama and of the PRC government did hold nine rounds of talks from 2002 to 2010, but failed to reach any agreement. No talks have taken place since then between the two sides. The conflict therefore remains unresolved.

As recently as 2020, the PRC instituted laws and other measures to combat and criminalize ‘separatism’ in Tibetan areas—a label used to prohibit not only political activities and communications but also manifestations of Tibetan cultural, religious and linguistic identity—and to assimilate Tibetans into the Chinese majority people. These included an ‘ethnic unity law,’ new restrictions and prohibitions on the use of Tibetan language in education, measures to track and punish the sharing of ‘illegal content,’ and a campaign called “Post a million police in a million households,” designed to integrate security forces in communities at the local level.

The most visible indication that the PRC itself does not consider the conflict resolved is Beijing’s continued aggressive campaign of pressuring national and even city governments around the world to state that Tibet is part of China. The very fact that Beijing feels the need to condition bilateral relations with foreign states on their making statements purporting to confer legitimacy on the PRC’s rule of Tibet, is an unmistakable acknowledgement that the PRC lacks legitimacy in Tibet.

Many governments do comply with Beijing’s request. Many of them also regularly call upon Beijing to negotiate with the Tibetan leadership to resolve the conflict, indicating that they consider it unresolved. The US government, for example, is by law—passed by Congress and signed into law by the President—required to actively promote a negotiated resolution and to appoint a Special Coordinator for Tibetan Issue for that very purpose. European and other governments similarly frequently call for a negotiated resolution and raise this issue with government leaders in Beijing. Parliamentarians of numerous countries urge the PRC to negotiate with the Tibetan side to achieve a settlement of the conflict and some explicitly refer to Tibet as ‘occupied.