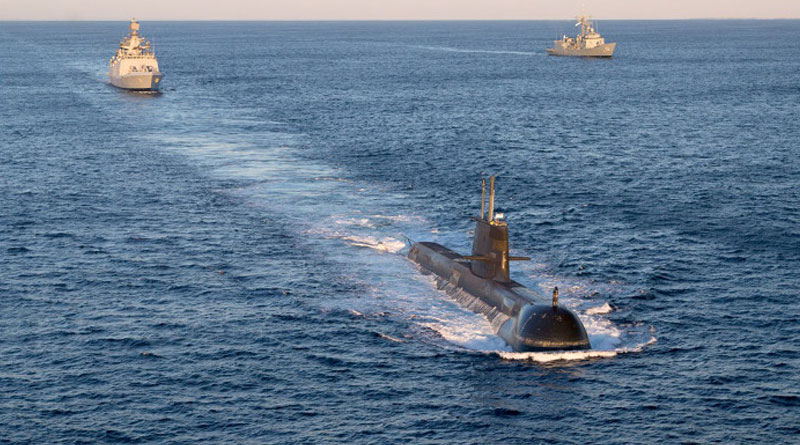 On 4 June 2020, India and Australia elevated their relationship to a Comprehensive Strategic Partnership (CSP) after the two countries held a virtual summit, India’s first ever.

India and Australia inked the Mutual Logistics Support Agreement (MLSA) paving the way for greater defence cooperation between the two countries and facilitate large-scale joint military exercises. MLSA also allows greater interoperability between the assets of the armed forces of both the countries.

India has already signed such agreements with a few countries beginning with the United States and is looking forward to ink a similar deal with Japan and Russia.

The Agreement will allow the two countries to use each other’s military bases for logistics support, including food, water, and petroleum.

And this is in line with India’s increasing engagement in the Indo-Pacific region. Both countries share the “vision of an open, free, rules-based Indo-Pacific region supported by inclusive global and regional institutions that promote prosperous, stable and sovereign states on the basis of shared interests,” according to the joint statement issued by the two countries on CSP.


‘2+2’ Format: To provide oversight to CSP, the foreign and defence ministers of the two countries will meet in a ‘2+2’ format at least every two years. Both countries also jointly decided to continue their regular interactions under the Foreign Ministers Framework Dialogue (FMFD).

Canberra and New Delhi have also jointly decided to continue regular meetings of the annual Australia-India Joint Ministerial Commission to enhance trade and investment relations between the two countries.

Apart from this, the two sides have concluded eight agreements and issued a joint declaration on a “Shared Vision for Maritime Cooperation in the Indo-Pacific.”

The Delay: The MLSA was one of the key agenda points during Australian Prime Minister Scott Morrison’s visit to India earlier in January 2020. However, his four-day visit to India was called off due to devastating bush fires in several parts of his country.

India and Australia will work together bilaterally, regionally and multilaterally, and in mini-lateral arrangements, to support regional architecture in line with their shared values and interests.

India and Australia reiterate their commitment to ASEAN centrality and unity and will strengthen their coordination in regional and multilateral fora, such as the East Asia Summit, the ASEAN Regional Forum, ASEAN Defence Ministers Meeting-Plus, the Indian Ocean Rim Association, the Indian Ocean Naval Symposium, the Indian Ocean Tuna Commission and the International Maritime Organisation, to achieve their shared vision for maritime cooperation in the Indo-Pacific region.

From the year 2007 when Australia was the first country to quit the Quadrilateral 1.0 to the year 2020, the two countries have witnessed a steady upward trajectory over the years.

“India and Australia welcome the ASEAN Outlook on the Indo-Pacific,” said the MEA.

The Australian Defence White Paper (ADWP), 2016 recognised that “the region’s seas and airspace are becoming more contested… as it does, several factors suggest we [would] face an increasingly complex and contested Indo–Pacific.”

Military Exercises: Both India and Australia are part of several multilateral naval exercises such as Rim of the Pacific (RIMPAC) which is hosted by the US and the Exercise MILAN hosted by India.

India and Australia also participated in bilateral naval exercise AUSINDEX, the third edition of which was held from April 2-14, 2019 at Vishakhapatnam. During AUSINDEX 2019, the then Australian Minister of Defence Christopher Pyne said, “I’m pleased that our bilateral defence relationship continues to go from strength to strength. We have gone from 11 defence exercises, meetings and activities in 2014 to 38 in 2018.”

“India is a significant security partner for Australia in the Indian Ocean and in the broader Indo-Pacific region. We share a strong commitment to an open, secure and prosperous Indo-Pacific and to a resilient rules-based global order. Australia is committed to deepening our engagement with India,” he added.

Australia along with Singapore, in the past, was once a non-permanent participant to Exercise Malabar, a trilateral naval exercise involving India, Japan and the United States.

Prime Minister Narendra Modi and his Australian counterpart Scott Morrison have met four times over the last year and a half, both. Their first meet was in the year 2018, on the sidelines of East Asia Summit in Singapore, followed by the G20 in Osaka in June 2019, then during the G7 Summit in Biarritz in August 2019. The two leaders last met in Bangkok in November 2019during the East Asia Summit.