Reading, once cultivated as a hobby can overtime become a habit which is difficult to break. For military officers, this habit should be a part of training discipline, because not only reading opens the mind to new ideas, it also makes the mind supple enough to absorb and challenge those ideas. Both are integral to learning and one’s progress as an officer. Books have always been my companion. While in service I was not able to read as much as I would have liked, today I make up for all those years. Read as much as you can is my one message to all young officers. Here’s my short list of must-read books. 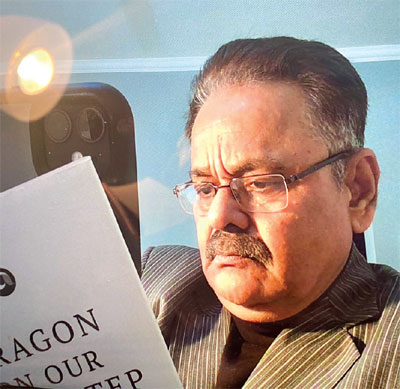 Monsoon by Robert D. Kaplan is a must-read book for naval officers. It was written at a time when China and other country were rising in the Indo-Pacific littorals. The attention of the world was shifting from the continent to maritime domain. He has taken the journey of maritime world from one end to the other in the Indo-Pacific giving out his perception as to why it was necessary and how it would transform geopolitics and the role of China in the future.

Arthashastra is a collection of Kautilya’s articulation of statecraft. He himself was only an advisor but the theory and conduct of statecraft which should be practiced by the kings is worth an understanding. This is about the earliest document in India and still holds good. Today’s Indian foreign policy/ relations are very much structured around Kautilya.

Asia’s Cauldron: The South China Sea and the End of a Stable Pacific. Robert D. Kaplan’s 2014 masterpiece opens with ‘Starting in the last phase of the Cold War the demographic, economic, and military axis of the earth has measurably shifted to the opposite end of Eurasia, where the spaces between the principal nodes of population are overwhelmingly maritime. By maritime I mean sea, air, and outer space: for ever since the emergence of aircraft carriers in the early decades of the twentieth century, sea and air battle formations have become increasingly inextricable, with outer space now added to the mix because of navigational and other assistance to ships and planes from satellites. Hence naval has become shorthand for several dimensions of military activity.’ This was perhaps one of the earliest enunciations of battlespace, and for that reason alone, Asia’s Cauldron should be read by all those interested in military and geostrategic matters. 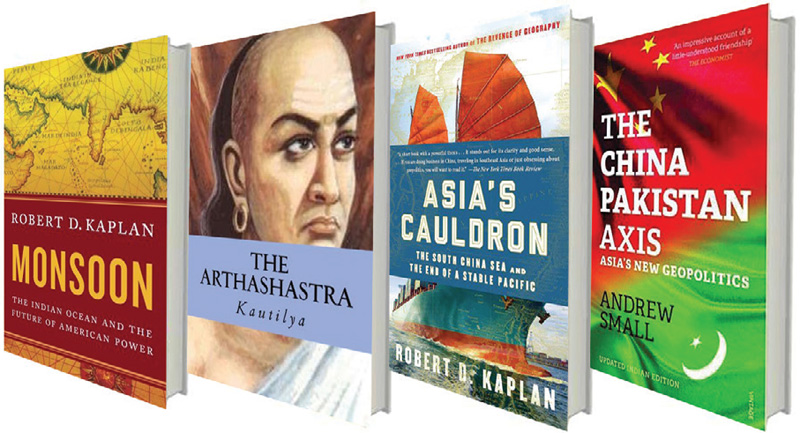 The China Pakistan Axis: Asia’s New Geopolitics by Andrew Small is one of the earliest documented narrative of growing China Pakistan nexus and how it would impact India, Asia, and the world in general. So masterful has been Small’s prognosis that this 2015 book continues to be referred to by writers, analysts, policymakers and students of geopolitics. A must read.

Dragon on our Doorstep: Managing China Through Military Power by Pravin Sawhney and Ghazala Wahab is a very practical approach to China’s threat to India, the region and probably the world. It underlines the way India and the world incorrectly appreciated China’s rise. The book prognosticates what lies ahead for India and recommends ways in which this power asymmetry can be handled.