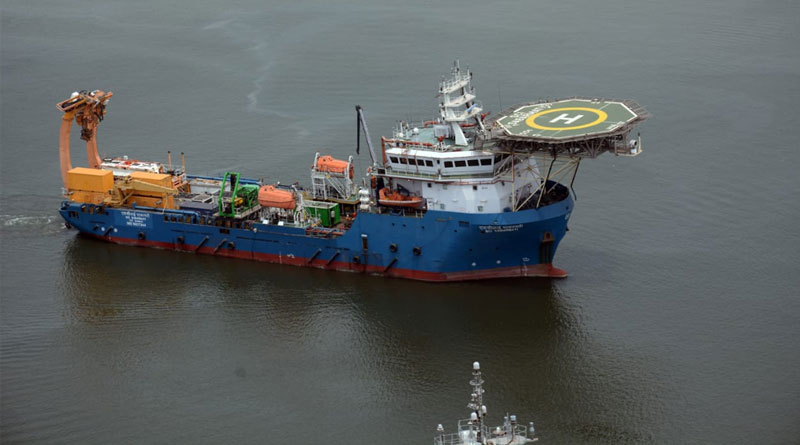 An alert was received by Indian Navy, the same day, through International Submarine Escape and Rescue Liaison Office (ISMERLO), regarding the missing Indonesian submarine. The submarine was reportedly exercising in a location 25 miles North of Bali with a crew of 53 personnel.

Submarine rescue is required to be undertaken when a submarine is reported to be missing or sunk and specialised equipment is required for underwater search to locate the disabled submarine and rescue the personnel who are trapped inside the submarine.

India is amongst the few countries in the world capable of undertaking Search and Rescue of a disabled submarine through a DSRV. Indian Navy’s DSRV system can locate a submarine upto 1000 m depth utilising its state of the art Side Scan Sonar (SSS) and Remotely Operated Vehicle (ROV). After the submarine is successfully located, another sub module of DSRV- the Submarine Rescue Vehicle (SRV) – mates with the submarine to rescue the trapped personnel. The SRV can also be used to provide emergency supplies to the submarine.

As per a press statement from the Indian Navy, “Under the framework of comprehensive strategic partnership between India and Indonesia, Indian Navy and Indonesian Navy share a strong partnership of operational cooperation. The two navies have been exercising regularly in the past and have developed synergy and interoperability which is considered important for the present mission.”