China Made All Possible Efforts to Make India Understand the Need for Fresh Surveys… in Both the Sectors, But Unfortunately it Was Nehru Who Consistently Denied the Need For it 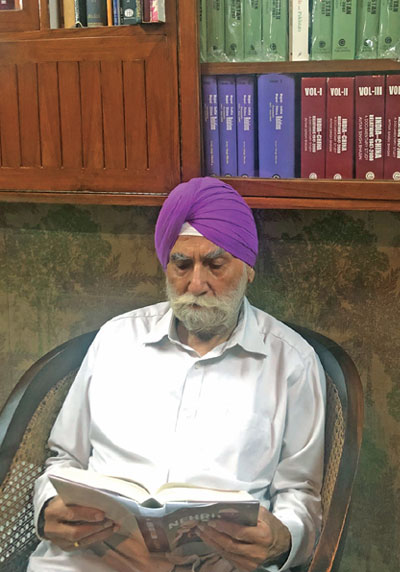 In your Epilogue, you write that no settlement is ‘ever possible on conditions imposed by one party.’ Do you think that under the present circumstances, China can impose a settlement on the strength of its military and economic power?

No, China cannot impose a settlement on India with its sheer military and economic strength. Even status quo is in China’s favour since they are in occupation of the entire Aksai Chin since 1962.

Several books have chronicled India’s difficult relationship with China. In what respect is your book different?

My book goes into the roots of the problem which made a settlement difficult. There were several issues just to take the main question, ‘the borders’: India’s borders with Tibet/ China were problematic. The erstwhile NEFA (presently Arunachal Pradesh), until 1951 was known by the Tibetan name Tawang, and despite the McMahon Line it remained under Tibetan occupation since 1914 and they collected the civil revenue as well.

The British had in 1940 assured Tibet that they would redraw the border line to run south of the McMahon Line thus putting Tawang back into Tibet. But the follow-up action to formally carryout this assurance was not taken by the time the British left India in 1947. After Independence, the government of India too assured Tibet that it would adjust the border in Tawang in its favour of Tibet. Despite this assurance in April 1951 as the negotiations for 17-Point Agreement between China and Tibet started in Beijing, India occupied Tawang ignoring Tibetan protests. Delhi feared that if Tawang was allowed to remain under Tibet, after China’s occupation, its borders would come down to the plains of Assam creating a security dilemma.

In the western sector, on Independence, India found its border ‘Undefined’ in the Survey of India maps. In the maps that Survey of India printed until 1954, the border remained marked ‘Undefined’. In the discussions that were held in 1954 on Tibet’s agreement with China, India consciously decided not to discuss the border question despite being fully aware that the border needed settlement. Not only that, after the Tibet Agreement had been signed, Nehru issued instructions to mark the ‘undefined’ border with a definite line and made it non-negotiable like the McMahon Line. Nehru had already declared on 20 November 1951 that ‘Our maps show that the McMahon Line is our boundary and that is our boundary—map or no map.’ This being the state of affairs there was a need to discuss the borders with its new neighbour, but Nehru remained in denial. Hence the problem.

Relationships between nations are often marked by missed opportunities and wrong turns. Do you think this is true of India-Tibet-China ties? Were there things that India could have done differently?

I think it is more than true of India China relationship. As my response to the previous question suggests, if the borders which were neither delineated nor demarcated had been jointly surveyed and demarcated as China had suggested, a friendly boundary line acceptable to both the countries would have emerged and there would have been no cause for any acrimony. Borders are lines on the map which come into being because of an agreement between the stake holders by adjustment of rival claims, interests and ambitions at points where they adjoin.

On 9 December 1959, he himself cast doubt on his stand on the frontier question and said that in hindsight he and his ministry had lingering doubts ‘that it was not a very wise policy’ but he decided that ‘we should hold our position and the lapse of time and events would confirm it and by the time challenge came, we would be in a much stronger position to face it’. The realisation of the basic truth was missing in India’s stand throughout. Having realised that there were doubts on borders, there was an opportunity next year in April 1960 during Nehru-Zhou summit talks to correct this ‘lingering doubt’, but it was allowed to pass.

How different would history have been, had the Dalai Lama not escaped Tibet and India not offered him asylum?

How much of our present problems, including on the Line of Actual Control are a consequence of misreading history, either innocently or deliberately?

There was no innocence involved in the whole story since there was full awareness of all the facts. But Nehru had certain notions about the borders and insisted that even if the borders were not delineated or marked, they were well known by usage and custom. It may be recalled that foreign secretary Subimal Dutt in his speech at the annual conference of the Governors’ of the Indian States on 28 October 1959 said that ‘The Sikkim-Tibet boundary delimited in 1896 was the only boundary along the entire frontier which was properly delimited’. This says it all. This was only 220 km long border which was delimited or delineated out of the entire border length of about 3,500km.

Saying that the India-China border issue is a ‘problem leftover from history’, Beijing has consistently refused to settle it, though it has settled is borders with other neighbours like Russia and Mongolia. Are there any lessons from history that may help us find a way forward?

It is true that the problem of Sino-Indian border is left over from history. But the need to survey and draw the boundary maps on scientific lines was equally obvious. My reading of the official documents which have been quoted in the book, unfortunately do not support the notion that China had consistently refused to settle it. China made all possible efforts to make India understand the need for fresh surveys and delimiting the borders in both the sectors, but unfortunately it was Nehru who consistently denied the need for it and on the contrary took the position that even if the borders were not demarcated, they were well known by usage and custom.