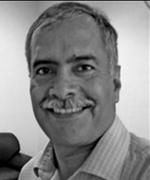 In international diplomacy, friendships between nations have been christened in many forms. The relationship between the UK and the US is called a ‘Special Relationship’ while that between China and Pakistan as one ‘higher than the mountains and deeper than the oceans.’ The Indo-Russian friendship goes much beyond such labels and stands out as an enduring partnership. Nowhere is this more visible than in the defence sector where Russia, erstwhile USSR, is the largest supplier of arms to India.

While the pre-Independence era was one of the Great Game being played out by the Russians on one side and the British colonialists on the other, the modern day engagement traces its origins to the pre-1962 war period, where the Soviet Union was accused of hedging its support to India and siding with China so as to get its backing in its anti-US contest. However, after the end of the Cuban missile crisis, the support tilted decisively towards India with the offer of the MiG-21 fighter, after which there has been no looking back.

The relationship has not been a barter arrangement where India got technology and other expertise in lieu of bananas and Bata shoes, a statement that was often made in the Seventies and Eighties; however, what it did convey was the essence of a one-sided relationship that existed then, that changed very little in the Nineties but is turning the corner in this century. Historically, the strategic environment affecting Indo-Russian relations can be divided into two major time blocks; first between 1950 and 1990 and the second between 1990 and 2010. Subsequently, the equation has undergone a change and would be analysed in this article, restricted only to air power issues.


In 1955, Prime Minister Jawaharlal Nehru visited the Soviet Union and met President Khrushchev who had said, “Shout across the Himalayas if you ever need us”. This visit was followed by visits of Presidents Khrushchev and Bulganin, which laid the foundations of military cooperation. This was also the time when Sino-Soviet military understanding was going through a rough patch. The end of the decade i.e., 1959-60 saw steps being taken for the induction of Mi-4 helicopters, which started arriving in 1962. It may come as a surprise to many that some of these Mi-4s were armed for use against infiltrators in the 1965 conflict with Pakistan, as the Indian official history of that war chronicles.

The beginning of the decade of the Sixties saw the delineation of the sources of arms supplies between India and Pakistan. While Pakistan signed a contract with the US for the F-104 in 1962, the Soviets offered India the MiG-21. This deal moved on fast track and on 3 March 1963, the first Squadron was inducted. Modifications and upgrades of this aircraft were also provided on fast track and by 1964 an upgraded radar was available on the MiG-21. The Su 7 came next and was to be the mainstay of the ground attack capability of the IAF in the 1971 war.

The geo-political map of the sub-continent was to change in December 1971 due to events that happened in erstwhile East Pakistan in March that year — showing insightful foresight India signed the Indo-Soviet Treaty on 9 August 1971. The treaty served India well and showed the maturity of its political leadership. Was a price paid for that? Well, a discussion on this would be outside the scope of this piece, but suffice to say that at various points in its life, a country takes a decision which is good for it within the prevailing scenario — as one sees happening now between the US and Vietnam, of all the nations!

The Seventies saw the induction of the Type 96, which had an upgraded engine and the MiG Bis with an upgraded radar and more powerful engine. In 1981-82, the Indian Air Force (IAF) required a dedicated Ground Attack aircraft which resulted in the induction of MiG-23 BN and later its upgraded version, the MiG-27. During the same period a quantum shift in technology in air defence fighters of the region took place and Pakistan acquired the F-16 from the US. The Soviets offered the MiG-23 ML as a counter, which was also acquired, but surprisingly, after denying its existence, it gave the MiG-29 in 1984 — possibly pushed due to India’s decision to acquire the Mirage 2000 from France.

On the political front, things were moving in a different direction in the USSR, which finally broke up on 29 December 1991. This caused an upheaval in the IAF, too, as supplies from Russia became very erratic due the vast spread of industries in the erstwhile republics of the USSR, which went out of Russia. The establishment in 1993 of Rosoboron as a single point contact had its own set of contractual problems as contracts directly with the original equipment manufacturer (OEMs) became almost impossibilities. Things gradually straightened out and in 1996 the Su-30 MKI contract was signed; the Sukhoi has since become the IAF’s air dominance fighter by choice.

The successor treaties of the 1971 Treaty with the Russian Federation have only cemented the relationship, which saw a renewal when President Dmitri Medvedev visited India in December 2010 and the relationship was elevated to the level of a ‘Special and Privileged Strategic Partnership’. The Indo-Russian partnership is particularly powerful in the military sector. Strategically, the two nations have been conducting biannual joint counterterrorism exercises since 2002 and have held naval exercises in the Indian Ocean in 2003. Anti-piracy operations and the INDRA series of exercises between the armies of the two countries have attested to the continuing strengthening of the relationship.

India remains one of the main foreign partners of the Russian military-industrial complex. Aviation and naval orders continue to drive this bilateral military cooperation. Two-thirds of the Indian army is still equipped with hardware produced in the Soviet Union or Russia; in the Nineties, it was one of Russia’s only customers, ensuring the industry’s survival against the lack of domestic orders. Now, the challenge of Indo-Russian defence relations lies in developing partnerships for the design and joint production of armaments. Since Soviet times, Moscow has delivered to India high performance systems that it refused to its Warsaw Pact allies, or to China — and the MiG 29 export to India in the Eighties comes to mind straight away. India is looking for modern armaments, based on the sophistication and futuristic trends represented in Western arms; this has pushed Russia to shake up its technological base lest it gets marginalised in its sales by other technologically advanced nations. It has realised that India has shed its days of being a captive market and has diversified its military purchases from the United States, countries in the European Union, and Israel, which openly compete against Russian companies. Thus, the challenges of producing the upgraded Sukhoi-30, or the Super Sukhoi as some have termed it, are immense and would be beneficial to the two countries. The Fifth Generation Fighter Aircraft (FGFA) programme, unfortunately, has had its shares of ups and downs. Latest media reports have given a sense of confidence that there is some forward movement. Of the current ongoing programmes, the MiG-29 upgrade is way behind schedule and needs to be looked into.

The range of Indo-Russian defence interaction has been vast, but it is slowly changing, as has been brought out due to acquisition of Western and Israeli equipment. However, Russia is still at the No 1 slot, but others are catching up. Where does this trend lead to? The Su 30 MKI programme is an ongoing one and will last for another two decades at least, and there are the other programmes listed earlier. However, what stands out in the Indo-Russian defence relationship is the joint venture BRAHMOS missile project. Though it is a pre-dominantly Russian design, the larger picture to which it points is the JV way forward which should be given a serious thought. A large number of countries, especially in South-East Asia, are clamouring for the BRAHMOS and this should serve as a stepping stone for joint exports.

The transport, helicopter and air defence systems have followed a similar pattern. After the induction of the Mi-4 helicopter came the M-8/17/25/26/35 in various versions; India now has a huge strength of 159 Mi-17 V5s, with 48 more to follow, making it one of the biggest operator of this type. The transport fleet got the Il-14, TU-124 (VVIP aircraft in Communication Squadron), the An-12, An-32 and the Il-76 from USSR/Russia. The AWACS fleet has the Il-76 platform and the flight refuellers are the Il-78. The Medium Transport Aircraft (MTA) programme, however, is meandering with no clarity on its forward movement; this project has immense potential and the joint stock company being established must be empowered to move ahead.

The air defence network of the IAF has been totally Russian-based, barring the medium and high altitude radars, which have been sourced from the West. Thus, India has had the P-series of radars along with the SAM 2, SAM 3 and SAM 8 or OSA-AK. The IGLA has been the mainstay of IAF’s point defence as a low level Very Short Range Air Defence (VSHORAD) missile. Lately, the selection of radars has tilted towards indigenous products or those from Israel. However, breaking this trend is the Indian requirement of the S-400 SAM AD system. Its acquisition would go a long way in strengthening the nation’s AD network.

Can the Indo-Russian defence cooperation work to advantage in a third country to the mutual benefit of both? This is an arena which should be given careful thought. Take the example of the Mi 35 night upgrade — it was a Russian equipment upgraded by Israel Aircraft Industries (IAI). While India had just about 20 odd machines to be upgraded, the larger aim of the Israelis was to use that upgrade for taking contracts for the hundreds of Mi-35s in other countries — they actually showcased their product in Western air shows. That they did not succeed is a different story but it points to how Indo-Russian cooperation can make use of expertise gained by India in the development of the DARIN Jaguar, ALH/Dhruv and the Tejas programme. Can India and Russia together take defence cooperation along this vector, considering that USSR/Russian sourced equipment proliferates many regions of the world where countries do not have money to buy new equipment, but would not be averse to carry out upgrades which are much cheaper?

There has never been an inimical environment in modern Indo-Russian relations. In fact, India’s historical position of non-alignment has been appreciated and India has not been seen as a competitor by Russia, leave aside as a long-term threat, which is the case with China (despite the recent thaw). Today, both India and Russia share a vision of international balances that does not support a uni or bi-polar centres of power but encourages multi-polarity. To keep a relationship going, no matter of what type, requires continuous efforts on the part of both sides to keep it vibrant. The Indo-Russian defence cooperation, similarly, has to stay invigorated with new ideas and steps taken to put them in use. Joint development and production of new and modern weapon systems will be a crucial factor in sustaining our relationship in the coming years.

(The author is a Distinguished Fellow at the Centre for Air Power Studies; views are personal)