For real gains from Operation Sadbhavana, the Indian Army needs to rethink its approach

There is an old saying that one should do a good deed by one’s right hand in such a manner that even the left hand doesn’t get to know. The philosophy behind this saying is that charity remains an offering as long as one doesn’t talk about it, else it becomes propaganda. 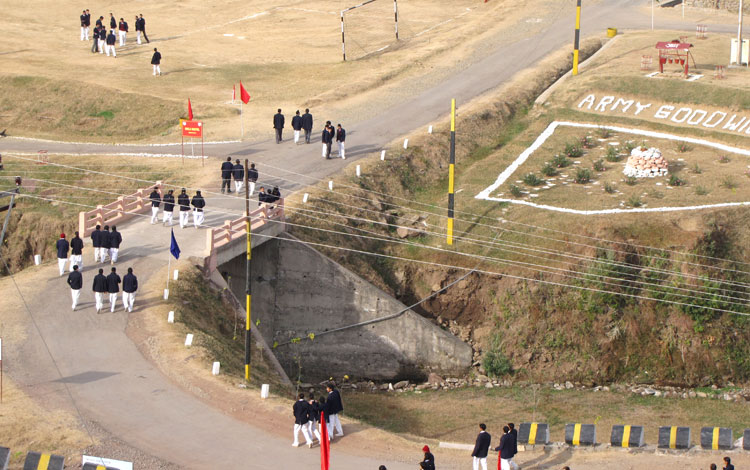 Indian Army’s winning the hearts and mind (WHAM) strategy, Operation Sadbhavana starts at the right place: helping the needy. But unfortunately, it ends at the wrong place: Taking credit for the work. Driving through rural Kashmir, it is common to come across bus shelters with conspicuous plaques on it attributing its construction to one of the army units. This is a bit akin to the benches on Mumbai’s Marine Drive, each of which comes with embedded brass plate with the name of the person who gave money for its placement. Most of the benches are in memoriam; charity is not the purpose really.

Operation Sadbhavana, despite the frequent professions of charity, doesn’t really work that way. It works on the bench formula, of commemorating the names of the benefactor. Take for instance, the most common programme under Sadbhavana, ‘Bharat Darshan’. This programme seeks to familiarise Kashmiris, especially children, from remote areas to the rest of the country by taking them on all-expense paid trip to select Indian cities. Such is the perceived success of this programme that Paramilitary forces have started to emulate this. But these visits end on the wrong note, unfortunately. Children or elderly travellers regards this as paid holiday, even as their family members try to distance themselves from the visit. Because the selected people are photographed with the army personnel, which are sometimes printed in local media. This marks these people.

Moreover, the problem of Kashmir not being integrated with mainland India is not because they don’t know what India is about. Given the extensive personalised trade that Kashmiri do with the rest of the country, an average Kashmiri is extremely well-versed with most parts of India, barring maybe the Northeast. Hence, ‘Bharat Darshan’, as an idea of national integration doesn’t really have much merit.

Going back to the idea of Sadbhavana, while the names of the benefactors live in perpetuity, the virtue of the deed dies the day the plaque comes up. And this has been one of the primary reasons why despite going on for over 15 years, Sadbhavana has not been able to develop a momentum of its own. Perhaps, the problem lies in the prefix ‘operation’ which brings to mind a military action, with not necessarily pleasant connotations. And also in the fact, underlying the supposed good deed is the motive to get people to tattle about their own to the Indian Army, by way of information or, in military parlance, intelligence.


Given that GOC 15 Corps, Lt Gen. Gurmit Singh in conversation with FORCE mentioned in the context of building synergy among different security forces operating in the Valley that, “I must realise that my best intelligence will come from the police so I have to invest in them,” clearly the objective has not been met.

This brings into play another, more diabolical, thought. In incidents of deliberate human rights violations, the erring soldiers are often led to the victims by the locals themselves, sometimes probably to settle scores. Could these then be the beneficiaries of Operation Sadbhavana who curry favour with the army by cooked up intelligence? And probably lead the young officers to believe that Sadbhavana has yielded results? And if indeed it is the police (even the CRPF admits this much) that generates the best or actionable intelligence then what exactly does the intelligence grid of the Rashtriya Rifles (RR) mean, which apparently has been assiduously built over years?

One of the reasons that senior army officers give for not removing the RR from rural Kashmir is that it will compromise their intelligence grids. And if God forbid, the army is called in again (after de-induction) to conduct counter-insurgency (CI) operations, it may take years to build the intelligence network. If the network yields only sporadic or dubious intelligence then is it a worthy investment? Or one with diminishing returns?

This is not to suggest that Operation Sadbhavana is mere lip-service for the army. On the contrary, huge amount of money and effort is spent on running the programme, with each GOC, 15 Corps giving it his own personal touch. For instance, the current corps commander has realigned Sadbhavana with the grassroots. He says, “Instead of top-down, my approach is bottoms-up. I have made my company operating base (COB) commanders the decision-makers as far as projects are concerned. They decide what needs to be done in their area. After all, they are the interface with the people.”

Hence, instead of heavy-duty, money-guzzling programmes like Kashmir Premier League cricket tournament, Lt Gen. Gurmit Singh is focussing on small scale programmes with greater reach and impact. “My biggest focus is the youth,” he told FORCE.

So apart from randomly distributing sport kits among the rural children, the Corps has created specific groups to coach students in different streams. The Super 30 Group takes under its wings 30 students and helps them get coaching for engineering institutes, including the IITs. The Top Gun 20 facilitates Service Selection Board (SSB) Training for 20 students. In addition to these, the Corps also facilitates tuitions for 1,000 class 10 and 12 students. Apart from these institutionalised training programmes spearheaded at the Corps level, various units conduct their own training camps for hotel management or handicrafts etc for rural children.

Learning from its own experience, the army seems to be coming around to the view that the educational programmes work better than infrastructure development ones. Not only with infrastructure development the army steps on the toes of the state administration, it does not have the wherewithal to maintain the infrastructure. In the past, whenever the army built a community centre or a road and subsequently handed it over to the local government to run it, the structures overtime fell in disuse, because no one took their ownership.

In any case it is not the army’s job to begin with. In an interview to a national newspaper two years back, M.M. Ansari, one of the three interlocutors appointed by the Union government in 2010 to interact with the cross-section of Kashmiri population as a means towards addressing their grievances, said (after the submission of the report to the ministry of home affairs) that, ‘Operation Sadbhavana is further undermining the civil administration in the state.’ According to him, ‘the army has become such an over-arching presence in the state that not many have noticed that it has encroached substantially into areas of administration and governance, which in the long-run will be counterproductive. The delivery of basic public services cannot be the army’s responsibility unless in the case of a natural disaster or other extreme circumstances.’

As a result, according to one senior officer at 15 Corps, “The budgets for Operation Sadbhavana are getting reduced progressively. We are not getting into infrastructure building anymore. All we do now is build culverts or roads in the border areas, as they are our requirements too. We are not even building new schools. We have enough schools in the Valley and the focus is to strengthen those.” 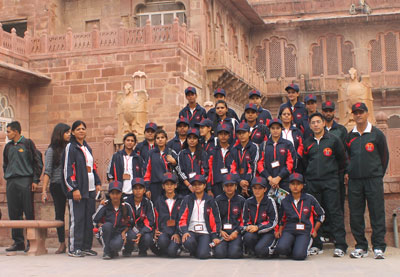 A total of 9,357 children study in 30 Army Goodwill Schools (AGS) across the state. A substantial number, though it accounts for not more than 10 per cent of the state’s student population. Also, of all the Goodwill schools, only three qualify as intermediate schools, the rest being primary or secondary schools. Since many of these are new schools, they will grow as children get promoted to the next class.

Even though providing education is not the army’s job, yet this is one area where it seems to have hit the nail on the head. Barring three schools, AGS Srinagar, AGS Pahalgam and AGS Rajouri, all the other army schools are located in under-developed rural areas close to the Line of Control (LC), presumably where the district administration has limited reach. So from people’s point of view, these schools help, but how much do they help the army remains debatable.

It may not be a bad idea to take stock what all has been done through Sadbhavana in the last 15 years and what results have accrued. It will at least lead to re-prioritising of available funds. More importantly, if the idea is to do good and not build benches, then probably the army needs to step back and work through some selected, credible non-government organisations. This will free its human resources to actually do what they are supposed to do and will also remove the stigma of an operation from genuine charity. Perhaps, then the programmes, especially educational ones involving coaching, can be extended to towns, where the real societal decay has happened in the last 25 years because of extensive politics, curfews and strikes.

Operation Sadbhavana may be a good idea, but even good ideas need fresh infusion of imagination and courage.