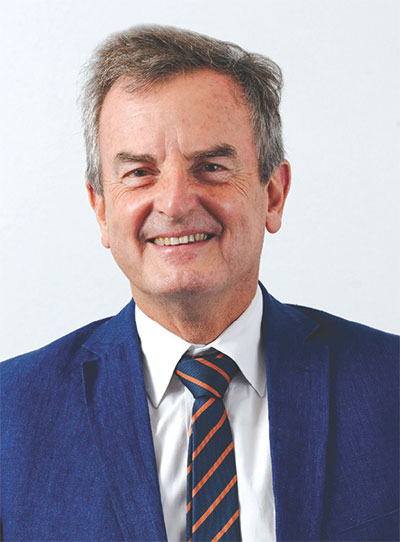 What is your assessment of the Indian market for Thales’ defence business in 2019?

With new initiatives and policy decisions on several fronts, the Indian defence sector is moving towards an era of self-reliance. The Indian defence sector has seen robust growth over the last year. As India has progressed and built capabilities in its air, naval and ground combat services, Thales has stood by with stellar support. Thales started its operations in India in 1953, and since then the company has been a long-term supplier of globally acclaimed solutions for combat aircraft, air defence systems, sensors (ground, ship-borne and airborne), tactical communication and military avionics, among others to all three branches of the Indian armed forces.

Strong economic growth coupled with the will to modernise its armed forces enables India to stand tall as a defence manufacturing hub in the region. We are ready to partner with the country as always and help build and strengthen its homegrown defence industry.

Which components from Thales will be included in the Rafales being procured by the Indian Air Force?

Today, combat aircraft need to perform multiple roles, ranging from reconnaissance to air defence and precision strikes, in the course of a single mission. The Rafale fully meets these requirements, thanks to the sophisticated electronic equipment and systems equipping the aircraft from nose to tail.

Thales technology enables the Rafale combat aircraft to conduct a broad range of missions, day and night, and in all weather conditions. Pilots make decisions based on an extremely precise awareness of the tactical situation.

Is Thales partnering with Indian firms as part of the ‘Make in India’ initiative?

Thales’ localisation strategy to develop a strong industrial footprint in India is in line with the government’s ‘Make in India’ policy. We have strong workforce of over 1,500 people working both directly with us as well as indirectly through the supply chain partnerships built with Indian companies. Our plan is to triple this number in the next two-three years as we are looking forward to developing capabilities for local engineering, procurement from India and strengthening our local partnerships.


We have been working closely with Hindustan Aeronautics Limited (HAL) for over 50 years. We also have a strong working relationship with Bharat Electronics Limited (BEL) with whom we have formed a joint venture (JV) BEL-Thales Systems Limited (BTSL) dedicated to civilian and select ground-based military radars. With BTSL, Thales is jointly developing the PHAROS fire control radar for gun and missile systems that will cater to both domestic Indian and international markets. BTSL will also be undertaking the production of the LBREC – Low Band Receiver of the self-protection suite of the Rafale. Thales also has JVs with Samtel, L&T Technology Services and Reliance Aerostructure.

Last year, Thales signed a Memorandum of Understanding (MoU) with MKU Limited for strategic co-operation in the development and production of optronic devices. We have also signed an MoU with Bharat Dynamics Limited to explore the transfer of technology of the STARStreak missile capability to India with the support of the government of the United Kingdom.

Thales continues to work together with the local industry and bring advanced technologies to the country. Our objective is to make in India as well as export from India.

What are the latest developments regarding the Mirage 2000 upgradation programme?

The Indian Air Force (IAF) has been integral in safeguarding the country’s sovereignty and securing Indian airspace, along with the other branches of the armed forces. We have been committed to supporting them in mastering every decisive moment.

In July 2011, Thales and Dassault Aviation signed a contract for the upgrade of Mirage 2000 fleet. This programme serves the strategic requirements of the ‘Make in India’ policy of the Indian authorities.

As a result of the upgrade, the IAF will now be equipped with a coherent platform-system combination for the next 20 years. Owing to this development, its air potential is expected to get further enhanced by the integration of new capabilities. These include longer-range detection across the entire spectrum, improved and advanced tactical situation awareness, longer-range weapon firing against multiple simultaneous targets, weapon stealth and an extended operating envelope with the capability to engage ground targets whilst countering airborne threats.

What is the purpose of the Engineering Competence Centre that Thales is setting up in India?

The new Engineering Competence Centre will expand our footprint and cement our long-standing relationship with India. It will be a first-of-its kind engineering centre in India that will focus on software and hardware capabilities in the areas of civil as well as defence businesses, serving Thales’ global needs. We seek to hire over 2000 engineers in the next three to five years for this Engineering Centre.

Can you give details about Thales’ tie-up with IIT-M?

Collaborating with the world’s most dynamic universities is a key aspect of innovation at Thales.

In March 2018, Thales signed an MoU with Indian Institute of Technology (IIT) Madras for a jointly supervised PhD fellowship scheme. Last December, this partnership took another step with the purpose of collaborating to design a SHAKTI RISC-V processor compatible with the highest Safety Critical standards.

By adopting an open approach to both hardware and software, this joint effort will create new opportunities for the design of mission-critical systems in all sectors, including aerospace, space, automotive, rail transport, security and defence.

Thales also has partnerships with more such prestigious institutions like Indian Institute of Science (IISc) Bangalore, IIT Bombay and IIT Delhi for joint PhD fellowship schemes. These agreements underline our research focus and collaborations with academia to create technologies for smarter and faster decision making for problem solving in complex situations.

Are there any on-going naval projects?

With more than 50 years of experience as a provider of naval equipment, systems and services, Thales offers naval forces around the world unrivalled expertise and proven operational benefits. Thales understands how naval and maritime affairs are evolving today and leverages those insights to help ensure the success of a broad range of naval missions around the world. As of 2017, equipment and systems designed by Thales are deployed by more than 500 vessels serving in 53 naval forces around the globe. As a reliable partner to the Indian Navy, Thales has been actively supporting its modernisation and indigenisation efforts. Some of the contracts in the naval segment include electronic warfare systems, anti-submarine warfare sonar systems and mine-hunting solutions and long-range surveillance radars (LW08 and DA04), among others.