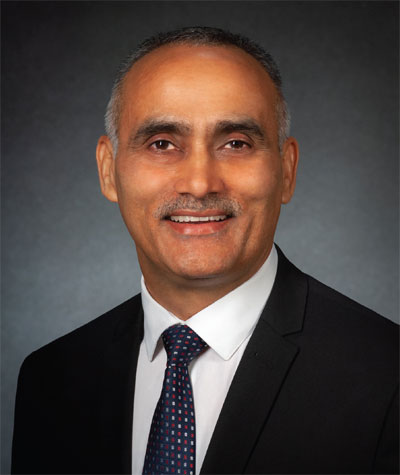 Our successful ski-jump tests conducted last year, and extensive simulation studies prove that the F/A-18 can operate from the Indian Navy aircraft carriers and will meet or exceed the STOBAR performance requirements of the Indian Navy. Several innovative solutions related to carrier compatibility have been offered to the Indian Navy to integrate the Super Hornet with their carriers. Some of these solutions are currently being developed by our technology teams in our engineering and technology centre in Bangalore.

Boeing’s Block III F/A-18 Super Hornet offer to the Indian Navy is the most advanced, multi-role, frontline fighter of the US Navy, with a rapid technology insertion plan that will outpace threats for decades to come. This next-generation aircraft is ready to protect Indian armed forces from current and future threats.

Besides, the two-seater version of the Super Hornet is carrier compatible and allows the entire inventory (single as also the two seaters) to be available aboard the carrier during operations unlike other carrier borne fighters whose two-seater versions are available only for training ashore, forcing their users to leave them in hangars when the carrier sails away for operational missions. Further, the two seaters offer several unique advantages by way of their ability to embark certain missions from the carrier that benefit from having the second crew member. They also offer an opportunity to develop interface between manned and unmanned assets more optimally.

After the compatibility of F/A 18 Super Hornets Block-III was proven from STOBAR carriers there was talk of combining the Navy’s procurement of multirole carrier-based combat jets with the IAF’s 114 aircraft. Has Boeing received any further communication regarding the same from the Indian Navy?

We continue to have discussions with the Indian Navy on their requirements for the Multi-Role Carrier Borne Fighter programme. Boeing’s Block III F/A-18 Super Hornet on offer to the Indian Navy is the most advanced, multi-role, frontline fighter of the US Navy, with a rapid technology insertion plan that will outpace threats for decades to come. With regard to your question on combining the Navy and the IAF requirement, we’ll defer you to the ministry of defence.

Boeing recently completed the delivery of the 11th P8I aircraft. When is the delivery for the last one scheduled?

As you have noted, Boeing recently delivered the 11th P-8I to the navy, which was the 3rd of the four aircraft to be delivered under the option contract for four additional aircraft. The 12th aircraft is scheduled for delivery in the first quarter of 2022.

How have you been working with Indian Navy to support the P-8I?

Boeing’s integrated logistics support delivered through Boeing Defence India provides holistic lifecycle solutions for defence customers in India, enabling the highest state of fleet-readiness at the lowest possible cost. Boeing is currently completing construction on a Training Support & Data Handling Centre at INS Rajali, Arakkonam, in Tamil Nadu, and a secondary centre at Naval Institute of Aeronautical Technology, Kochi, as part of a training and support package contract signed in 2019. The indigenous, ground-based training will allow the Indian Navy crew to increase mission proficiency in a shorter time while reducing the on-aircraft training time resulting in increased aircraft availability for mission tasking. We are also leveraging the Indian industrial base of 275+ partners to supply indigenous equipment on the P-8I and the repair of critical components. With Air Works Engineering, we have been successfully addressing heavy maintenance checks for the P-8I from India. Further capability development planning is in progress to support the growing P-8I fleet, improving the local aviation ecosystem while ensuring quicker turnaround for the Indian Navy.

Could you elaborate more on the Indian Navy’s interest in additional P-8Is and the sustainment services that Boeing provides?

The Indian Navy is the largest P-8 customer outside of the United States. The P-8I’s unmatched maritime surveillance and anti-submarine warfare capabilities, versatility and operational readiness are uniquely qualified to perform a wide range of missions across the Indian Ocean Region. The P-8I has proven to be an important asset to the Indian Navy. We do believe that the navy has requirement for more P-8Is and we stand ready to support them.

With regard to P-8 sustainment services, we are currently supporting the Indian Navy. We are also in the process of setting up very advanced training devices at Arakkonam and Kochi, which are expected to be commissioned later next year.

Tell us about the F/A-18 sustainment plans from India.

Ensuring mission-readiness for our customers and providing them seamless services and support on our platforms is an imperative for Boeing. Our sustainment programme, ‘By India-For India’, is built on the success of existing programmes that Boeing is executing for the Indian Air Force and the Indian Navy today, that includes the C-17, P-8I, Head of State aircraft, Chinooks and Apaches.

Our sustainment plans will focus on developing select capabilities in the Indian supplier base with the aim to maximise localisation of lifecycle sustainment. The Super Hornet is powered by same family of engines powering India’s indigenous Light Combat Aircraft inducted by the Indian Air Force. The commonality in engines would create scale efficiencies for potential sustainment opportunities in India in the future.